My son has been brainwashed!

Email ThisBlogThis!Share to TwitterShare to FacebookShare to Pinterest
Creatively speaking, its been difficult to find subjects to elaborate on because frankly, I've been burned out with work so blog ideas haven't been exactly free-flowing. Rather then force myself to expound on a topic solely for the purpose saying "I posted something", I decided to take some time off from writing. So I waited....waited....and waited some more for that brand new concept or idea to suddenly appear out of nowhere.

Then, as I was playing with my son Nathan earlier this week, a song appeared on the television in the other room loud enough for him to hear. Most of the time, he ignores the TV because he's too involved in trying to torment the dog, gain entrance into the DVD cabinet or banging his Fisher-Price plastic wrench on the closet door in an attempt to tell us that we need to get the vacuum cleaner out so he can try to plug it in the wall.

But this time was different. The song on the TV stopped him in his tracks. He turned around, practically running into the family room to catch a glimpse of what was on the TV. To my surprise, the song was eerily familiar. Where have I heard this before? As I turned the corner, my jaw hit the floor. The character that I swore years ago would never be apart of the life of any future child of mine was brain washing my dear son with his goofy, cheesy, jolly, sing-songy garbage. 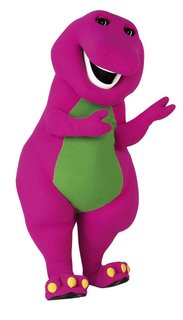 You guessed it: BARNEY!

And guess what. Later on that day, Sesame Street was on and that freak Elmo made an appearance dancing around in all his effeminate glory. And sure enough, my son was glued to his every move. What the hell was going on? 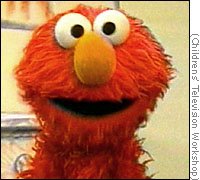 Forget Cookie Monster or Grover or Snuffelupagus (incidentally, his first name is Aloysius), Elmo and Barney have lewered my son into the deep, dark, girly, puppet abyss with no way out. As a resul of my stunning discovery, my pool of blogging subject matter has been reduced to this: BARNEY AND ELMO.

Honestly, I have nothing else to add but this: I can't wait for the day when my son snaps out of his hypnotic trance induced by Barney and Elmo. Maybe by then, he will understand that Elmo and Barney are nothing but evil red and purple, furry freaks whose sole purpose in their fictional lives is to torment parents. How I long for that day.

Email ThisBlogThis!Share to TwitterShare to FacebookShare to Pinterest
After almost 2 weeks of cold weather, we finally had a killing frost (overnight low: 26) last night which abruptly wiped out most of our leftover summer flowers which I never brought inside. 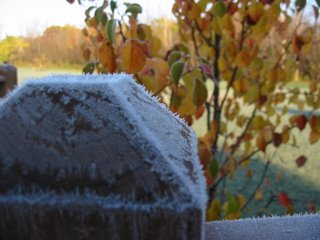 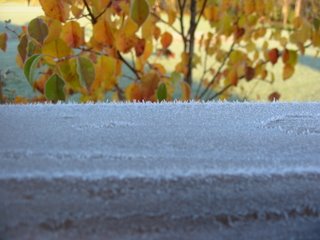 Email ThisBlogThis!Share to TwitterShare to FacebookShare to Pinterest
So the wife and I finally finished painting the bathroom. Correction: she painted 90% and I rerolled two of the four walls after she put the first coat on. Anyway, as much as I like being a participant in picking out colors and other decorating items for the house, the prospect of painting anything makes me nervous and impatient. Now I'm a decent painter but since becoming a father, I've become way too highstrung to stand in one place for what seems like an eternity while developing a touch of carpal tunnel as I repeatedly recreate the scene from The Karade Kid: "Wax on, wax off, Daniel-son."

My wife says that painting relaxes her. She can have it. In retrospect, its a great feeling after the job is done seeing the final masterpiece. But I'd much rather build something like an addition on the house or repave the driveway with an asphault paver than be cooped up in a 4 by 4 bathroom with no ventilation just to spread Sherwin Williams' color number 1357634 otherwise known in Sherwin Williams circles as "Enticing Red." This isn't a box of Crayola Crayons, this is semi-gloss, interior paint. Unless the can comes with a built in sharpener, leave the fancy names behind.

The bathroom painting project took nearly 10 days to complete but now it is done. Ah but the projects have just begun. Finish the dining room, repaint the family room and then the basement. I plan to utilize some power tools in lieu of a brush.
at 5:27:00 PM Posted by Scott Sabol No comments:

Email ThisBlogThis!Share to TwitterShare to FacebookShare to Pinterest
Our trip to upstate New York was great! A bit cool and a brief period of rain but all in all, it couldn't have been better. Our son Nathan now refers to himself as "Nay-Nay".

On the 5 day hiatus from everyday life, my wife and I for one of the first times had a chance to observe him from morning to evening without interruption. It's almost as if his level of comprehension is increasing not at a linear rate (a little bit everyday) but at an accelerated rate. He now knows what the word "weedeater" is and will get your shoes, try to put them on you so you can take him outside to play with it!

Here are a few pictures of all of us. 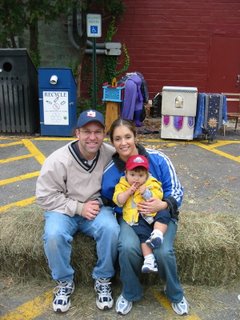 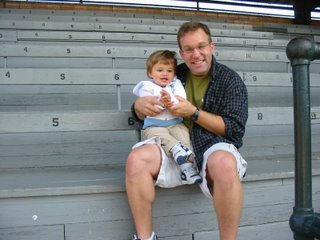 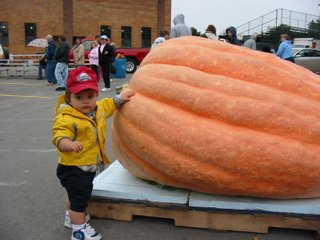 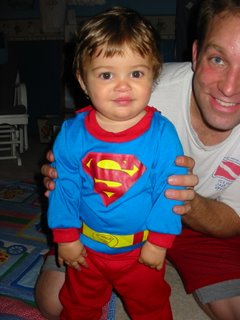 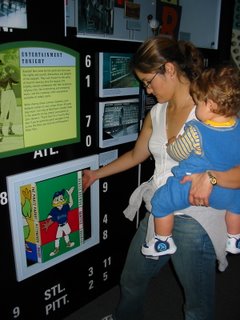 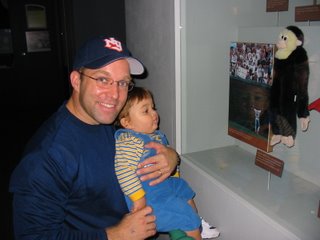 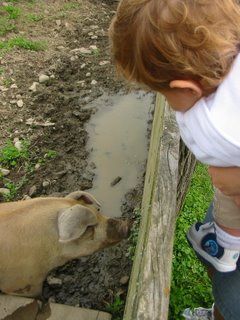 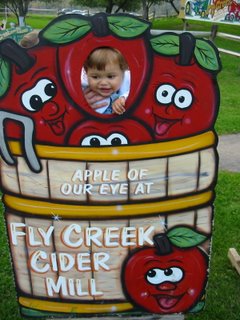 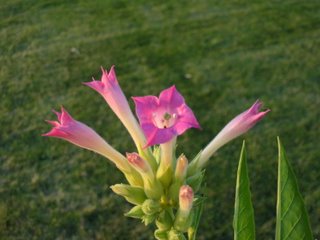