Email ThisBlogThis!Share to TwitterShare to FacebookShare to Pinterest
Just a few pictures that I forgot to post the last time. 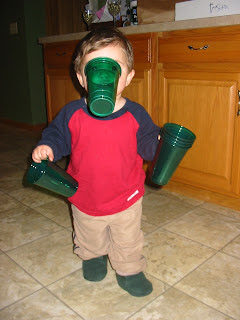 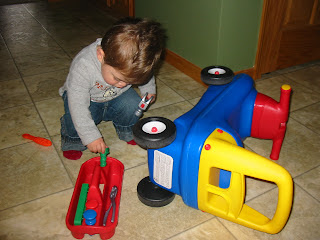 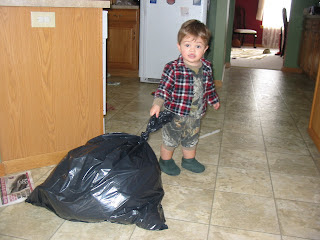 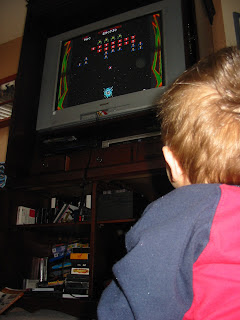 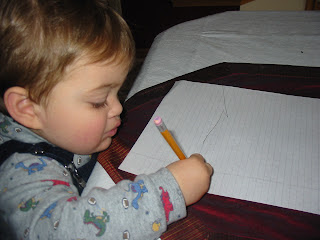 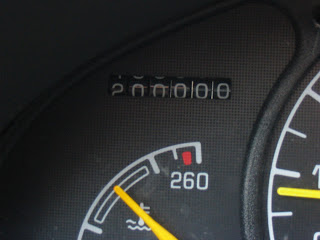 Back in the 70s and 80s, you rarely heard of people driving cars with much more than 100,000 miles. Nowadays, its fairly common. The new watermark of high mileage is now 200,000 or better.
Yesterday, on February 22, 2007 at 3:13PM, my 1997 Pontiac Grand AM just eclipsed the 200,000 mile barrier! And let me tell you, it was every bit exciting as you would think. To be honest, this narrative really won't do the experience justice. So I'll do my best in chronicling the minute of so leading up to the apex of odometer longevity.
The last 20 miles or so as I watched the odometer roll as I thundered down the interstate were filled with anticipation. So much so you could cut it with a knife it was so thick...

...199,983. A quick exercise in mental math revealed that I had 17 miles to go. I continued unabated at 68 miles per hour in a northeasterly direction to work.

...199,992. Traffic density started to increase as a few other interstates converged at my location. If this increase in traffic continues, I thought, I'll have a veery difficult time pulling over to take a picture of the odometer if the "big roll" occurs. 199,995....I trudge on.

...199,997. Only three miles to work and coincidentally, only three miles to the promised land. Will I have to drive a few laps around the parking lot to finish the job or will it have to wait until my trip home?

...199,999.8. Should I try for the parking lot or should I wait? ehhhhh....crap. I quickly make a sudden change in my trip and veer down another a less traveled street to increase my chances at finding a spot along the side of the street so I could snap a picture of the odometer

...200,000 FINALLY!!! The milestone was reached. I felt the power. It was the greatest natural high one can achieve legally.

As all the numbers finished their tumble, I paused briefly to reflect what me and wife have been through in our travels since the Grand AM's purchase. I put'er into gear and finished my trip to work. The next milestone: 225,000.
at 6:17:00 PM Posted by Scott Sabol No comments:

Email ThisBlogThis!Share to TwitterShare to FacebookShare to Pinterest
After roughly 15 months on the World Wide Web, all of us at Evening With Sabs now present our 100th posting. For parts of this post, I will try my hand at the ever-popular literary device:
FORESHADOWING. I hope this doesn't suck.

So I went to a Mardi Gras party over the weekend.

Anyone who knows me knows that I'm not Mr. Party-Guy but I do like to throw a few back and relax while talking about random topics ranging from the weather to American foreign policy.At the risk of someone reading this who was present at the party, I'm about to make an observation that is as esoteric as it is ambiguous.

For the very first time in my life, I have observed the strangest amalgam of person ever. There, at that party stood the exact cross between Edward James Olmos and Cousin Itt. Granted, others probably exist in the world but none as grizzled and as...well hairy. If you know who either of these famous individuals are then I need not go any further.

I nearly finished painting the basement on Sunday. That, in and of itself, isn't a big deal. But when you consider that on Saturday, I felt as if I was drugged into a state of ultimate lethargy due to exhaustion, painting a straight line was a feat analogous to walking a tightrope.

Baseball season is officially here. All players are now at spring training in either Arizona or Florida and I still have 16 inches of snow in my backyard.

On Thursday, a milestone will be reached that many wish to achieve someday and only a select few actually experience in their lifetime. More on this Friday or Saturday.
at 6:56:00 PM Posted by Scott Sabol No comments: 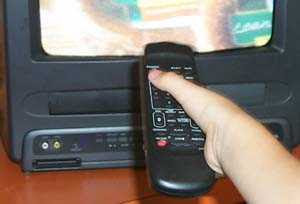 Don't tell me you never wondered who the mastermind was behind one of the most important, life-altering inventions of the 20th century. Well, that guy has passed.

For the entire story, check out this link. The ultimate measure of a man (or boy in this case) is how many tools he has and whether or not he knows how to use them. My son is learning fast how to act manly. These pictures (along with a few random ones) tell the story brilliantly.

Disclaimer: We here at Evening With Sabs DO NOT endorse or promote underage drinking. Drywall and an 18 Month Old

Email ThisBlogThis!Share to TwitterShare to FacebookShare to Pinterest
Would you watch a movie titled: "Drywall and an 18 month old"?

Stay tuned for the big release of these never-before seens stills of this epic flick.