In the event that you really want to know who gave up Bonds' 331st homer then this list is for you courtesy of baseball-reference.com. Even if you don't like Bonds as a player, you can still respect the list as it is impressive. It isn't until you reach the bottom that you start to smell a "hint" of steroids and HGH...oops, I mean arthritis creme.
http://www.baseball-reference.com/pi/event_hr.cgi?n1=bondsba01
at 9:41:00 AM Posted by Scott Sabol 1 comment: 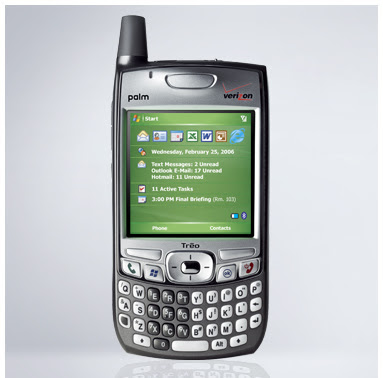 My wife and I have similar looking cell phones. We leave them sitting on the counter in the kitchen recharging when we're at home. For whatever reason, my lovely wife took mine instead of hers as she left for work. Of course, I was unaware of this until I was about 10 miles down the road.
I wasn't in the car for more than ten minutes and a sudden, overwhelming sense of nervousness washed through me as I tried to come to grips with my cellphoneless self.
I couldn't believe what was happening. "What happens if I break down? What happens if a family member needs to get a hold of me?" I thought. Never mind that prior to the mid 1990s, most people never had cell phones and if something happened while you were away from the phone, say in the car on a trip, you found out once you got home. If you broke down, you found something called a payphone. What happened to those things anyway?
All of that didn't matter and I still felt naked without my phone.
Over the last several years without even realizing it, that little cell phone had become a part of my day-to-day existence. Granted, I don't use it all that much but still, it was a dishartening feeling knowing that my only means of communication was missing. Imagine your life without a limb? You would eventually you learn to live without it but initially, the shock of having only one limb would be life altering.
So my metaphor is a bit of a stretch but today for about 45 minutes, I felt like my life was significantly altered. What the hell was wrong with me? Was I am becoming the person that I make fun of everyday as I drive to work? You know, FREAKY-CELL-PHONE-USER that has that damn phone permanently affixed to his or her ear. I hope not.
At least I had my PDA on me in the event that had to quickly parooze a PDF file in a pinch.
at 6:29:00 AM Posted by Scott Sabol No comments:

Big News from the Homefront

Email ThisBlogThis!Share to TwitterShare to FacebookShare to Pinterest
...Big News from the homestead. My wife and I are expecting out second child. Here are the ultrasounds to prove it...if you know how to read these things. 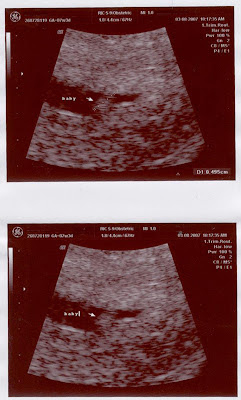 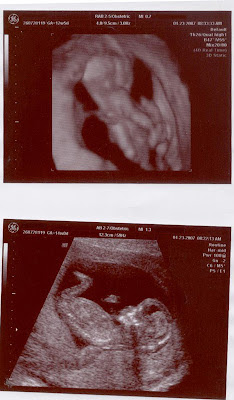 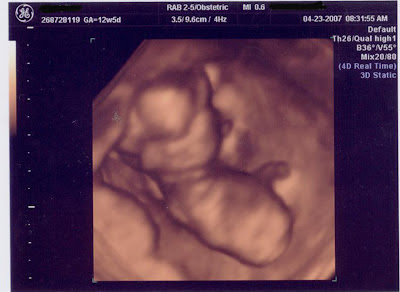 Email ThisBlogThis!Share to TwitterShare to FacebookShare to Pinterest
A Meteorologist friend of mine just emailed me aerial pictures of the devestation from the EF-5 tornado from early May. Here is the first. Click on this LINK for the rest of them. 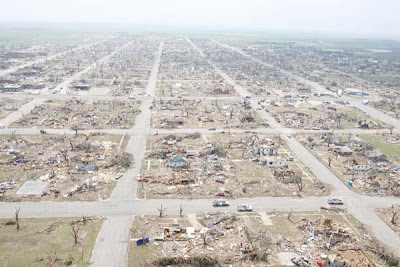 Pimped Out Cars...What Not To Do 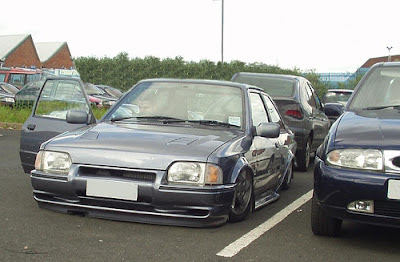 For the umpteenth time today, I saw yet another car all tricked out with a slick paint job, spinning rims and other stuff. If you want to get your car all decked out, fine. Go for it. I have no problem with it. But for the love of God and all that is holy, don't pimp out your car if you own a Ford Escort, Ford Espire, Chevy Cavalier or a late 80s, early 1990s model minivan.
I have nothing against these fine vehicles...
...wait, yes I do.
There is a reason that you own one of these vehicles and that is you don't have enough money to buy something better. I have nothing against people who might not make enough money for an expensive car. I'm one of these people so I sympathize. So why spend thousands of dollars creating a car straight from a rap video if you don't have the money for a fancy car in the first place?
Besides, pimping out one of these cars just isn't right. After all, who wants to look at ground effects on a Ford Escort? Who wants to look at a Dodge Omni with spinning rims and a modified muffler? Ever notice the owners of these cars as they rumble down the highway? You know they're telling themselves over and over again: "I look bad-ass. I couldn't look any cooler if I tried. Chicks will dig me now". They look as if they actually think their vehicle is the center of the universe and all other drivers should pay homage to their ride knowing that it probably came with an AM Radio standard when it first came off the assembly line.

Look, I know I'm more than a decade removed from college so call me "old school". If you want to get your car pimped out with ground effects and the like, make sure you own something that a, was made after 1997 and b, is not smaller than a riding lawn mower.
at 5:52:00 PM Posted by Scott Sabol No comments: