Email ThisBlogThis!Share to TwitterShare to FacebookShare to Pinterest
Before I forget any longer, my son just went number 2 on the potty for the first time last month. Of course, i got a picture of him showing all of us his excrement. 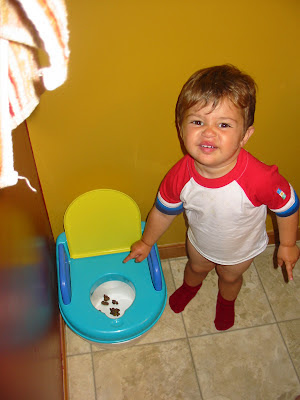 Forget steroids. Forget HGH. Forget greenies. Did you happen to hear about the ballgame last week between the Orioles and the Rangers? The final was.....30 to 3. This marked the first time in 110 years that a team scored 30 runs in a game. Amazingly, only 4 pitches were used. 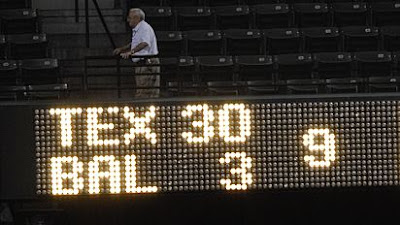 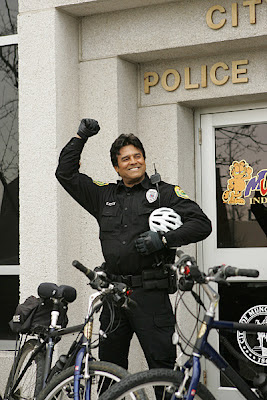 Can you beat this? I think not.
Eric Estrada, in his failed attempt at a "comeback" in this new show on CBS called Armed and Famous earlier this year which lasted all of five episodes (Estrada only in 2 of them), decided to get tasered in episode one. Listen to his description of what after effects he noticed.
What I want to know is where is Larry Wilcox?
at 5:58:00 AM Posted by Scott Sabol No comments: 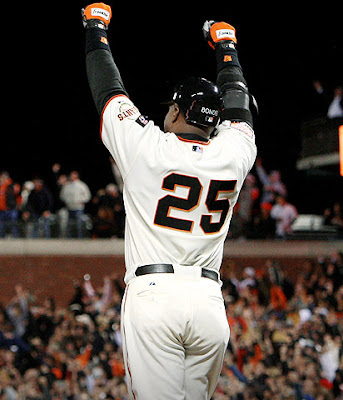 Barry Bonds has done it. He is the new homerun champion....

Of any record in sports, this is at the top of the list. Networks should have broken into programming to air each at bat leading up to it. Bonds should have been on every national morning show talking about the long trek leading to the record. How he was thinking of his dad every step of the way. He should be bombarded with questions with what it feels like to have hit more homeruns than any baseball player in major league baseball's illustrious history. A parade in his honor should be in the works at the end of the season. Kids should be playing ball in their backyards mimicking his swing imagining that they were the ones who were circling the bases on Wednesday night in San Diego at Petco Park at 11:51 E.S.T.

Instead, a cloud of suspicion hovers over this and many of his offensive feats like a perpetual fog.

Let me first begin here: Before I sat down to write this entry, I made a point not to incorporate the words "steroids" or "performance enhancing drugs" at any time aside from this sentence mentioning that I wouldn't do it. So to keep with the promise I made five minutes ago, the "s word" remains off limits.

I don't need to use those words to describe the feeling that I along with other baseball fans are experiencing right now. Whether your a baseball purist or a baseball progressive (whatever you call the opposite of purist), its real tough to get on board with this event that should have "feel good" written all over it. This should make Mark McGwire and Sammy Sosa's chase back in '98 seem like a typical day. Instead, the word "suspicion" is the adjective that encapsulates this achievement. That speaks volumes.

Trust me, I want to embrace this. I really do. I'm the first one to say that the players are not the only ones at fault in this era of "larger" than life players. Team Management, front offices, the players' union, the media and major league baseball from the commissioner on down are equally guilty of looking the other way. Everyone was making tons of money (in the billions according to some estimates), the game was flourishing after the '94 strike, Ripken just broke the consecutive games record and attendance was up. Hell, baseball couldn't have been better back then.

Here we are around ten years later. The homerun record was just broken and its just an afterthought in the media. What a travesty.

I am here to strip away the emotion of it all. Let's look at the history of all 756 homeruns in a vacuum without speculation. 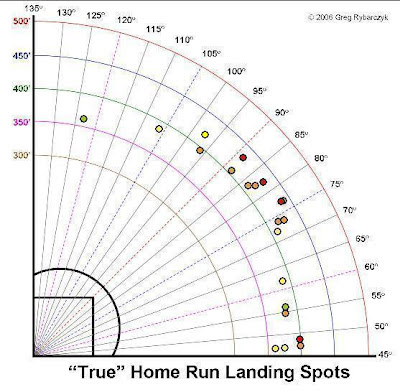