Financial magazine Forbes on Thursday published a list of the highest-paid TV celebrities.
The people on the list that really don't do anything the best I can figure are highlighted in boldface.

Hey, getting paid for little or no work is good thing. Feel free to add anyone to the "do nothing" list as you see appropriate.

Top Earning Athletes in each sport. Numbers also include endorsements. 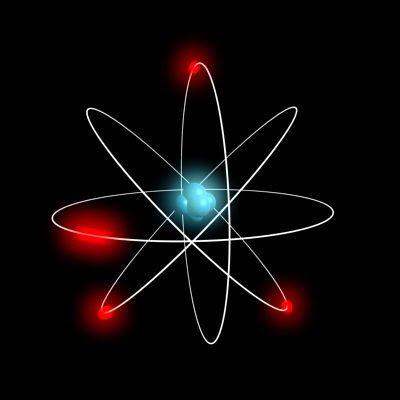 I've had this blog for almost 2 years and I have yet to incorporate the word "antimatter" in any posting. Rather than force the issue in some stream-of-consciousness rant, I feel better just cutting and pasting this article about not only antimatter but antimatter AND lasers!

I have no idea what the science means and frankly, nor do I care. All I know is if this appears at Radio Shack in the near future, I'm scoring one.

An exotic molecule built from electrons and antimatter is being touted as a route to powerful gamma-ray lasers.
An electron can hook up with its antiparticle, the positron, to form a hydrogen-like atom called positronium (Ps). It survives for less than 150 nanoseconds before it is annihilated in a puff of gamma radiation. It was known that two positronium atoms should be able to bind together to form a molecule, called Ps2, and now David Cassidy and Allen Mills from the University of California, Riverside, have made that happen. First, they trapped positrons in a thin film of porous silica. Those positrons captured electrons to form positronium atoms, and the pattern of decay rates signalled that some of these atoms had teamed up to form Ps2 (Nature, DOI: 10.1038/nature06094).
If positronium atoms could be forced to merge into a kind of "super-atom" condensate, it would decay in bursts of identical gamma rays, which could lead to gamma-ray lasers a million times more powerful than standard lasers. "It's like comparing a chemical explosion with a nuclear explosion," Cassidy says
at 10:46:00 AM Posted by Scott Sabol 1 comment: 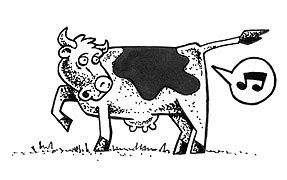 Remember back in 1997 when El Nino was the catch phrase and it was common to link EVERYTHING to El Nino? "Boy, my arthritis is acting up. Must be El Nino. Man, that chicken soup didn't turn out like I wanted it. yep, must be El Nino." And the list went on and on...

Global Warming is now getting the same treatment like the El Nino fad 10 years ago. Yes, red Meat consumption and Global Warming are linked according to the latest article in the medical journal The Lancet.

Here is an exerpt from the original Associated Press story:

"...Eating less meat could help slow global warming by reducing the number of livestock and thereby decreasing the amount of methane flatulence from the animals, scientists said on Thursday. In a special energy and health series of the medical journal The Lancet, experts said people should eat fewer steaks and hamburgers. Reducing global red meat consumption by 10 percent, they said, would cut the gases emitted by cows, sheep and goats that contribute to global warming...If people knew that they were threatening the environment by eating more meat, they might think twice before ordering a burger," said Geni Brewster, nutritianist.

Are you freaking kidding me!

I am all for protecting the environment. While I don't subscribe to the notion that the earth will heat up and boil away in 200 years (the science for my conclusion is reserved for another time), I realize that economically, we must rely on other forms of fuel and curb others. Going green shouldn't be something that is pushed for by politicans, it is just plain common sense. I get that. I really do.

But now, we have to stop cows from farting to save the planet? The next

Sure, eatting less red meat is good for your diet. And yes, methane from cows is a source of methane emissions in the atmosphere. But I'll be damned if I'm quitting my weekly steak.

(Oh yes, just because I mentioned the economical aspect of environmental change, don't label me a super-conservative republican. Regardless of your political persuasion, I think we all want to save a buck so leave political stereotypes out of it.)
at 8:06:00 AM Posted by Scott Sabol 4 comments: 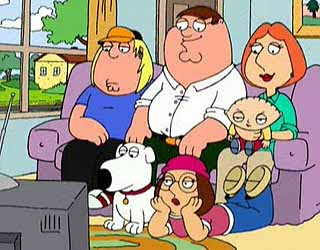 This might not be worthy of a first posting for the month but its information that I've been jonesing for. The Family Guy is back on the air September 23rd with episode 99 titled "Blue Harvest". The show synopsis:

With the Griffins stuck at home during a blackout, Peter begins to tell a story, which leads to a Star Wars flashback. Acting out scenes from Star Wars Episode IV: A New Hope, Peter plays Han Solo, Lois is Princess Leia, Stewie becomes Darth Vader, Brian plays Chewbacca, and Chris is Luke Skywalker. Cleveland and Quagmire will play the parts of R2-D2 and C-3PO, while Herbert is the wise Obi-Wan Kenobi.
Personally, I await the episode titled "Tales of a Third Grade Nothing" named from the super popular Judy Blume book or the episode titled "Believe it or not, Joe's walking on air". Will William Katt make a guest appearance?