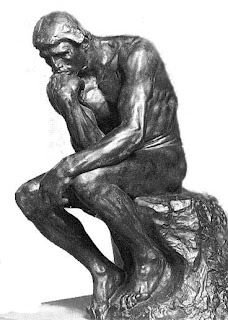 In this day-in-age of instantaneous information, dwindling patience, and quick self gratification so glorified on TV in the marketing of products and entertainment to the younger generation, most have lost focus on what striving for perfection is in everyday life. I guarantee if you ask a hundred people from the age of 18 to 25, most would say "perfection" means making lots of money, achieving a level of notoriety and the accumulation of lots of stuff.
Call me old-fashioned but there is so much more to life then a large bank account, a garage full of cars or a wall full of top-of-the-line entertainment hardware. Sure, imagining a Brinks truck
backing up to your front door with bag and bags of cash emptying out into your living sounds pretty exciting but that's not the point. (That said, do you know anyone who has had this happen to them? Didn't think so).
The drive toward Perfection manifests itself in every facit of daily life. In the workplace, the road to perfection is challenging yourself while creating a good product for your employer.
Your relationships with your significant other, your relationship with your immediate family as well as everyday friendships with people outside of the home are a constant work in progress. Our struggle to grasp and process the distinct human emotions inherent in each one of us that surface during our interactions only helps make those relationships at every level stronger and more fulfilling.
Our endeavor to be Perfect also lies in physical exercise, i.e. staying in shape, challenging yourself by pushing your body further while working out.
Spiritual perfection aims to solidify a deep-rooted foundation within our consciousness. It doesn't have to be attached to a specific denomination. For many, spirituality is more a philosophical or metaphysical exercise.
In general, reaching for perfection is a way of challenging yourself each day, not getting complacent while holding yourself in an ethical high standard. Its a never-ending cycle of improvement, a passion for making things better not only on a personal level but with family and friends and within our small segment of society in which we live.

Remember, according to the ancient philosophers, if the world and everyone in it were perfect, it could not improve because it would be complete. What else would there be in life?

How boring is that?
Asking this question I guess is what makes us human.

I sincerely hope that as the younger generation gets older and more seasoned, they realize this. I have a strong feeling that they will.
at 11:38:00 AM Posted by Scott Sabol No comments:

THE 80s ARE FADING 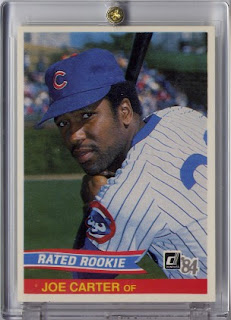 NOW, HOW MANY ARE GUARANTEED TO PLAY IN 2009 CONTRACTUALLY
GARY SHEFFIELD
PLAYERS THAT WILL MORE THAN LIKELY SIGN IN 2009
GREG MADDUX
RANDY JOHNSON
TOM GLAVINE
KEN GRIFFEY
JOHN SMOLTZ
JAMIE MOYER
HARD TO BELIEVE THAT 7 PLAYERS COULD BE LEFT FROM THE 1980s BY OPENING DAY 2009

THE WORST HITTER EVER

Email ThisBlogThis!Share to TwitterShare to FacebookShare to Pinterest
An article from Dugout Central

My assignment is to identify the worst hitter to ever play major league baseball. This is exactly the kind of article nobody wants to write. As soon as you pick a name somebody will argue that the player was a great fielder or that he was a clubhouse leader or an outstanding human being, and you’re just a big fat jerk who couldn’t hit a major league fastball with an oar. All of that might be true, but it doesn’t change the fact that somebody has to be the person who was the worst at every human endeavor. So with the understanding that I am making no judgments on any other aspects of this man’s life other than his ability to hit, let’s identify the worst hitter in history.

The first thing we have to do is identify how long you have to have played to qualify. It certainly isn’t enough to just be historically bad for a few at bats, or even a year or two. No, to be the worst hitter ever you need to have longevity as well as ineptitude. In order to qualify for this "award" a player has to have a minimum of 3,000 plate appearances.

Next comes the harder part: how do we measure "worst"? What I decided was that I would use career OPS+ to whittle the field down, then do a more detailed analysis on this (hopefully) small number of players. I used OPS+ because it’s adjusted for the era in which the player played and their home park and also because it only deals with hitting. The problem with using some of the advanced stats (VORP or Runs Created) is that these include stolen bases and I didn’t want to muddy the waters.

So I went to baseball-reference.com and used the "Play Index" to give me a list of the players with at least 3,000 plate appearances and a career OPS+ less than 75 (the average OPS+ is 100). What I found shocked me. There would be no need for a detailed analysis of a group of closely matched players for the title of "Worst Hitter Ever". No, the answer was clear, and his name is Bill Bergen. 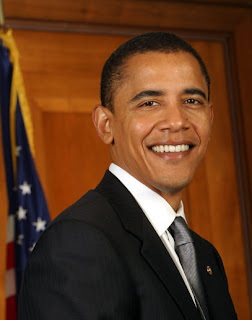 Congratulations go out to President-Elect Obama.
The campaign was hard fought but a well-deserved victory to the former Senator of Illinois.
Looking back at the last 6 months, the campaign had the feel of the 1992 days leading up to the election. The feel-good emotions of Americans from east to west dominated the national consciousness. Many are basking in the afterglow of the big win. To be honest, I never thought I'd see a Black President in my lifetime. Whether your a republican or democrat and consider that we're barely a generation removed from the Civil Rights Movement, its been a long time coming.
For John McCain, it was an uphill battle. I'm no Tim Russert but from what I can ascertain from living this election each day at my television job, we can pinpoint many reasons for his lack of support from states that historically lean Republican such as Ohio, North Carolina, Colorado, Indiana, etc. Regardless of what his voting record is in the Senate (historically moderate; much to the dismay of his conservative counterparts), he was guilty by association. McCain distanced himself from "W" but McCain could never shake the stigma of his Republican roots which hurt him in the eyes of a public that is paying for high gas prices, job loss, foreclosure and 401K losses in the trillions. Its not his fault but he might as well as have pulled the trigger on the credit crisis himself. For many in a year of economic distress that hasn't hit rock bottom, perception is reality especially when that reality is an empty wallet. Conversely, if the stock market hadn't crashed over the last 8 weeks, the race, at least electorally, would have been a lot tighter.
Now its down to business.
All of the beautifully orated speeches now have to translate into policy that is malleable to a volatile Congress that is filled with partisan history. What worries me is a Congress that is controlled by the same party that is in the White House. While it makes policy somewhat easier to get through the Congressional gauntlet and back to the President's desk, it pushes an agenda that is inherently Parisian contrary to what each party wants you to believe. Hopefully this is tempered by the urgency of action in the midst of this economic slowdown
Unlike Bush who was a hard-line conservative, Obama will need to be a pragmatic policy initiator and not a hard-line liberal. One such area that needs this treatment is the military and our foreign policy. In an ideal world, it would be great to sit down with ALL leaders of the world. But in reality, there are power plays between nations which in most instances supersede our idealistic picture of the U.S's position in the world. Obama's advisers will make this clear to him as his administration begins. Will we see a meeting with Obama and Mahmoud Ahmadinejad? I highly doubt it.
I, for one, would like to see some republicans in his Cabinet. Its time to eliminate this "members only" mentality.
An Obama presidency virtually can only help to mend scarred relationships with any European leaders by his party affiliation. Bush ticked off many with his Iraq debacle. A Democrat, at least early on, will only help.
An Obama presidency will improve consumer confidence, again by his Republican non-affiliation. The US and Global consumer wants change from the status quo. This will offer some solace.
The economy hasn't hit rock bottom yet. The financial sector collapsed. The money supply has tightened. Businesses are shrinking. Unemployment is rising as is inflation. GDP is growing but its negligible. Many suggest that unemployment will rise even more in 2009 as the GDP flattens more. We shouldn't expect much from any new administration in 2009 or even early 2010 given this economy even with new policy. The market has to purge itself of the contagions that plague it which means more job losses independent of any new president.
Mark my word, people will want change quick. The after glow of "change" will fade quick as head into next summer. People must learn to be patient regardless of the party or presiident. This is hard to say but we must give it two years. Second half of this initial term will be the first big economic test.
Those are my thoughts. Let's be patient and see what happens.
at 7:58:00 AM Posted by Scott Sabol No comments: