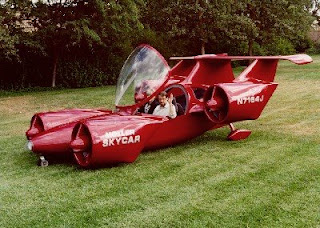 The new year of 2009 is upon us; the decade is almost history. I am the proud father of two beautiful children, happily married and in good health. But something is missing. I've been trying to put my finger on it since the days leading up to New Years. It wasn't until this morning that I realized what this "something" was. When, or more importantly how, did this "something" evolve into this missing element in my life? For the answer, we had back to the decade of 80s.


Back in the yesteryears of the 1980s when the popular movie genre was action adventure/scifi with advanced computer technology themes sprinkled throughout, hollywood writers painted one of two plot scenarios. The first dealt with some sort of post-apocalyptic, dystopian world filled with all of the negatives humanity could offer. The second painted a picture of a society in the future with technological advancements exponentially ahead of the time that, in retrospect, were highly exaggerated and not even close to our real life present day of 2009. Like most viewers, I bought into both of these premises as the most logical and realistic future of the country and the world as seen through my young, clairvoyant, adolescent eyes with limited life experience with only the decade of the 80s as a starting point.
The thought of nuclear annihilation and a subsequent world filled with a barren landscape with little to no assemblance of humanity was not particular appealing. So my mind quickly changed its heading from gloom and doom toward the promises of the future and what, say 2000, would be like.


WOW. The year 2000. By then, I would be old, an adult with responsibilities, a job, a family. Eeeesh. In 1985, this was an overwhelming pile driver of a foreshadow that my imagination subconsciously drove into the center of my psyche so violently that I was certain this wasn't a plausible future reality. This wasn't because of its distance relative to 1985 but because of it having absolutely nothing remotely similar to my life at that time. I was 10 years old. Video games, riding my bike and playing baseball were my responsibilities. Jumping ramps and playing whiffle ball were to me in 1985 as doing your yearly taxes are to an adult. These activities on the stage of life couldn't be more diametrically opposed. To this day, whiffle ball is incredibly more appealing.

For sure, computers would be the staple of the future, I thought. Just watch the movie Wargames to find one of the earliest uses of a modem in motion pictures. How cool was that to see a kid "communicating" with his school computer. Remember Cheyenne Mountain, the facility now called the NORAD and USNORTHCOM Alternate Command Center? The facility where the Air Force monitored the skies for incoming Soviet missiles during the gulf war? Very cool and scary stuff. On an unrelated note: A buddy of mine is still on the waiting list to visit. In this post-911 world, he'll be waiting a long time since it is now a back up facility.


Another component of the future would be a daily existence where everything was controlled by voice interface. Just say it and whatever it is that you are talking into would turn on, adjust to a different setting, make coffee, whatever. So far, aside from my cell phone, I have no such devices.


That "something" is FLYING CARS.


Where in the hell are they?


I drive down the freeway and I still see cars riding along the pavement. Why. Combustion engines are virtually the same. Tires are more or less the same. Dashboards are the same. We've got airbags, mp3 ready stereos, backup sensors, sensors that tell you your tires are low, sensors that tell you its 32 degrees and there could be ice on the roads. And yet, cars still can't leave the ground. Sure we have the hybrids out there now but they can't fly either. I hope that by the year 2030 when I am 56 that cars are at least levitating a few feet off of the ground. If not, the void in my life that could only be filled with the invention of flying cars will be emptier still.
at 11:36:00 AM Posted by Scott Sabol 1 comment: