Are 50 Degree High Temps in September Something New? 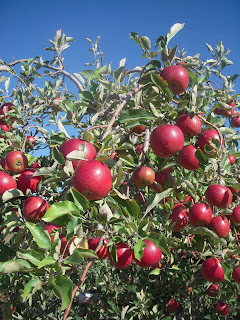 Its almost apple picking time!  The cooler temps are a bit early...or are they.

I ran some numbers looking back at all of the September high temps since 1901--all 110 years worth--to check for 50 degree high temperature occurrences.

If you are heading to high school games Friday night, the temps will resemble more mid-October than mid-September.  Frankly, I am ready  for it.

Lots of numbers so here are the highlights of what I found:

Days with temps in the 50s in September by decade:

How many occurrences of consecutive days in the 50s in September?:   45 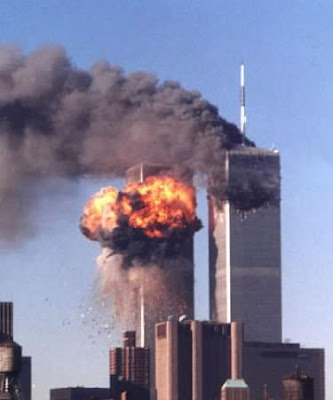 My memory of 9/11 actually begins the night before. My wife and I were--let the cold shivers begin--planning a trip to visit her friend in New York City. We were on the web looking at maps of the city familiarizing ourselves with the locations of the tourist attractions in relation to where my wife's friend lived in Queens. At that time, I had never traveled to New York City so street grid was as foreign to me as a city grid of Moscow.

I distinctly remember pointing to several spots on the map of Manhattan and Long Island that I wanted to check out on our trip. The Statue of Liberty, Central Park, Yankee Stadium, Greenwich Village and the of course, The World Trade Center. As we studied the map, I made mental snapshots of the region remembering how far Yankee Stadium was from the subway stop, etc. Time that evening was slipping away. I had to get up to go to work at the local NBC affiliate the next day. I was the morning meteorologist at WSAZ in Huntington, West Virginia back then so I needed to get up at 3AM.

The morning of 9/11 started out as normal as any other day. Our morning show started at 5AM. The news was fairly typically. No outlandish stories. The weather was quiet. I do remember a powerful hurricane off of the New England named Erin but that was heading away from land. We had just finished our 8:35AM news cut-in before we "tossed" our morning news to The Today Show. About 8:40AM, The Today Show interrupted their segment to show one of the The World Trade Center Towers on fire. The in-studio monitors all showed the fire engulfing multiple floors. The fire was big. It captured our attention. But at the time, not one of us watching EVER thought this was linked to something bigger, more global and temporally far-reaching.

One of our camera operators and I commented that it looked like someone hit the building with a rocket launcher from a nearby rooftop. Our conversation was purely speculative, half contrived for the sake of conversation and at the time not a bit realistic. We went back and forth, as news people do, debating how that was logistically very difficult. How could someone get a weapon through a building undetected we both said almost simultaneously. In the span of 15 seconds, we quickly dismissed it.

Our eyes were affixed to the monitors at 8:45AM. I was tense, rigid and more alert. So was my co-anchor. Nothing was said but we knew that something was terribly wrong. W all quietly attempted to persuade ourselves in thinking that this was an accident. Some electrical fire. Some gas line rupture. Keep in mind at this time, we had no official word it was a jet airliner that hit The World Trade Towers.

A few minutes later, Matt Lauer and Katie Couric were scrambling to inform us that a plane just hit the second tower. This was ON LIVE TV! Eye-witness accounts were all they had. We all said a "few colorful words" filled with anger, frustration and horror. We were all stunned. We just listened. Total silence in the studio. No one said anything. No talk of Iraq. No commentary on military retaliation. No link to Al-Qaeda. No comparisons to Pearl Harbor. No War in Afghanistan. Nothing prophetic. We sat and stood and watched as the events became--whether we wanted them or not--etched as a permanent memories. In no way did I think that these series of events would pervade our collective national consciousness for YEARS or a decade or longer. At the time, no one did.

In breaking news situations in television, your body language changes from one of relaxation to one that conveys rigidity and alertness. Your adrenaline surges. Your ability to disseminate massive amounts of information increases while simultaneously conveying the story in an intelligible way on camera as if it was scripted. Time doesn't go by slow or fast. It becomes frozen. There is no "did I do this right?" or "Will the segment look okay?". You perform in the present ONLY. Your instincts take over. Only in hindsight do you fully grasp the story and its complexity. We all did our jobs purely in the present. The morning of 9-11 was the same at the start. Yet the tone of our broadcasts soon became dreadfully different than anything we had done before.

The newsroom was scrambling to record the national NBC feed along with all other news feeds filled with new video of what was happening. The news alert beeps were non-ending as more video was ready to be recorded. Remember that this was before computer editing so everything was recorded VCR style. No real-time you-tube clips. No cell-phone video. No text messages. No real-time tweets. You waited at a tape deck for the satellite to "beam" you latest. The clanking of tapes into tape decks was deafening. Yet no one said "Al-Qaeda". No one said "Bin Laden". No one said "middle east terrorists". That would change as I went into my boss's office for my 6 month review.

We sat down and said a few things about my past 6 months work but he was only half paying attention. My boss--the best multi-tasker I've ever known--was bouncing around from jotting down notes on the coverage to juggling my file on his desk all the while answering the phone. I sat patiently waiting for the whirl of papers above his desk to settle. The phone stopped ringing. His note pad resting on his desk at arm's reach. He paused for a moment, looked out his window into the newsroom then to the bank of TVs on his wall and said, "Its Bin Laden. Its Bin Laden." I thought, "Who? What is talking about?". In 2001, the name "Osama Bin Laden" for most was unknown. Maybe a few remember him as architect of the USS Cole bombing in 2000. He was certainly not a household name like he soon would be.

My boss had the uncanny ability of having 20/20 hindsight vision in the present. He could see events happen before they happened then project into the future what the effects the event would cause. This is what made him an innovative news director. Either you accepted his unearthly ability or you let it consume you. After all, who is comfortable with their boss knowing what you would do before you would do it. In the weeks ahead, my boss's prophetic realization became the most pivotal, surreal memory of that morning.

As the next plane hit the Pentagon followed by Flight 93 nose first into the field in Shanksville, Pennsylvania, my review faded into the chaos of the morning. The rest of the day was a blur. National coverage continued as it would for a week uninterrupted even for commercials. No television shows just coverage of 9-11. Somehow at the time, it didn't seem enough.

By noon that day, most of the pieces began to fall into place. Two attacks in New York City at the World Trade Center. The collapse of both towers. Another plane attack, this time into the Pentagon. The other foiled attack on The White House resulted in the crash in Shanksville, PA. All were connected. Everyone knew life would be different from this point forward.

The Psychology of Climate Change

There are certain topics that can't be won if debated.  Climate change is one of them.  The cognitive dissonance experienced when I bring up the topic with people is powerful, almost surreal.

I admit it. I will often bring up climate change in instances where I know the group leans sharply to either side of the political spectrum to yield a sharper response. Regardless of their political persuasion, the emotional response are textbook: People react by siting examples of why their viewpoint is the correct one even though their logic and science is far from correct.  Then I respond with a piece of science or data that gently and politely refutes their viewpoint.  Their final response--purely a defense mechanism--is to blame someone else or some entity, i.e the government or a specific political party. "Its those liberals..." or "Its those Jesus-freaks..." or "Its the BIG government..." or "Its the BIG corporations...".   Its at that point that I realize their mind is made up.  Try as I might to stay unbiased and balanced in my approach or presenting my information; it doesn't matter.  Their confirmation biases already won, the conversation results in a total collapse of anything constructive and right into a chaotic mess of blaming others.