Most of the heavier rain will stay well south today. CHECK OUT THE CURRENT RADAR LOOPS AND CURRENT OHIO TEMPERATURES... 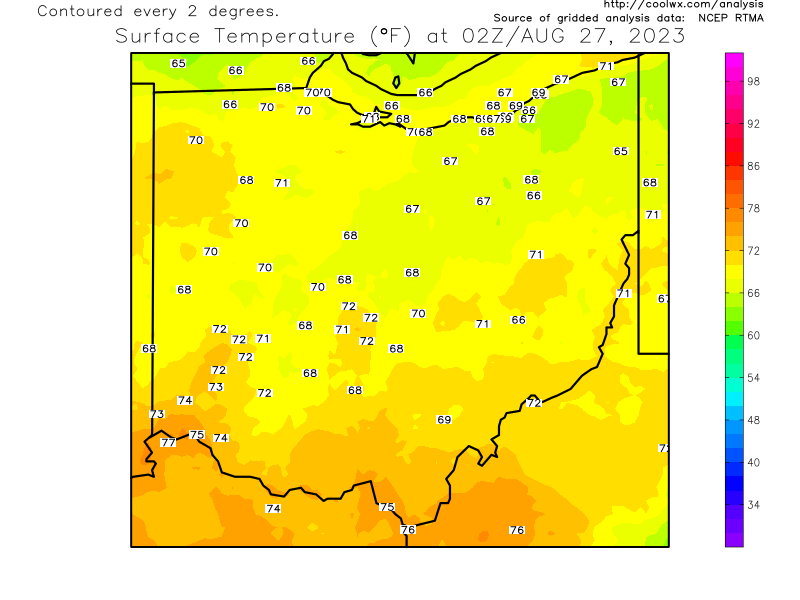 Are The Number of Toledo Extreme Rain Events Increasing?

Email ThisBlogThis!Share to TwitterShare to FacebookShare to Pinterest
Over the last week, I've read several articles on the increase in extreme rain events as a contributor to the increase in Lake Erie algae bloom frequency.  Here is some rainfall data I compiled for Toledo Metcalf Field. The data goes back to the late 1890s. Instead of using the entire year, I focused on the growing season period from April 1st through September 30th.
The period from 2000 to 2009 wasn't off-the-charts when compared to the 1900s, 1910s or the 1940s. Yet an increase since the 1980s is evident. In the first 4 years (through August 20, 2014) already 17 one inch rainfall events; 3 in 2014 alone.

1)  Are these rainfall numbers correct?

2)  Is there any record of significant algae blooms in the early 20th century?
If anyone can shed light on any of this, please let me know.

Does This "Cooler" Summer Mean A "Cooler" Fall?

Email ThisBlogThis!Share to TwitterShare to FacebookShare to Pinterest
In my last post, several drivers of this summer pattern were described in detail. Some of these carried over from the winter while the building somewhat weak El Nino (though not officially) has been a more recent factor. Some of these will no doubt carry over into the fall. 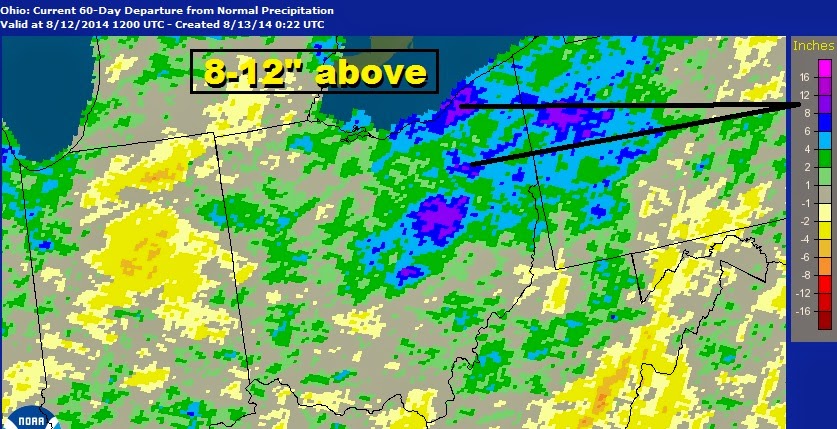 Let recap: Where does this summer rank through August 2nd?  24th "coolest" in the last 60 years.  We're only talking a few tenth of a degree from year-to-year in some instances. 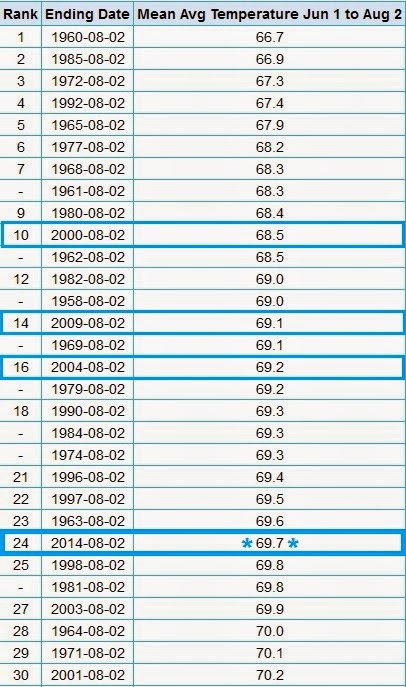 In those summer that were "cooler" than 2014, the September 1st through October 31st period in Cleveland, HALF WERE SLIGHTLY ABOVE NORMAL AND HALF WERE BELOW NORMAL.

After taking into account the summer drivers (slightly warm water across the tropical Pacific--not quite El Nino--and warm northeast Pacific Ocean), along with the weighted years from Dr. Joe B and Joe D, here is the analog for September and October combined. 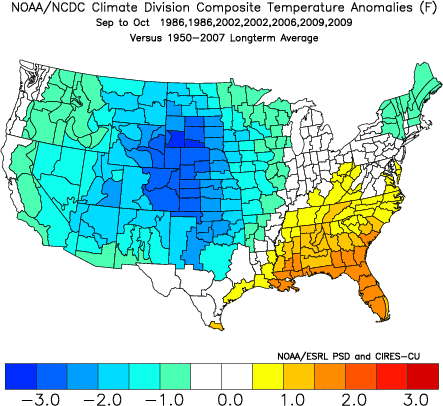 This shows that northern Ohio in fall, in those years that closely match with 2014, is normal to slightly above normal.
at 10:42:00 AM Posted by Scott Sabol 1 comment: