Email ThisBlogThis!Share to TwitterShare to FacebookShare to Pinterest
Heavy wet (packing) snow for Sunday across all of northern Ohio. This is a panhandle low-type system which are more common later in the winter when the seasons start their northerly transition to spring. This system is LOADED with moisture.


WINTER WEATHER ADVISORY mean selected areas are forecast to receive between 4-6 inches of snow in 12 hours.


While the wording of the advisory areas has changed, the snowfall forecast was lowered only slightly 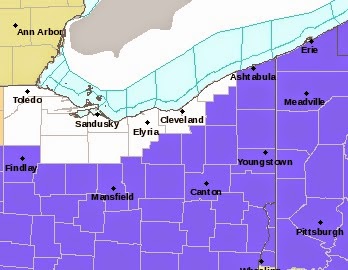 Current radar loops are below.

Snow will arrive predawn Sunday with the heaviest snow later in the day.


Remember that this system will last a good 12 hours with a few breaks in between.


Heaviest snowfall will be across southern counties. Less snow along the shorelines of  Lake and Ashtabula Counties.


FORECAST FROM EARLIER THIS MORNING... 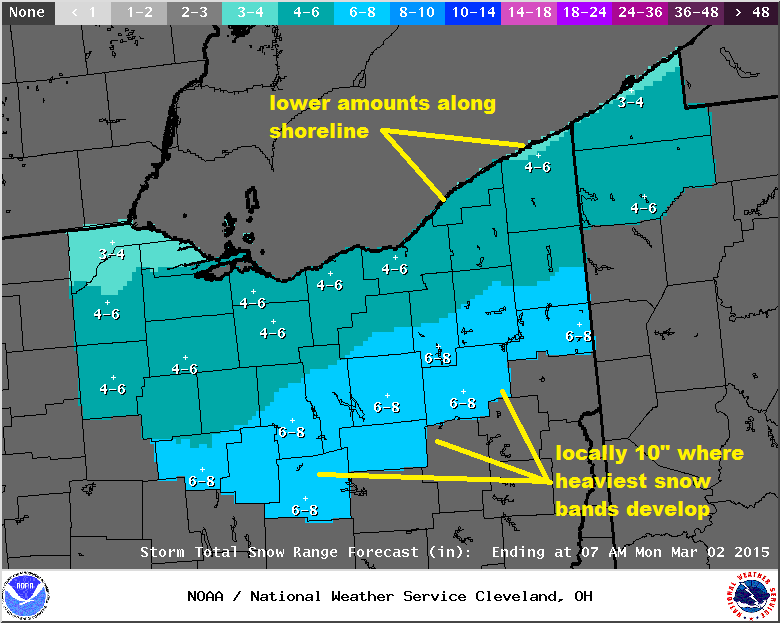 It took a while to clear the skies out Friday morning. But once the clouds dissipated and the winds died down, the temperatures dropped. -4 at Hopkins at midnight. By 5:45am, the temperature dropped to -17, the coldest reading since January 19, 1994, the 4th coldest EVER in Cleveland. It is also the COLDEST February temperature breaking the record of -16 set on February 10, 1899! 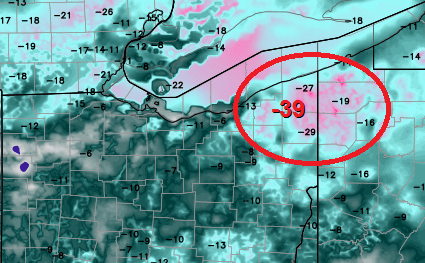 Look at what happened to the temperature in Rome, Ohio once the winds died down. The temperature dramatically dropped during the evening and especially since midnight. 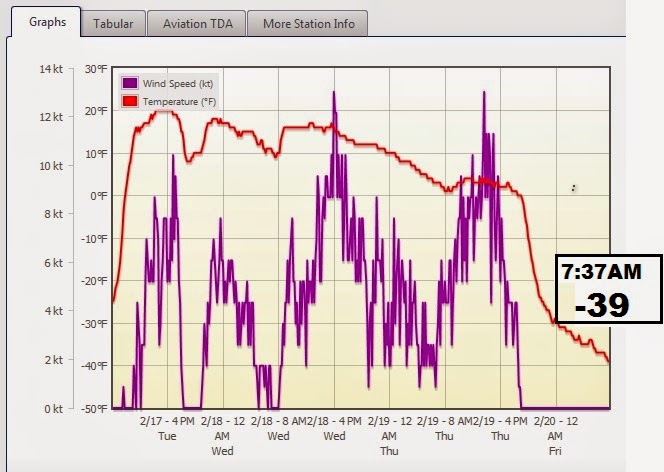 Issues developed around 6am on the roads around the area. When the skies cleared out with calm winds, frost formed on the dry pavement. The fresh glaze on the road surface with temperatures between -15 and -20 caused multiple accidents on the major interstates around Cleveland. 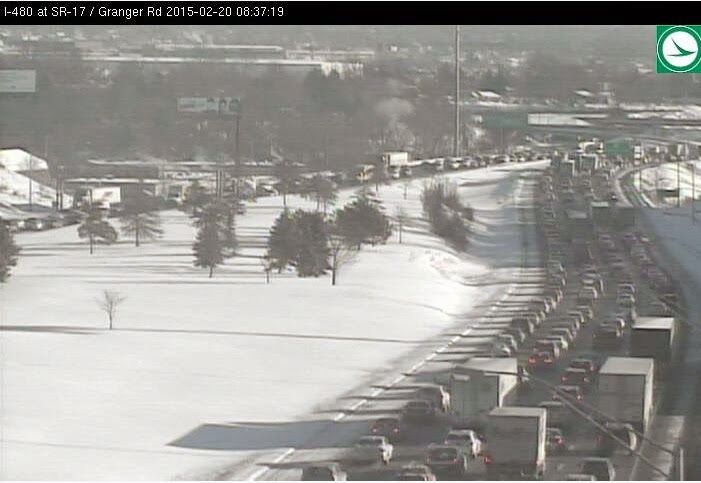 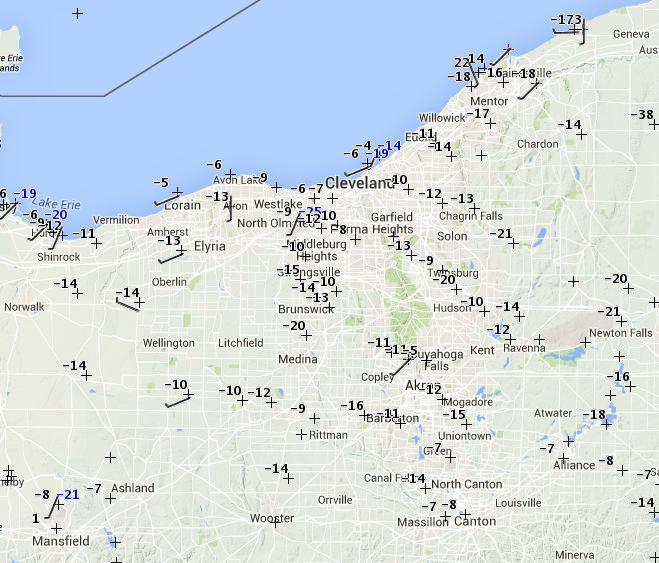 14% of the US is below zero this morning. 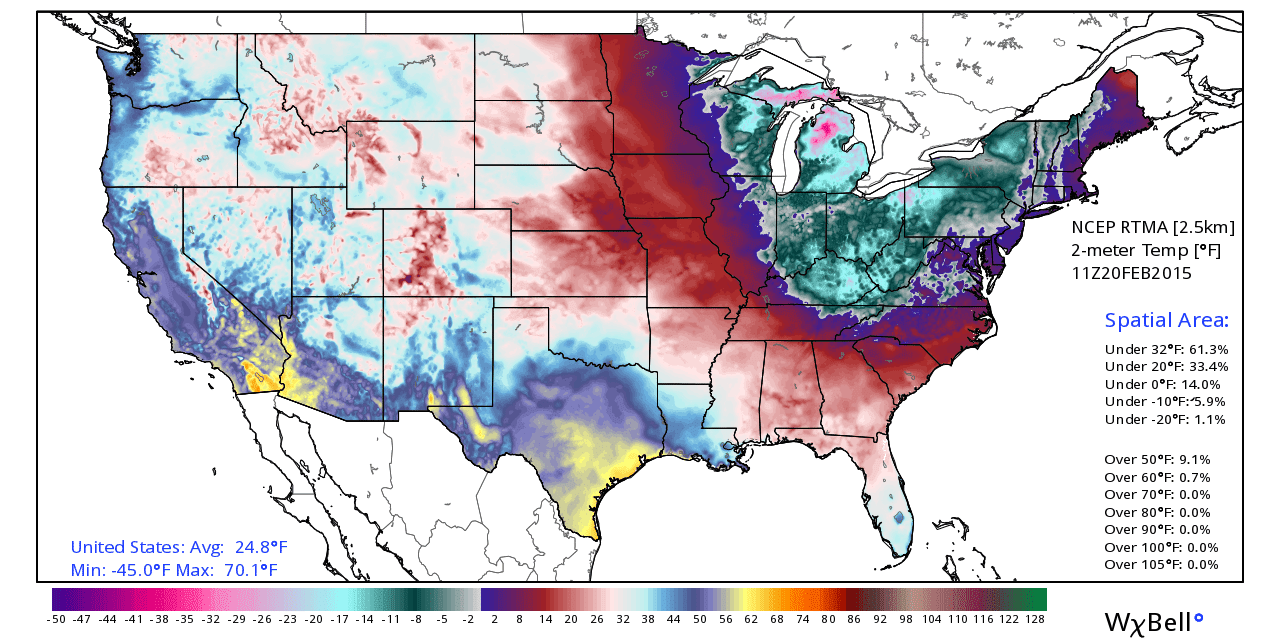 Much of deep south was below freezing. 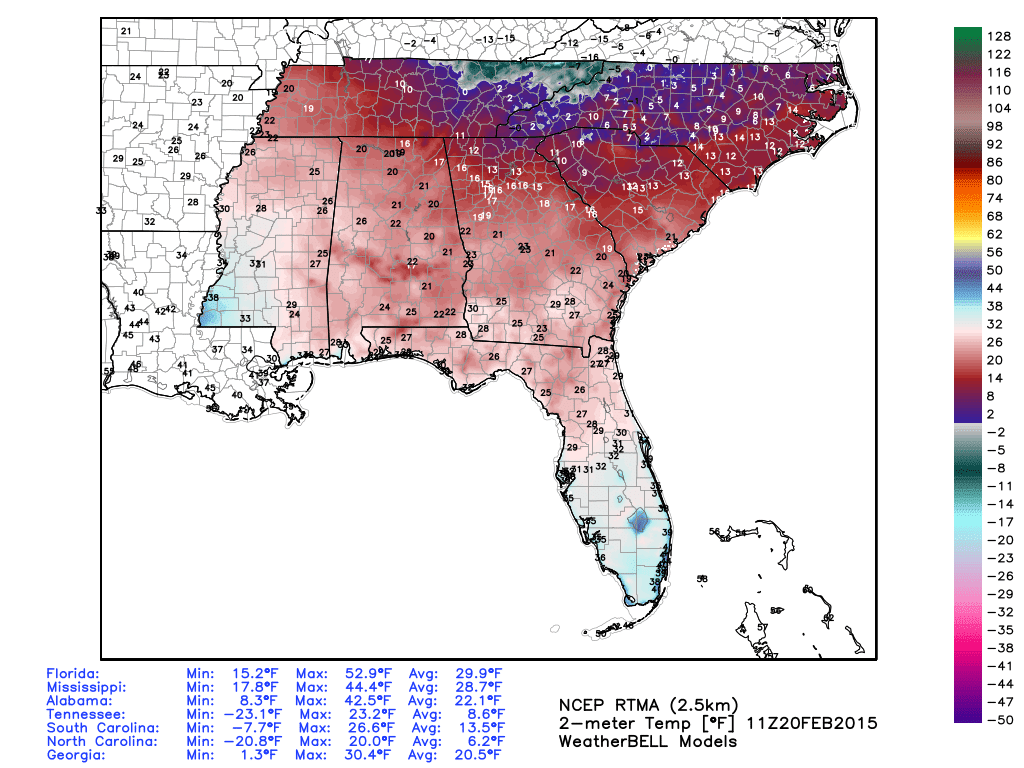 Florida is in the 20s north of Orlando.

Here are some photos of backyard thermometers from across northern Ohio. 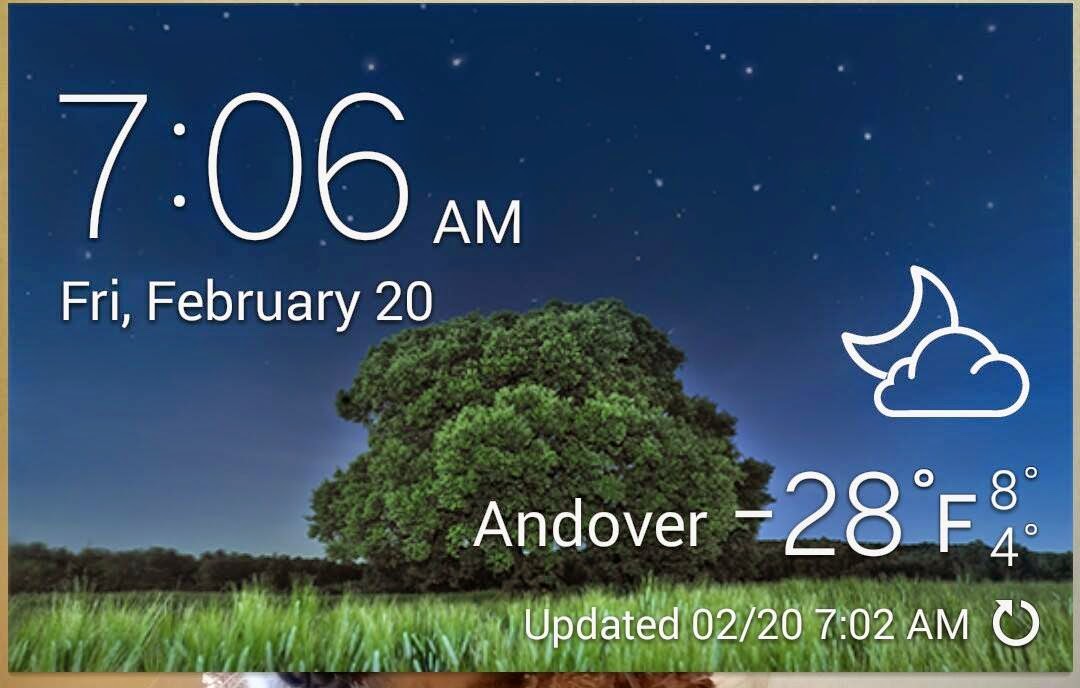 How Much Do Temperatures Climb After A Below Zero Morning? 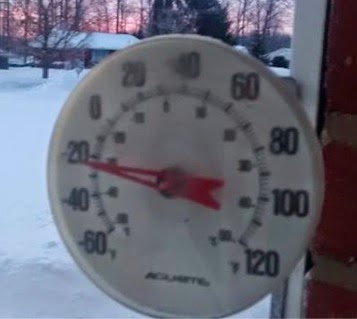 Since the snowfall Sunday, temperatures have been in the deep freeze across northern Ohio and surrounding states.  All locations dropped below zero Monday morning and again Tuesday morning. So how much have temperatures rebounded after these -10s and -20s?  Here are the temperature recording graphed out for 15 locations around Ohio since late Sunday. I labeled the coldest readings for the last 2 mornings.

Notice how the temperatures vary from place to place depending on the snow cover, proximity to the lake, sky condition and wind speeds.

How cold has it been in your backyard?


Automated reporting stations as of 6AM. 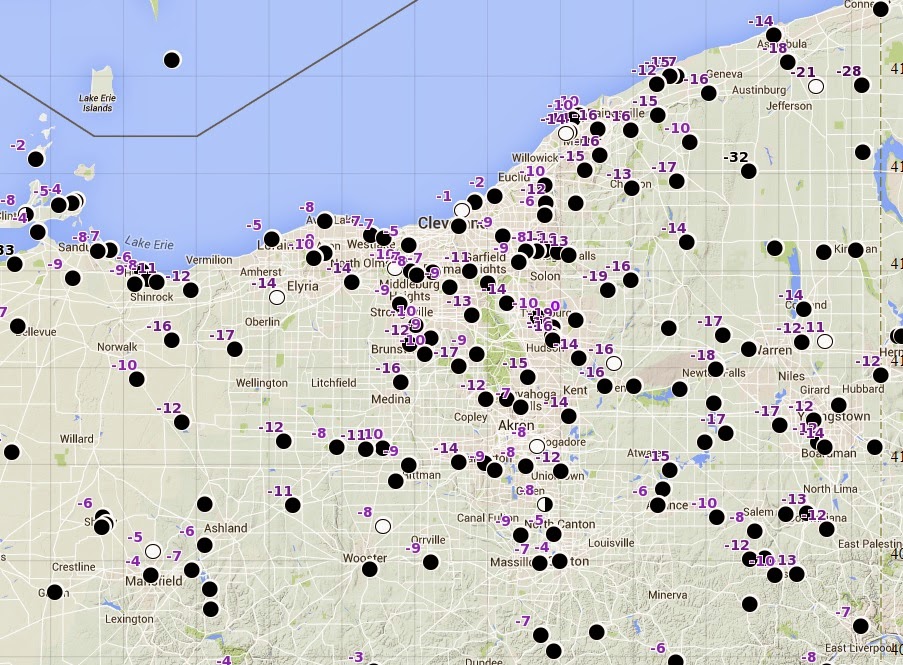 A FEW NOTES ON THIS MORNING'S COLD:

* OFFICIAL LOW AT THE NATIONAL WEATHER SERVICE OFFICE AT HOPKINS AIRPORT WAS -12 BETWEEN 6 AND 7AM.  BROKE THE RECORD OF -8 SET IN 1904.

SOME ADDITIONAL STATS BELOW 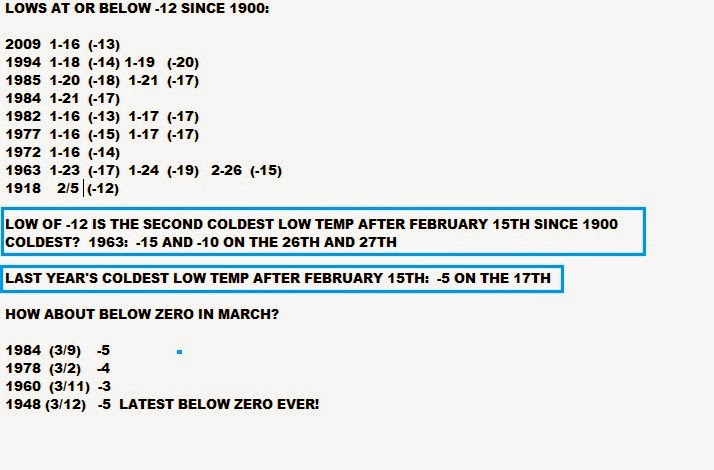 Record low across the eastern US fell starting Sunday. 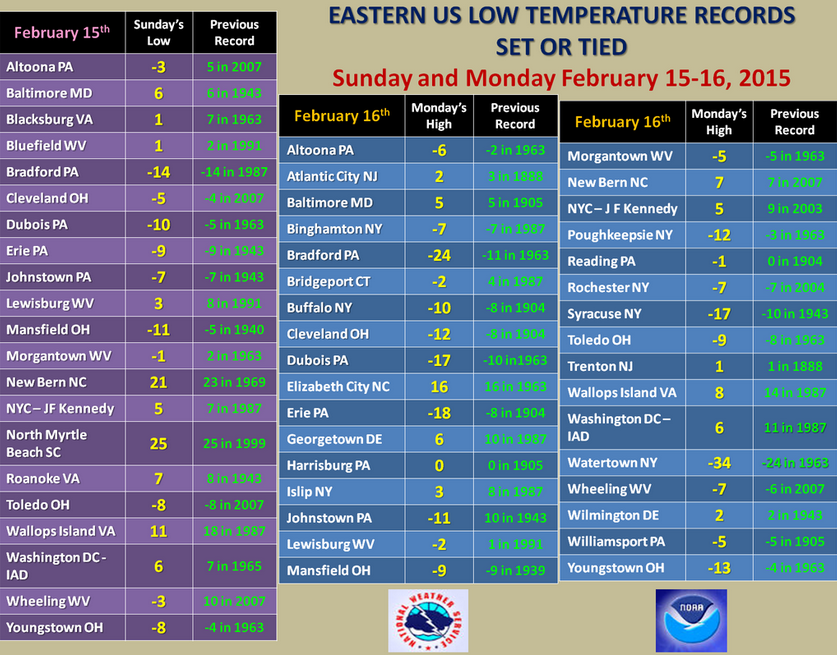 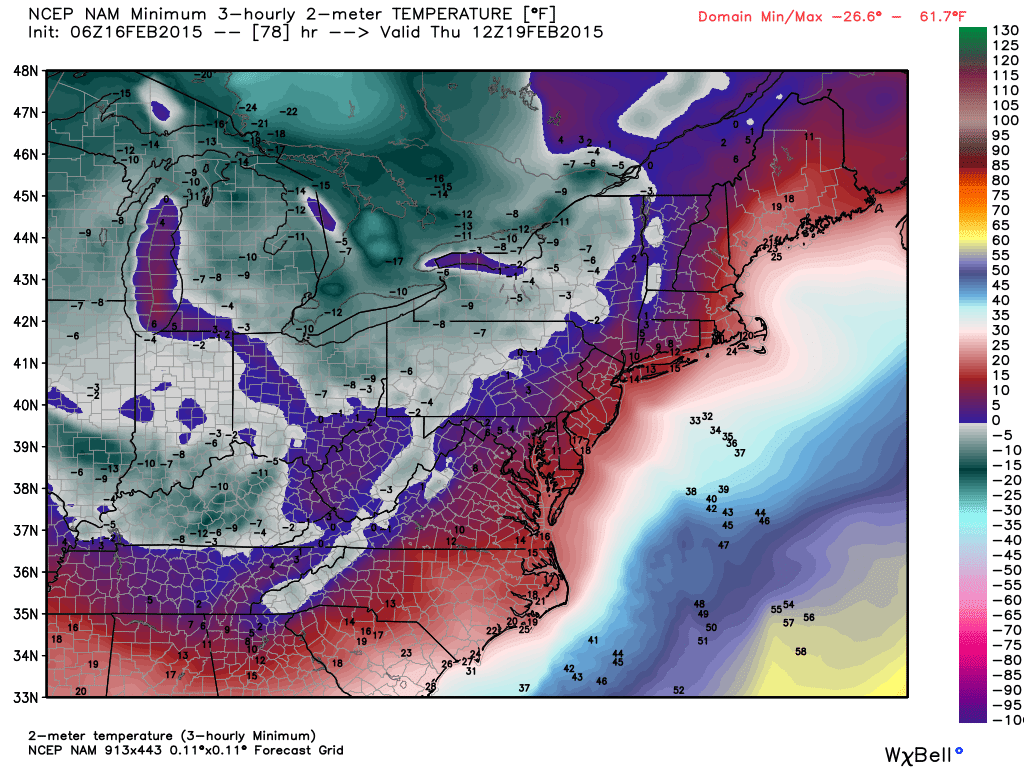 Email ThisBlogThis!Share to TwitterShare to FacebookShare to Pinterest
Our winter weather outlook back in late October featured a below normal temperature (much colder winter) with above average snowfall.  Given the weak central based El Nino, cool pool in the northern Pacific, warmer west coast and warmer east coast, a stronger southern jet stream phasing in with the polar jet to the north driving big snowfalls from nor'easter type storms in New England shouldn't be surprising.

The areas of the ocean that went into our winter outlook are circled in red. All pointed to colder than normal temperatures in the east.

This is different from last winter when the warm west coast cool of ocean was located in the north central Pacific near the Gulf of Alaska. The central based El Nino (Modoki) hadn't developed yet.

I want to emphasize that these warm and cool pools aren't and weren't the only drivers of our last two winters. But they are significant. Here was our initial best match as we formulated out winter weather outlook (December through February temperatures) back before Halloween. 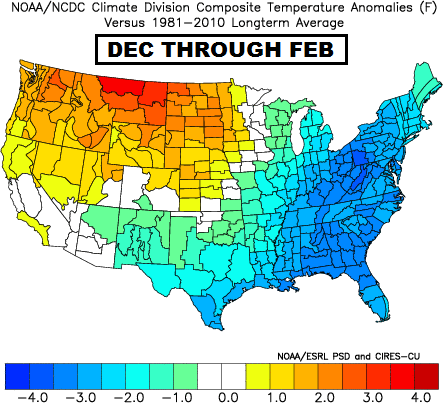 Well below zero across much of the northeast Friday and especially Sunday morning. Even Florida will see lows in the 20s Sunday morning (February 16th) from Jacksonville to Pensacola. The orange crop might take a hit! 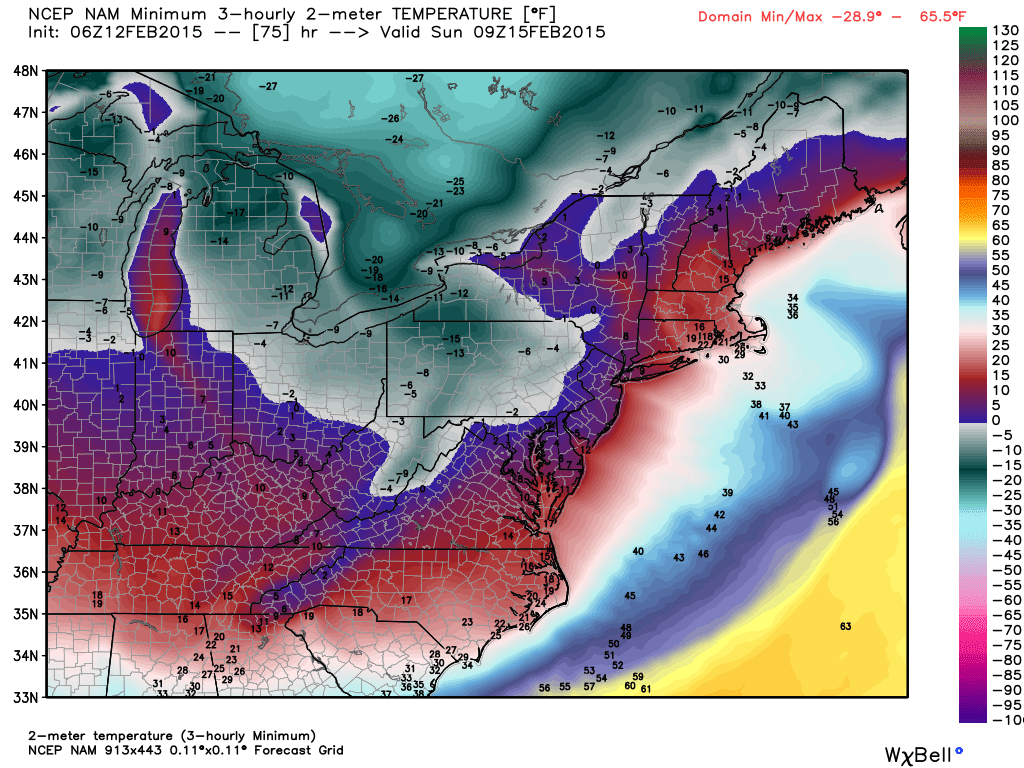 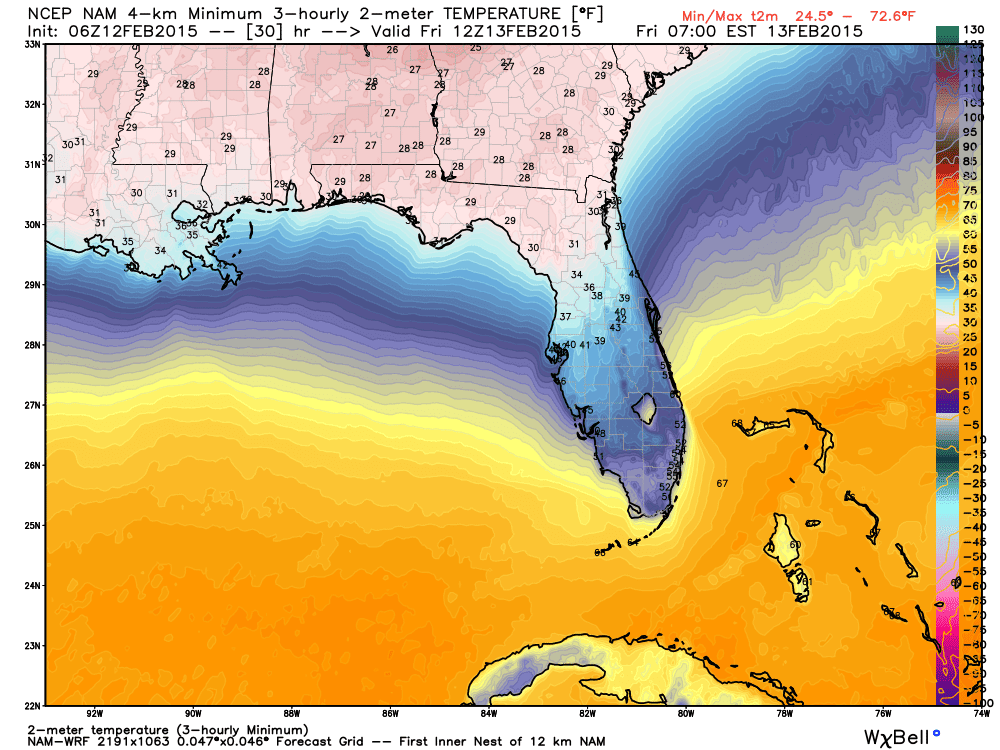 Below zero wind chills will reach northern Georgia and the Carolinas with -20 to -30 chills across the Great Lakes. 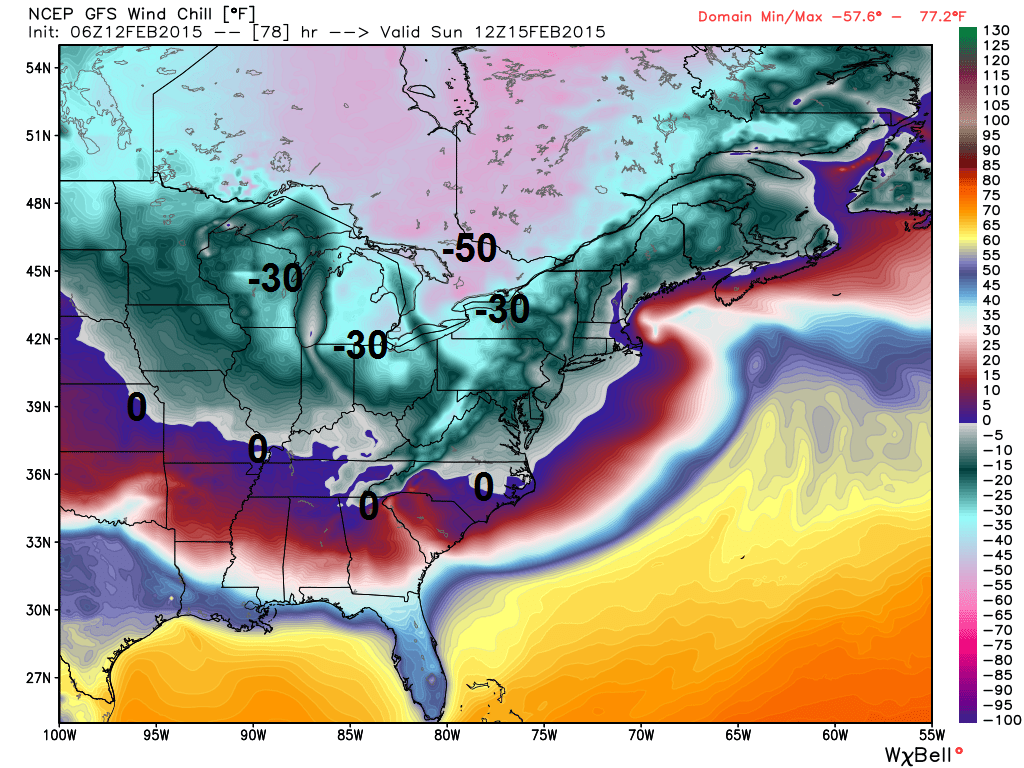 Here we are in mid February when the cold usually starts to retreat as the first pushes of spring emerge across the deep south. Will the cold air break sooner or later?

The often overlooked Canadian model shows the trough east/cold east continuing through the end of the month. The other models show this too.  However, the trough is retrograding back west a bit. This would shift the cold into the Great Plains by the end of February.

In droughts, extremely hot conditions will feed off of the extremely dry air above the dry ground. This creates more evaporation which feeds the heat. This chain reaction is very hard to break. In perpetually cold patterns like this, the drivers are very strong and very difficult to break. The cold air can feed the upper air pattern reinforcing the trough in the east and cold/ridge and warmth in the west. In essence, the overall pattern remains stuck.

Good news is that heading into March even during the coldest Marches in Cleveland, 60+ degree warmth shows up by the middle of the month. 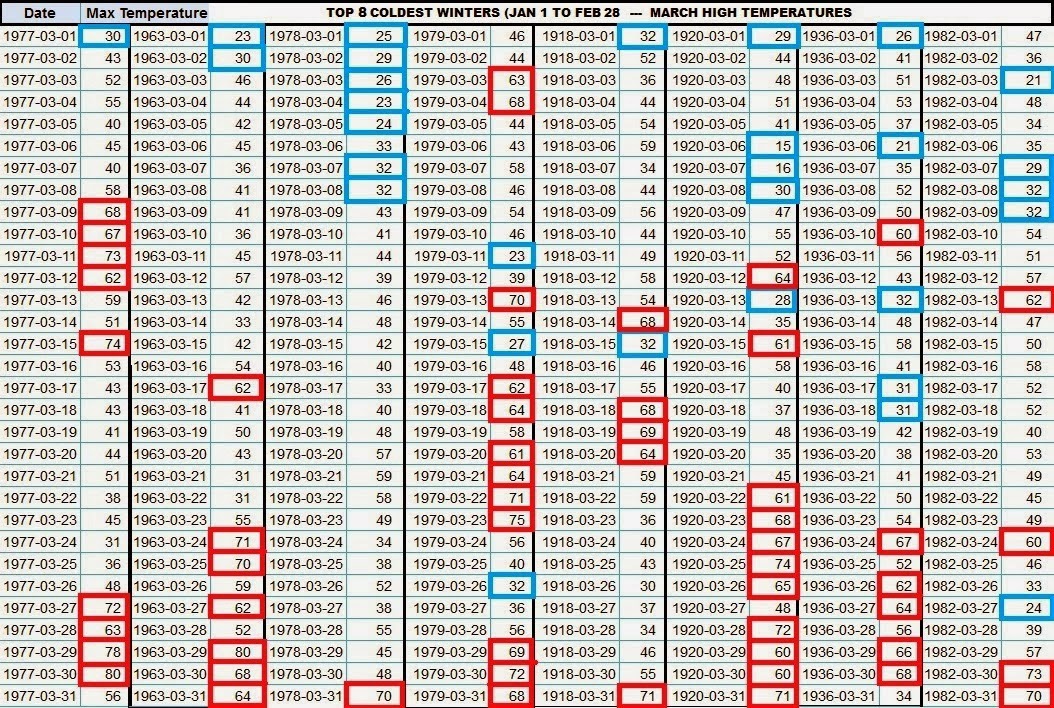 That said, the southern branch of the jet becomes very active in March. This could lead to a few more panhandle type storms in March which always have potential for reach Ohio.  Stay tuned.