Once in a Lifetime PI Day Saturday

Email ThisBlogThis!Share to TwitterShare to FacebookShare to Pinterest
Saturday is PI day.  It's a very special PI day because it corresponds to the exact date:

If you continue the date to include the hour, minutes and seconds, it would read:

Check out the commemorative PI t-shirt.

This is all great but why is PI so important?  Its a day to teach kids math by making it fun. Your kids might have PI day activities planned at school today (Friday). I'm sure back in 1737 when Leonard Euler first used the symbol π, he never envisioned the fascination with π that developed since.  There are t-shirts, π plates (yes, I have two), π mugs...and on and on. Novelty websites have just about every π trinket you can think of! 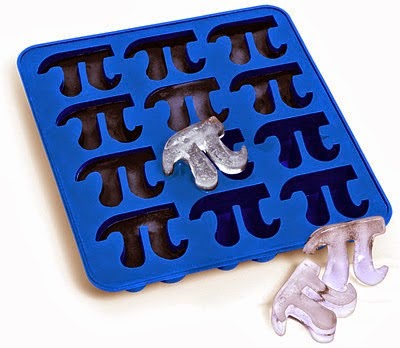 PI is the number that represents the ration of a circle's circumference to its diameter.

The Interesting part is that PI is a non-repeating, never ending decimal so its very nature is an approximation. Mathematicians have tried to find a patterns that might define π since ancient times. Archaeologists believe that the ancient Egyptians constructed the Great Pyramid of Giza with knowledge of π. Greek mathematician Archimedes was the first to calculate a range for π using polygons.

Throughout its history, π has become a fascination among mathematicians and computer programmers. Welsh mathematician William Jones was the first to use the symbol π to represent the ratio of a circle's circumference to its diamater in the early 1700s. In the 1940s, a little over 1000 digits of π were known.

As we entered the computer age, the calculation for more digits became a test for computer system efficiency and accuracy. In 2014, scientist Ed Karrel calculated more than 10 QUADRILLION decimals of PI.  Here is his blog.


To put the number of digits in Ed Karrel's calculation into perspective, you only need 39 digits of PI to calculate the circumference of the observable universe (assuming it's a sphere) to the accuracy of a width of the inside of an atom!


To put it another way, if you were to recite EVERY digit, it would take you 317,000,000 years to complete. You'd need to start before the dinosaurs were alive in order to finish today!

All of this great if you are a math or computer geek. But why should the rest of us care?

PI is present in every aspect of our lives. PI is used in most calculation in the development of all the world's infrastructure. All communications, CAT scans, MRI machines, genetic research, propulsion systems (space and military aircraft), quantum physics....the list goes on. 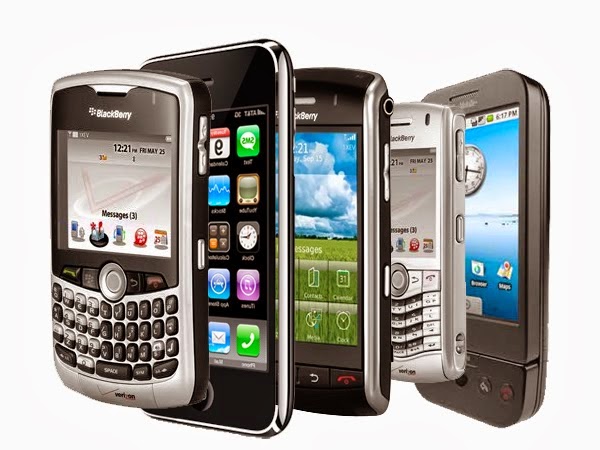 Famous scientific discoveries and the math that describes them incorporate PI:

* The calculation for determining the horsepower of your car has PI in it.

* Want to figure out the position of two planets nearest to the earth? You need PI.

You might not like math. You might not get PI.  Just remember that PI (3.14159...) is integrated into our everyday life unlike any other number. Without it, your daily life would be totally different.

End of Winter Right? Not So Fast

Email ThisBlogThis!Share to TwitterShare to FacebookShare to Pinterest
Northern Ohio has not had a string of days above 40 degrees similar to what we will enjoy this week since the week of Christmas. That stretch went from December 22nd to December 28th (44, 52, 59, 41, 49, 54 and 47).  While it feels great as it melts off the majority of the snow cover (big piles will stay around a while), the pattern is still ripe for more cool air relative to the averages for this time of year. 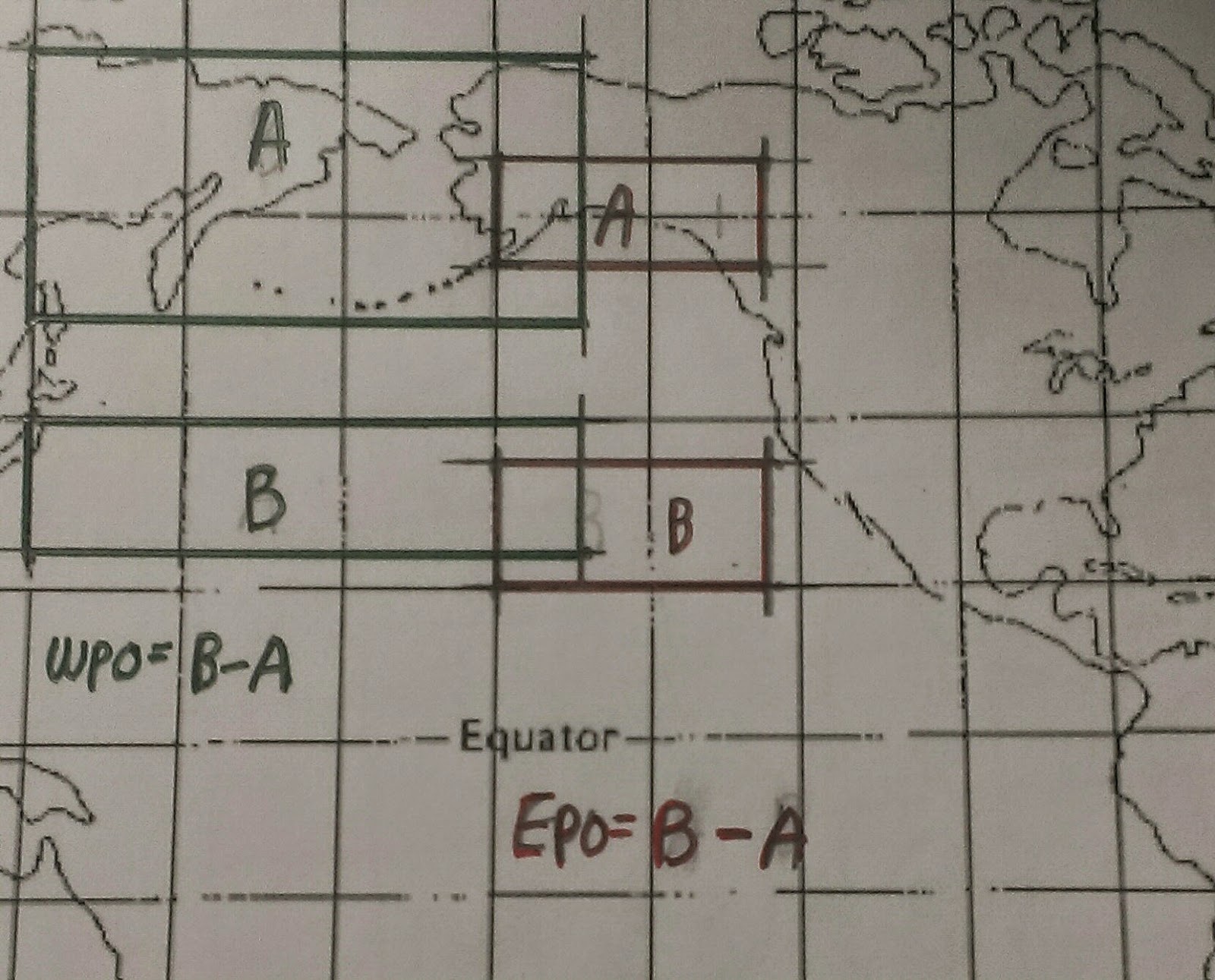 This winter (since January), high pressure has settled over Alaska and western Canada/western US while low pressure developed south northern of Hawaii. Notice the trough and cold across the eastern US.  When the EPO is negative, this favors cold and snow east; milder temps and dry west. 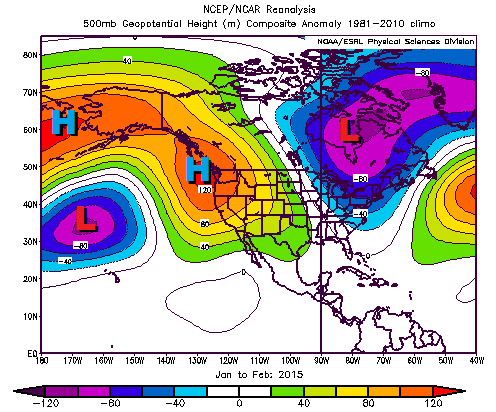 The EPO has bounced back positive recently.  The trough in the east and the cold have retreated north as the ridge slid east.

By the 3rd week of March, it will more than likely drop negative again which will strongly favor colder than normal temps in the east again. 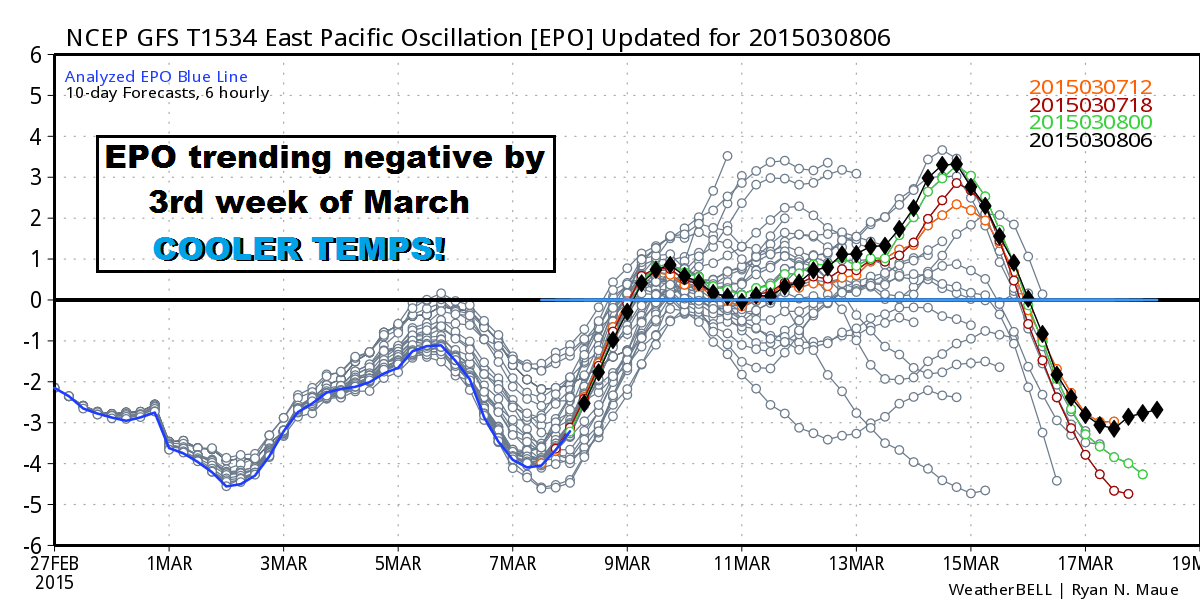 I CAUTION EVERYONE. THIS DOES NOT MEAN HIGHS IN THE 10s AND 20s WITH BELOW ZERO TEMPERATURES SIMILAR TO WHAT WE SAW IN FEBRUARY!

Notice how the temperatures spike later this week (dates are on the bottom) then drop below normal starting mid week next week on the graph below. See how temperatures fall but only into the 30s.

The bottom line:  Below normal temperatures around the 20th of March means temperatures below 50 degrees.  So highs in the 30s up through the mid 40s would classify. Not arctic cold but NOT SPRING...yet. 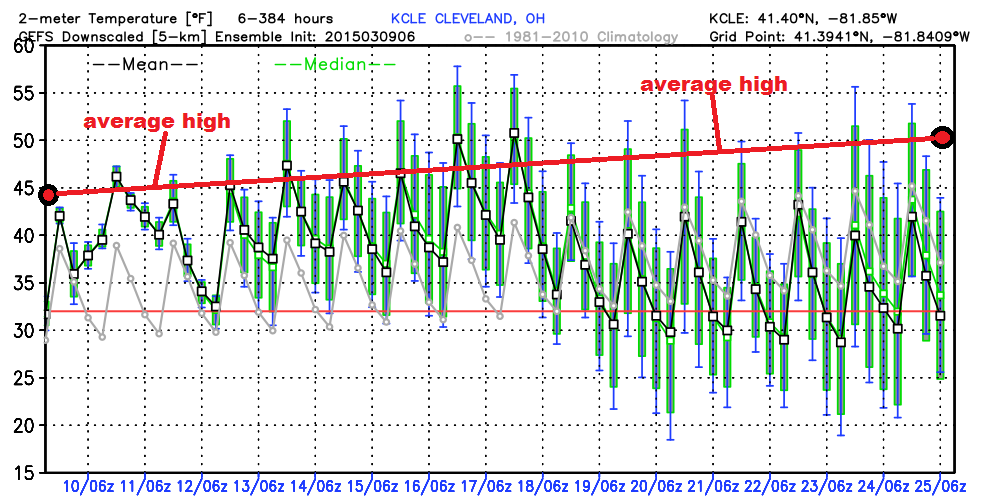 Where Does This Winter Cold/Snow Rank All-time in Cleveland?

The meteorological months of winter are December, January and February. The snow cover across northern Ohio is very deep after the recent snowfall. This endless blanket of the white stuff makes this definition seem, at the very least, misleading and pretty pointless to many of us who still have snow piled up high. When we do meteorological comparisons to past seasons, the three month periods nearest to the season in question is used by climatologists. For example, December through February are the winter months. March through May are spring months and so on.


So how does this winter compare to last winter (colder than average), two winters ago (milder than average) and the coldest winter ever (1976-77) in northern Ohio?  I'll use the same metrics for comparison I've used in the past: 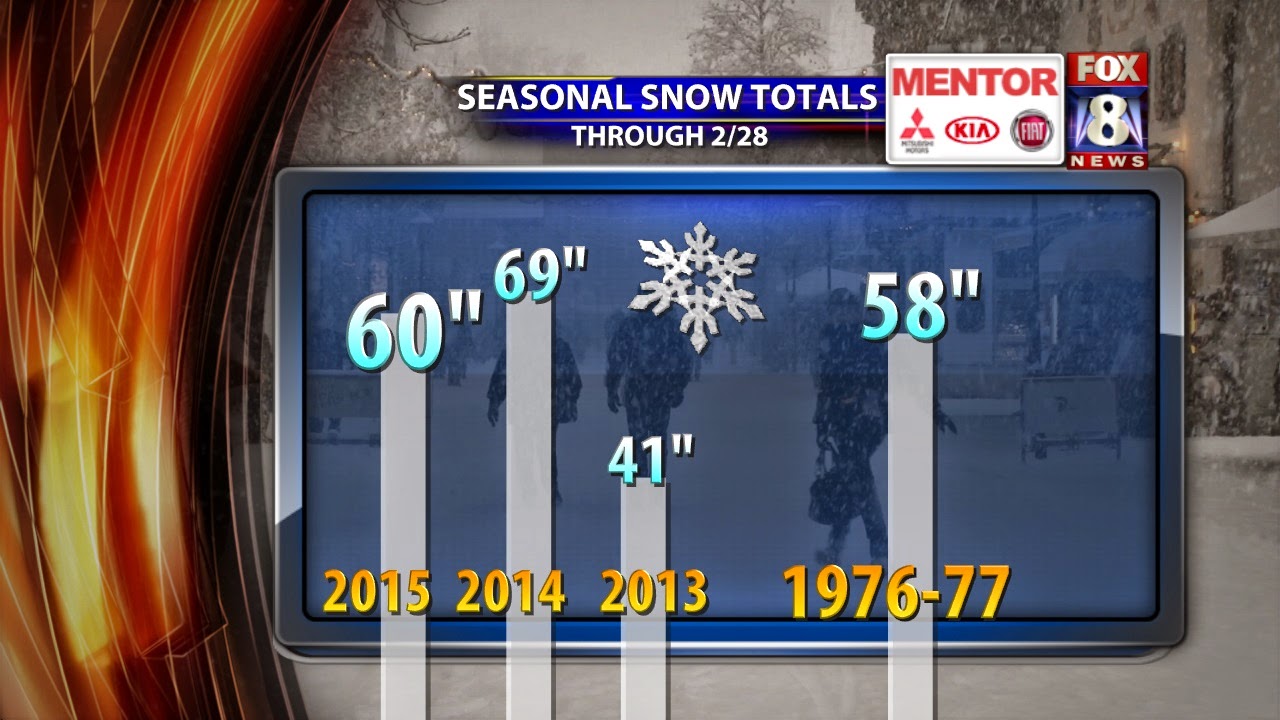 *  This winter's snowfall rank is 14th. Last winter was 9th, Two winters ago was 59th 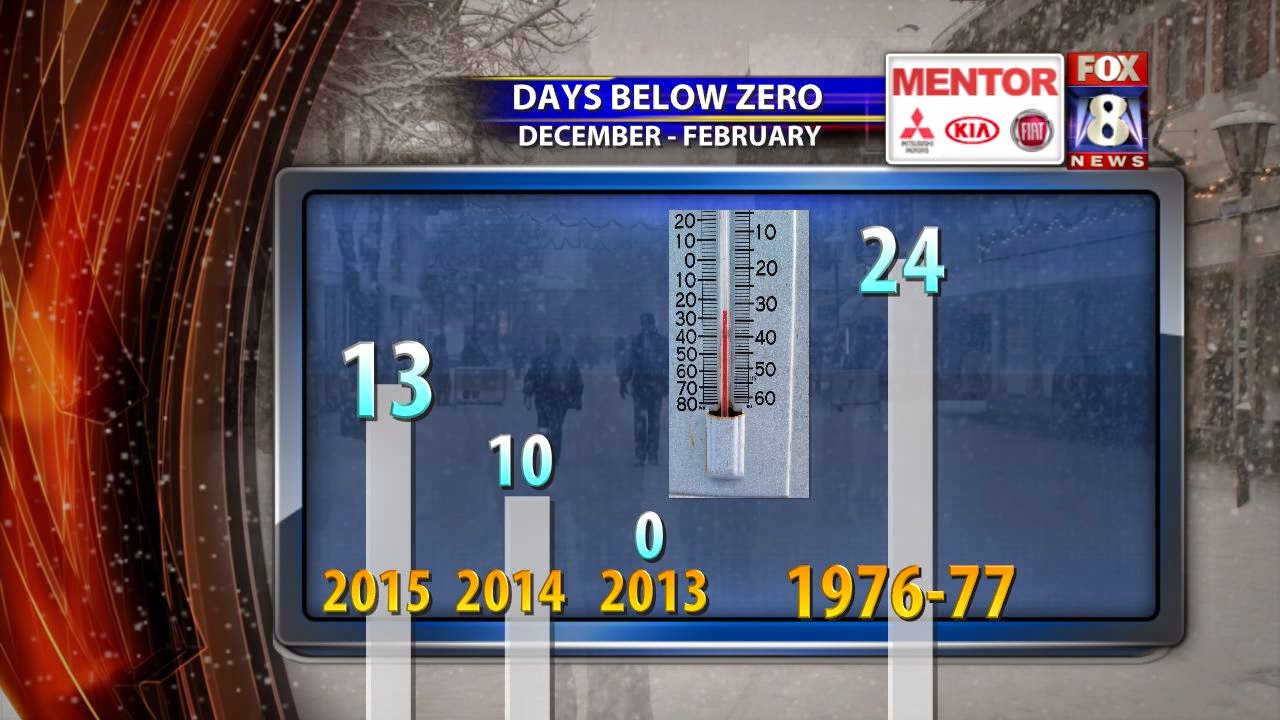 4) Daytime high temperatures at or above 40 degrees 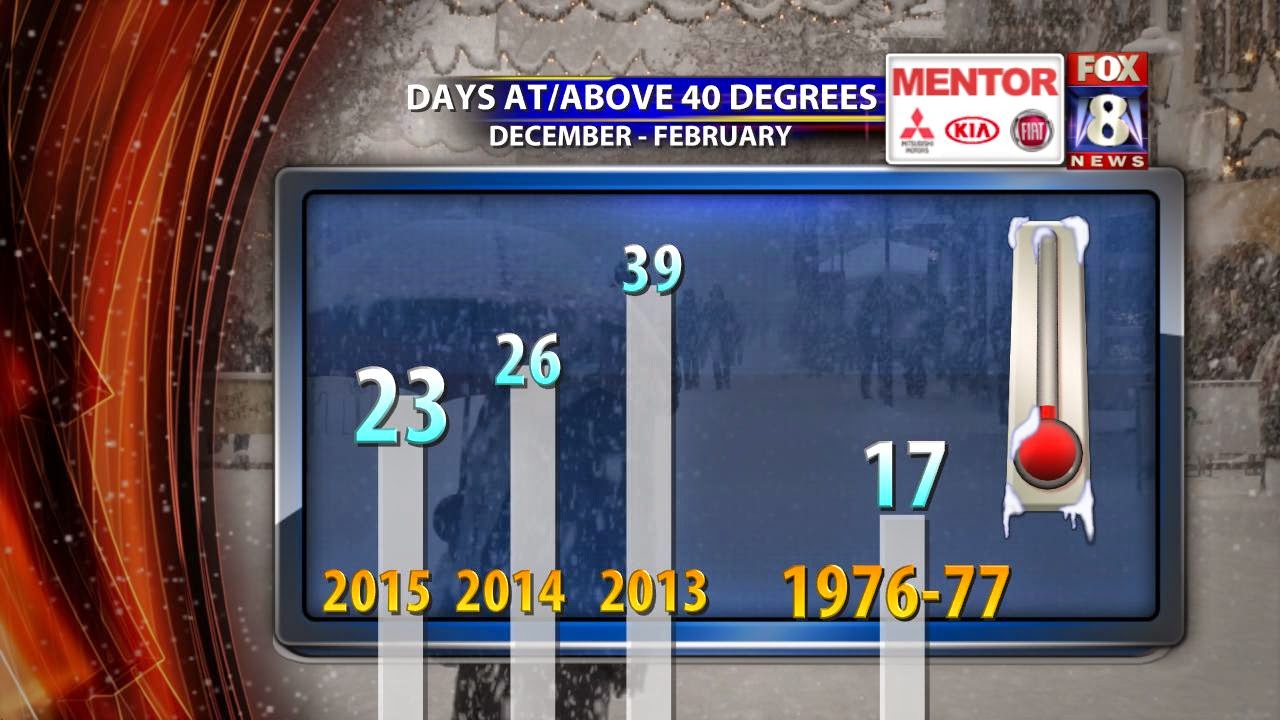 5) Daytime high temperatures at or below 32 degrees 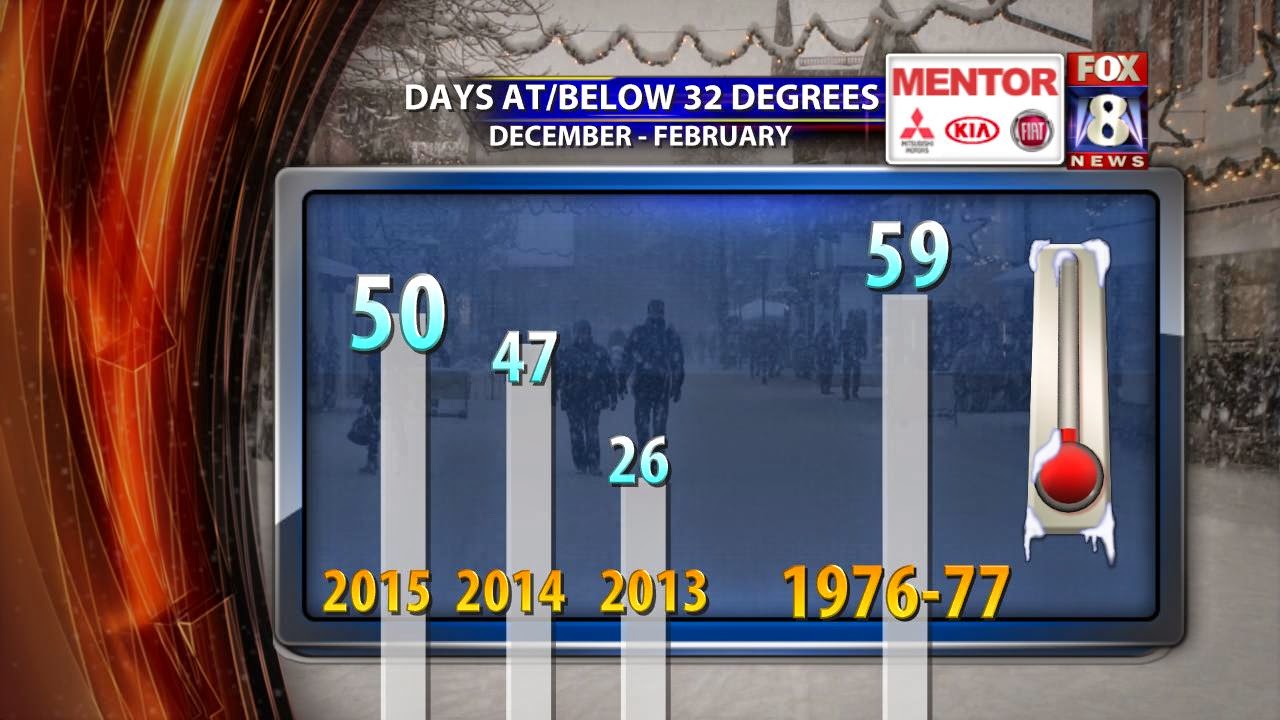 6) Consecutive days with at least one inch of snow cover

SIDE NOTE: Current stretch now at 40 days as of March 2nd

7)  Total days with snow cover of at least one inch 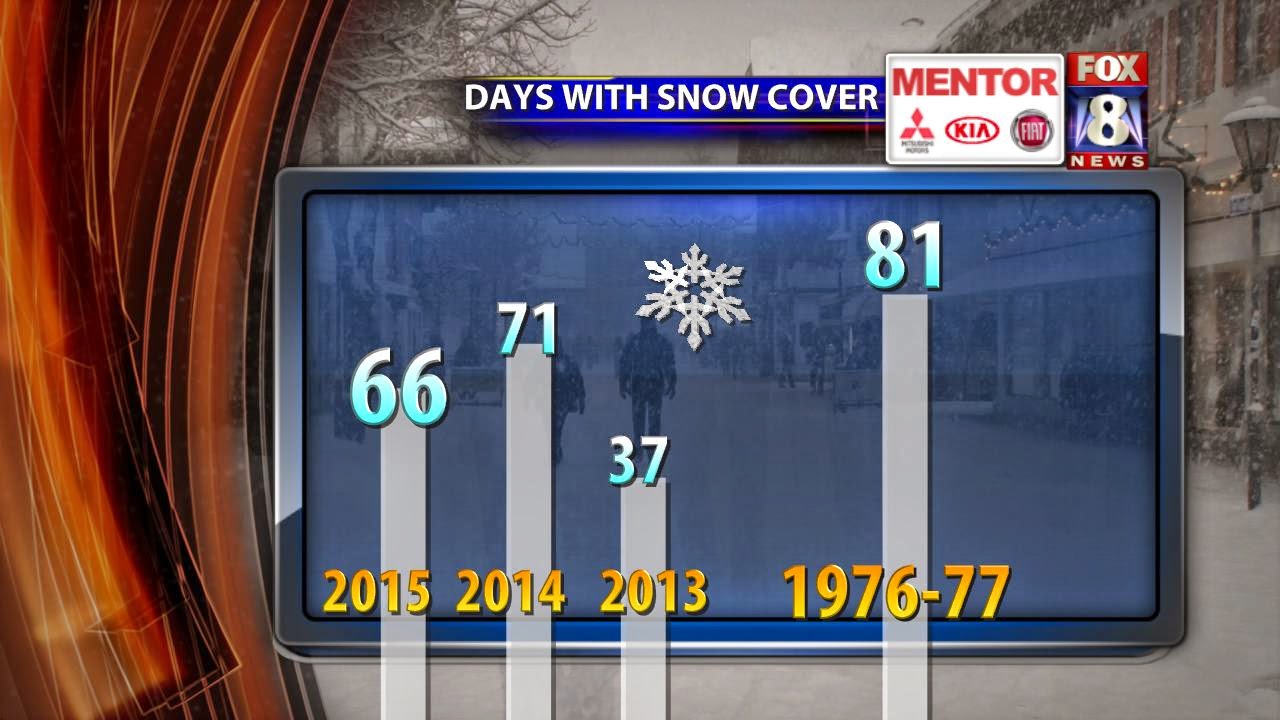 8) Total days with snow cover of at least six inches 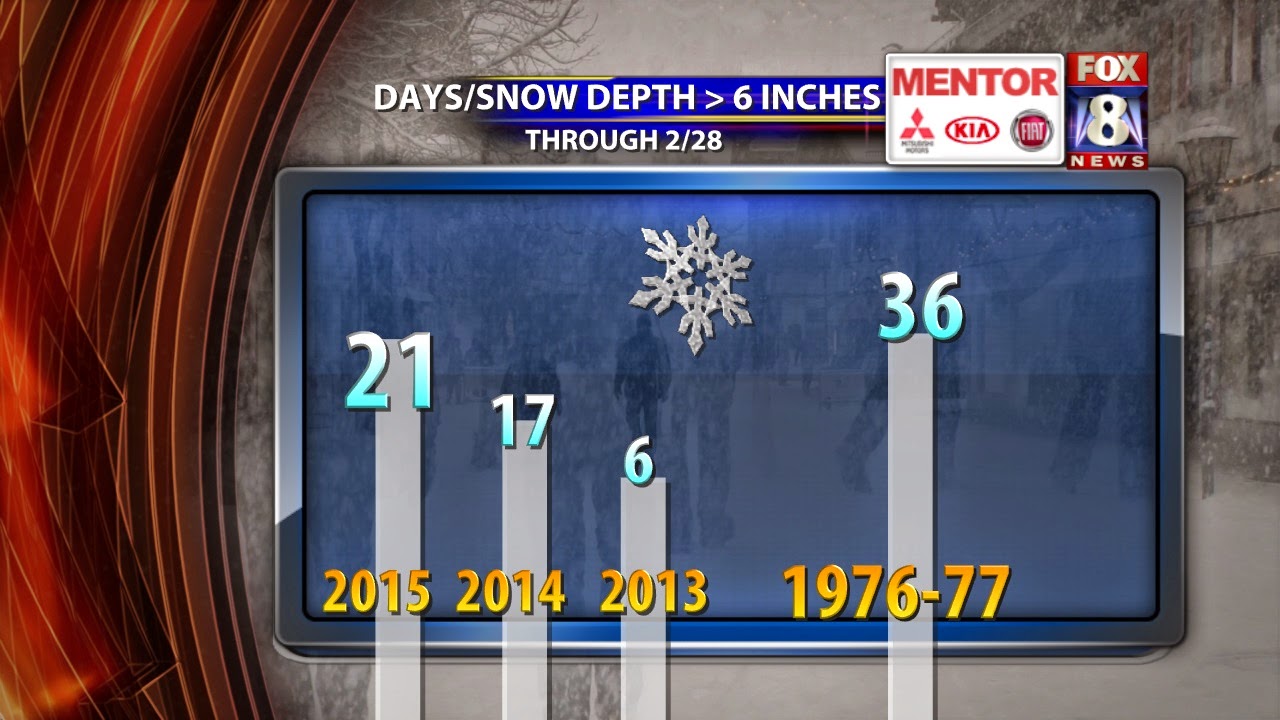 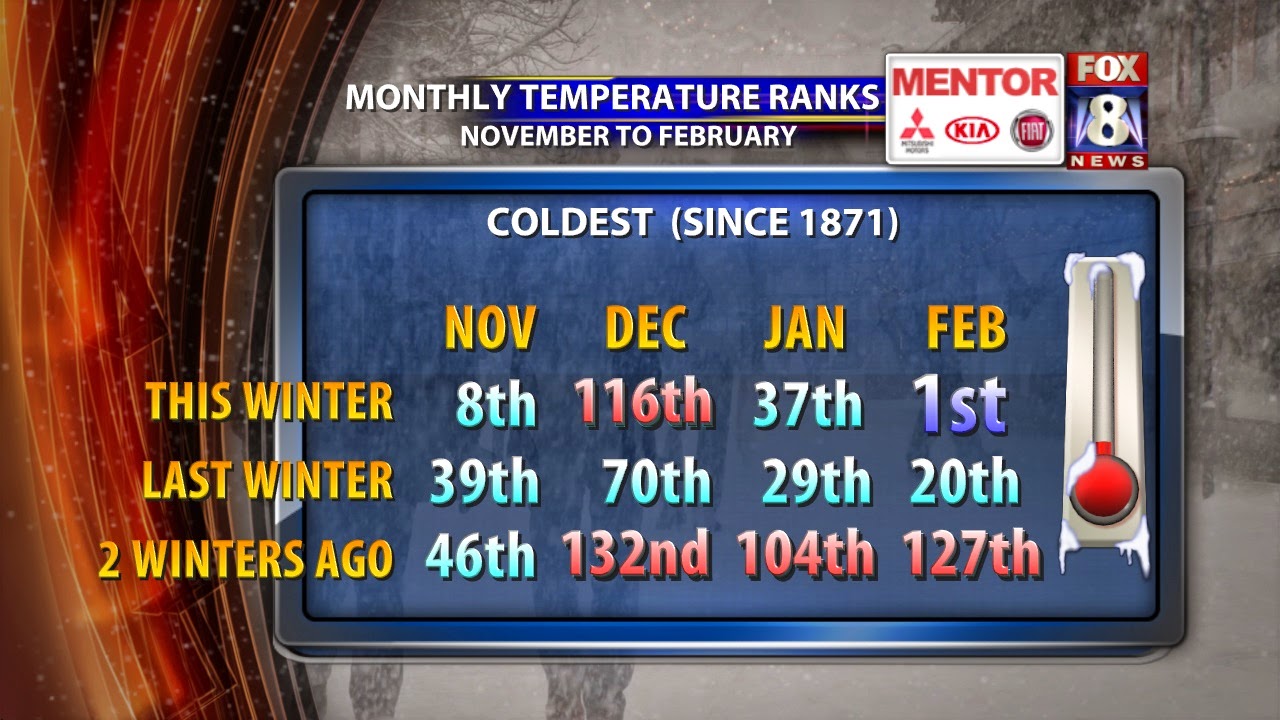