The newest updated from the MEI (Multivariate Index) website run by Klaus Wolter shows a significant increase over the last month of +0.61 to +1.57 as of April/May which rates the El Nino in the strong category using a ranking method.  If we look at the top April/May rankings according to Mr. Wolter then then take away the El Nino events that were weakening as of April/May, we are left with the 5 years below. ALL OF THESE YEARS STAYED AT EL NINO LEVELS THROUGH THE END OF THE YEAR. 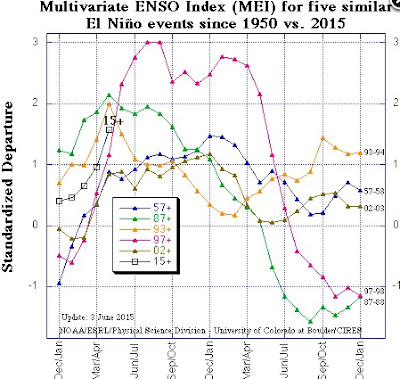 The El Nino is very apparent in the current sea surface temperature anomaly map in the last week of May.

The 2014 El Nino (although not official using the ONI) was considered weak by many meteorologists including myself.  If you assume a weak El Nino for a time last year, this year's much stronger event would be a 2nd year El Nino. Expanding the possible El Nino matches using the MEI TIME SERIES for "double El Nino events" we found two such events:  Late 1991 through 1993 and 1986/87.  A 2nd year El Nino has the advantage of an ocean already primed from the previous one.

It's not an exact match but comparing these two years to 2014-15 gives us an idea of a possible El Nino outcome.  Remember that this year's El Nino is developing much earlier. Most El Nino's develop in late summer and fall.

By examining the MEI, assuming a building El Nino, a double El Nino event (last year was weak) and a very high April/May MEI, a good match so far is the 1986-87 event.

What were the bi-monthly overlapping sea surface temperature anomalies starting in April through the end of 1987?  Notice the cooler water in the western Pacific near Australia which is necessary for the development of a strong El Nino according to the Australian Bureau of Meteorology. 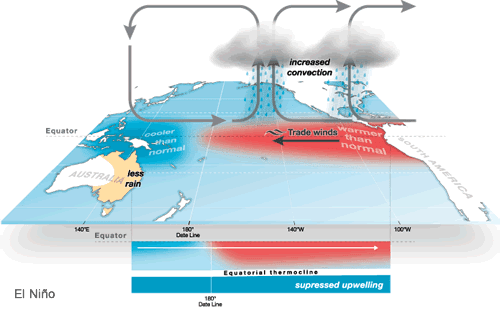 Watch how the lower temperature areas warm by the end of the year (lower two maps below) and the warmest regions start to cool a bit as the El Nino started to fade by year's end. 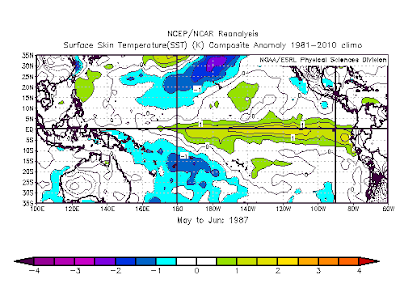 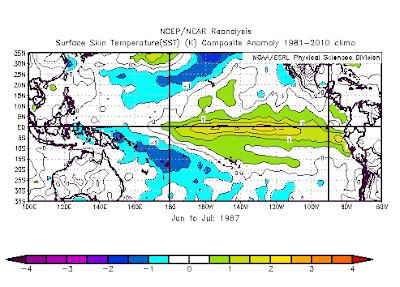 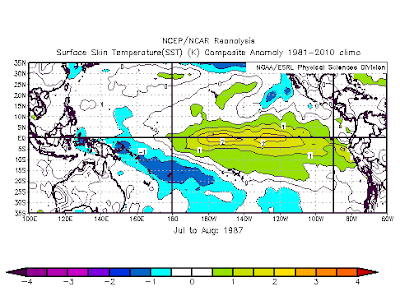 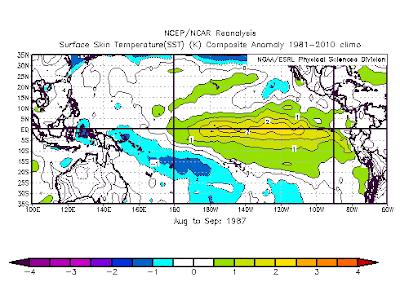 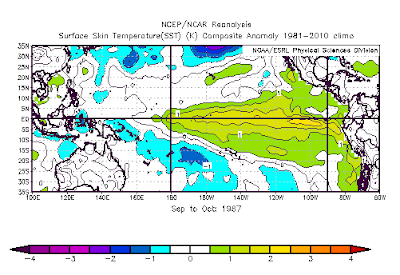 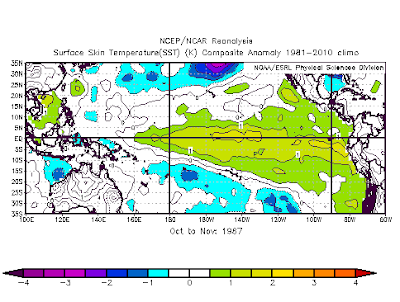 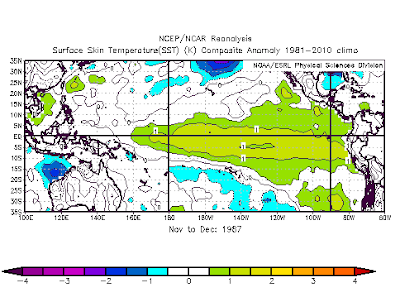 How about this year's event?  The water off the coast of Australia (circled in red) is starting to cool comparing April 1st to may 27th but not at the level of the 1986-87 event...yet.

This El Nino continues to strengthen much earlier than other El Ninos. We continue to watch the water temperatures in the western Pacific near Australia as they cool.  How cool will they get? Will the El Nino peak in late Fall then taper off?

Models are strongly hinting at this...

Our summer outlook took much of this into account. Check it out here on my weather blog post from early May.


BIGGER QUESTION, how will this El Nino impact winter?  Too early to call. More on this in August!

How Much Rain Actually Fell Across Northern Ohio? 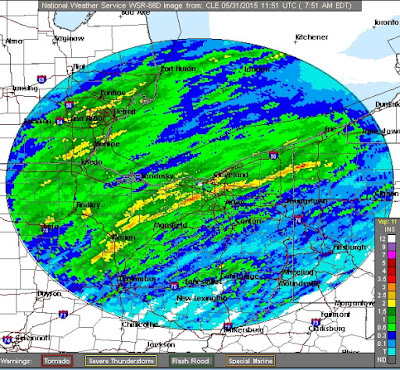 If we took all of the rain this past weekend across northern Ohio and calculated the volume in gallons, how much would we have? 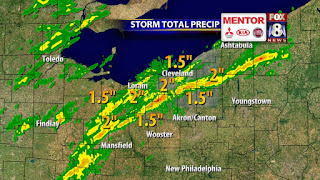 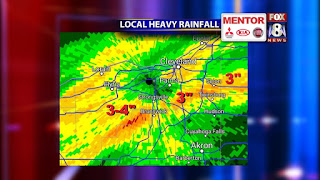 First, I eyeballed the area across northern Ohio that received roughly 3/4" of rain by late Sunday morning. The area is 16,000 square kilometers (6200 square miles)... 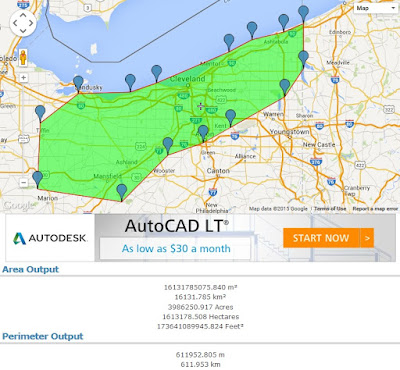 The smaller area that received at least 2.5" wasa little under 400 square miles. 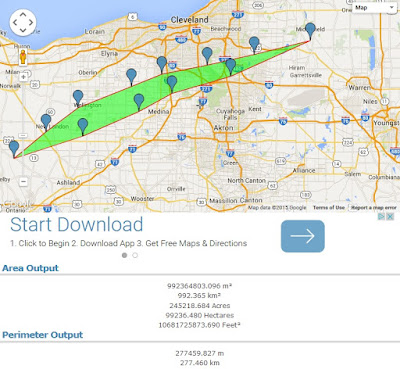 Convert the "square miles" to "square feet" for each area:

First, I calculated the volume of water for the area that received 3/4" of rain:

In order to not double count volumes, I subtracted the starting 3/4" from the second 1.5" to get the HEIGHT for the volume calculation of the second area

I subtracted second 1.5" from the third 2.5" to get the HEIGHT from the volume of the third area.

Add the volumes together, we get: ~15.2 BILLION cubic feet