Email ThisBlogThis!Share to TwitterShare to FacebookShare to Pinterest
I plotted the weekly sea surface temperature anomalies starting in early June for the ENSO 1.2 region (closest to the South American coastline).

Notice how 2015 is running cooler versus the 1997 event. Another component into our winter weather outlook which airs this Thursday at 6PM on FOX8! 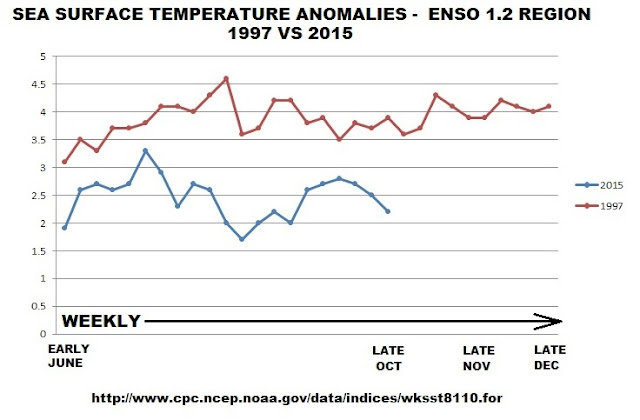 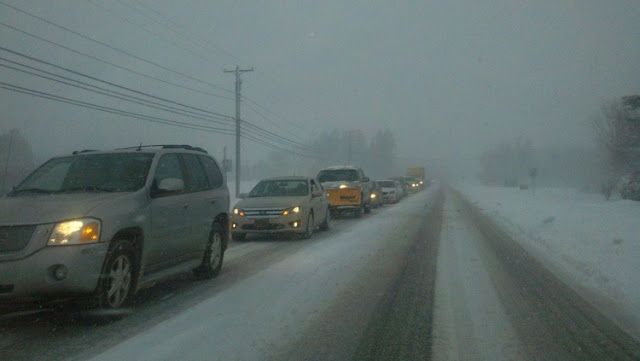 The National Climate Data Center has a great site for graphing the many climate divisions and climate regions across the U.S. So I plotted the winter (December through February) average temperature trends for various regions around northern Ohio since 1940. I chose 1940 because prior to the late 1930s, the official NWS temperature reading was taken at various locations throughout the Cleveland area. Since 1940, Hopkins Airport has served as the official NWS temperature location.

Overall, the trends are similar with each graph showing winter temperatures more consistently above average since the early 1980s. The overall warming trend however amounts to a tenth to a few tenths of a degree per decade in Cleveland and surrounding climate divisions and outside regions.

Note: My only aim is to show the past winter temperatures (December through February) with NCDC data. Nothing more. Nothing less. 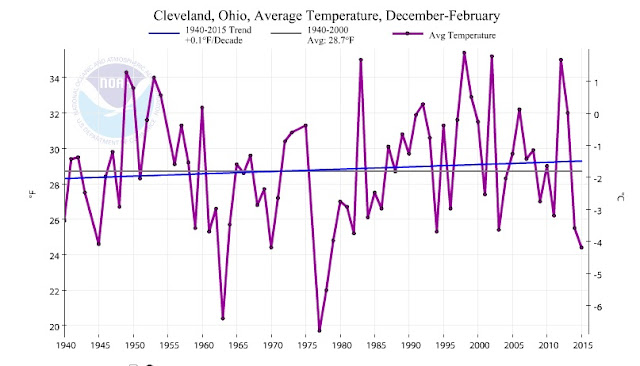 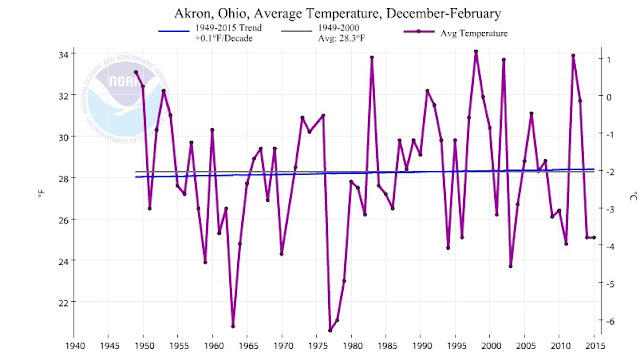 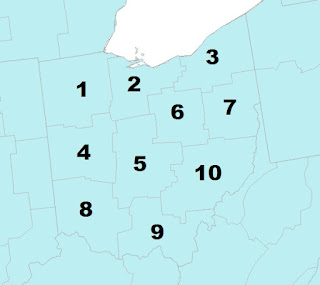 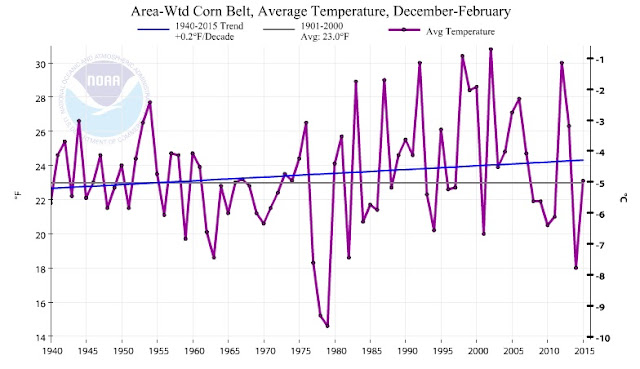 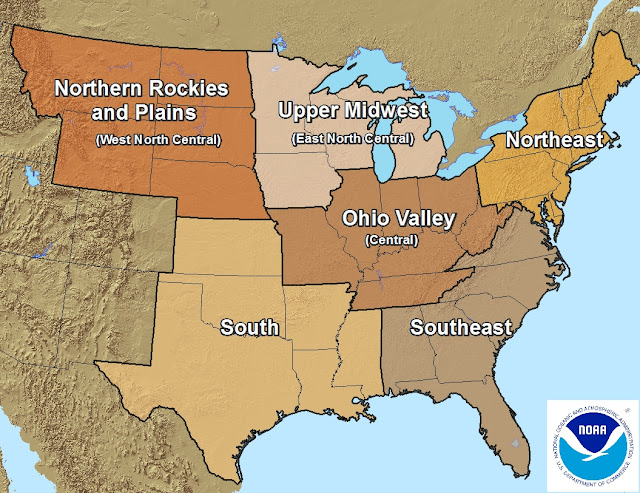 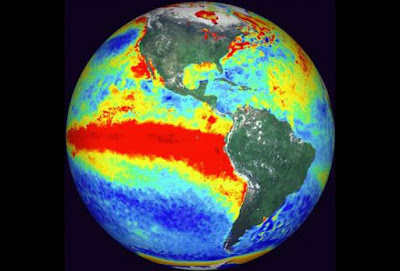 Not all El Ninos are alike. We've heard this time and time again. Sea surface temperatures are never exactly alike. Jet stream position varies. Overall winter temperatures vary too as does the location of above and below normal precipitation. We remember the El Nino of 1997-98 that produced heavy rains out west.  But that's not always the case.

We examine the top El Ninos according to the ONI Index from this site. We only examined the El Ninos that are ranked MODERATE, STRONG AND VERY STRONG. 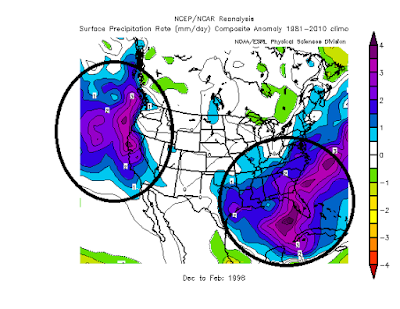 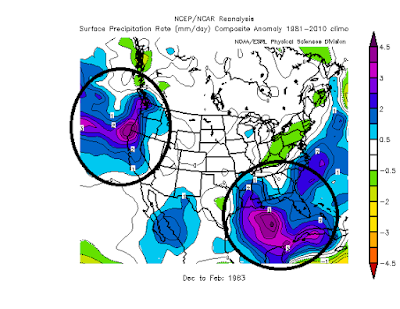 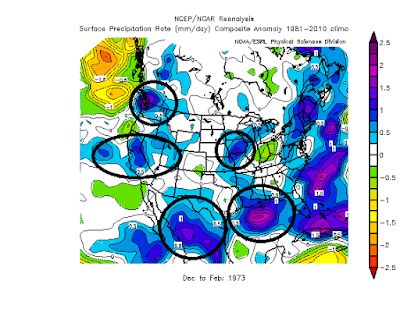 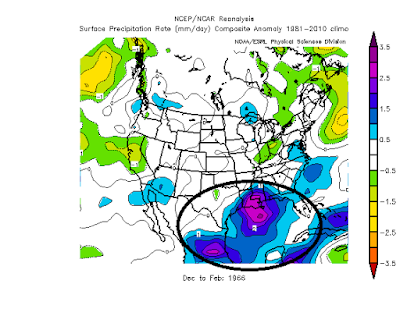 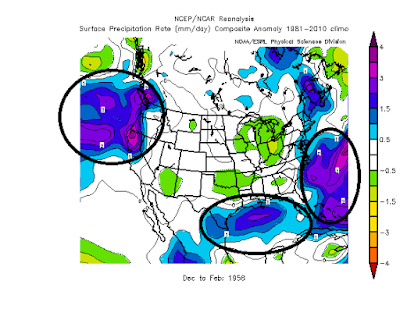 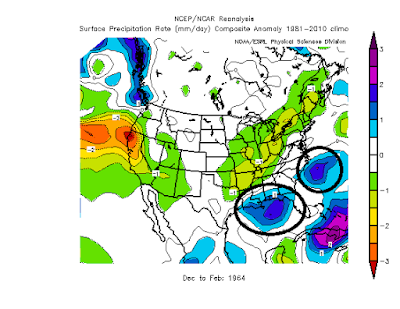 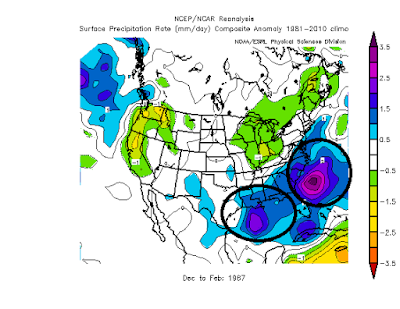 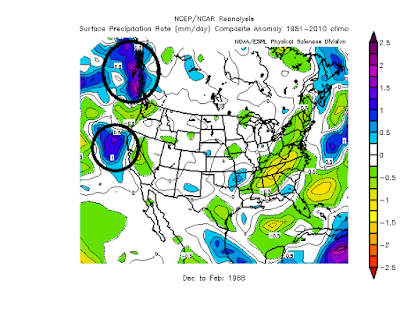 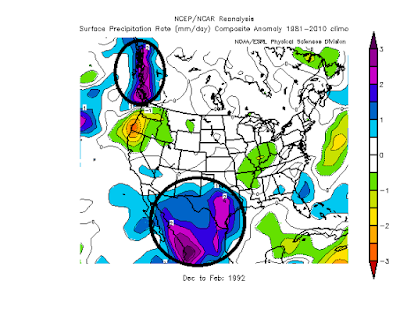 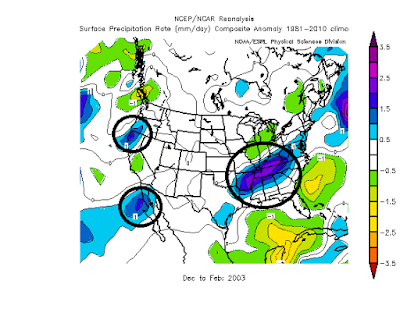 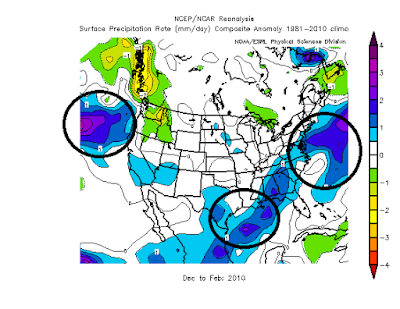 Contrary to what you hear, its not a guarantee that El Ninos always produce heavy precipitation events across the west coast and the Pacific Northwest. It does appear that the chances are greater with stronger El Ninos per the ONI Index.  The southern storm track seems to be more consistent--with varying intensities--in each of top El Ninos.

A few side notes:

* Yet another area of the Pacific that may have ties to the evolution of El Nino is the Pacific Meridional Mode located between the equator and Baja California. The link between the two is being studied. Here is a paper published in 2014.  Looking at the data from late summer through fall during early El Ninos, late 1957, 1986, 2009, 2015 (and partly 1982 although it was trending cooler) all had positive values (above normal water temperatures).

Do we see some matches above for this winter?  Hmmmm.

Northern Most Hurricane EVER!

Email ThisBlogThis!Share to TwitterShare to FacebookShare to Pinterest
Hurricane Joaquin is still churning out in the open Atlantic more than 14 days since it become a tropical depression on September 28th in the Caribbean.

The official track from the NHC has it sustaining tropical characteristics through the upcoming weekend as it tracks as it approaches Europe.

This had me wondering what the furthest NORTH any hurricane has traveled. The award goes to Hurricane Faith in 1966. This system started out off the coast of western Africa, headed toward the Caribbean then north off the coast of the U.S. then out to sea. It lasted 26 days and traveled more than 6800 miles.

What I find fascinating is that according to the official track data (wind, position and date) it held hurricane strength over incredibly cold water. The hurricane crossed into water below 20 degrees Celsius off the coast of Nova Scotia yet it stayed at category 2 strength for another two and a half days.

The storm didn't officially weaken until it reached the north of Great Britain where the water temperatures dropped to between 10 and 12 degrees Celsius. The "X" marks the approximate location where Hurricane faith was downgraded to a tropical storm....yet it continued as an extra tropical storm/low into Scandinavia for another week!

The National Hurricane Center has a great summary on the hurricane season that year. They show a  map of Faith denoting its movement into the arctic north of the Arctic Circle into the Soviet Union then north into the Barents Sea where water temperatures were barely above freezing.

Air temperatures were in the 30s and 40s.

It finally ended its journey over an uninhabited island chain north of the Arctic Circle around 600 miles from the North Pole. 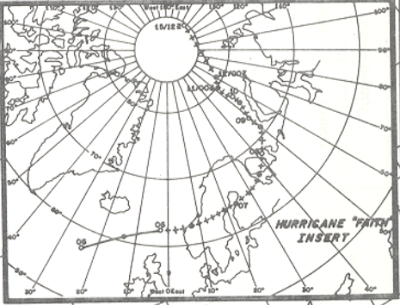 How Many Gallons of Water Fell over Parts of South Carolina?

Email ThisBlogThis!Share to TwitterShare to FacebookShare to Pinterest
Some are calling this rain event a "Thousand Year Rain Event".

Many locations have received more than 20" of rain since Friday.  The final rainfall totals map here as of Tuesday 5:30am. 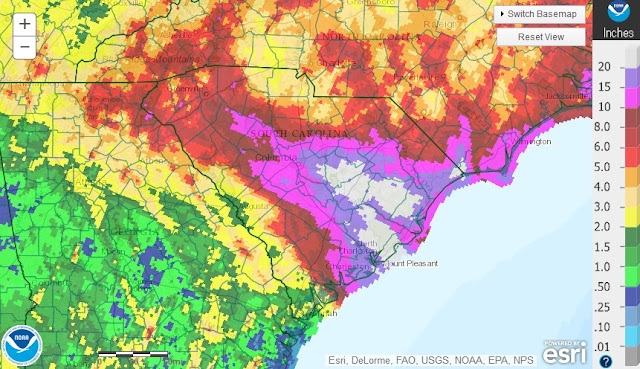 The National Weather Service office in Columbia, South Carolina has a great summary HERE. Eyeballing this map shows roughly seven counties with at least 15" across at least 90% of each county as of Sunday evening. 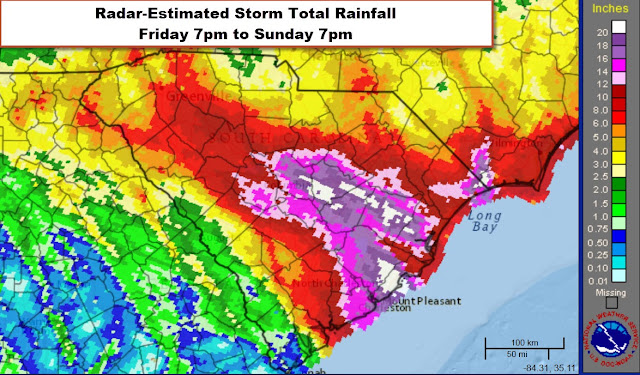 So how much rain in gallons is 15"?  A quick volume calculation will give us the answer: The area of the 7 county region (Richland, Sumter, Clarendon, Williamsburg, Berkeley, Calhoun and half of Charleston counties) is 10,317 square miles. Convert 15 inches into miles and you get 0.000237 miles. Multiply these together you get 2.44 cubic miles. Convert cubic miles into gallons and the answer is:

This is DOUBLE the volume of Lake Okeechobee in Florida.

So image dumping Lake Okeechobee TWICE over these 7 counties over a 3 days period!
at 6:55:00 AM Posted by Scott Sabol No comments: