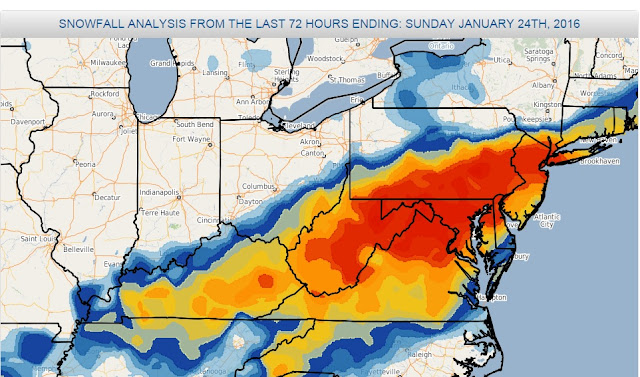 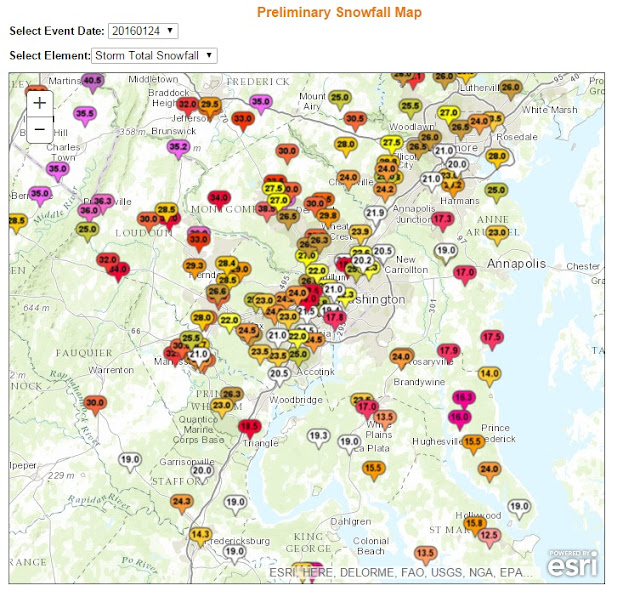 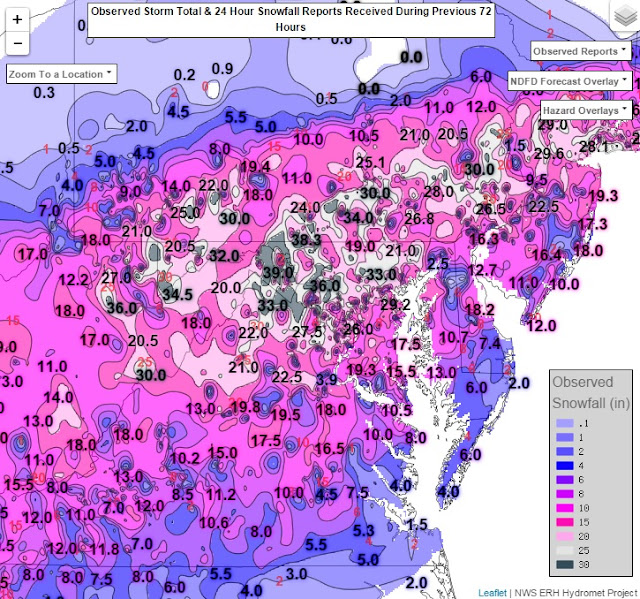 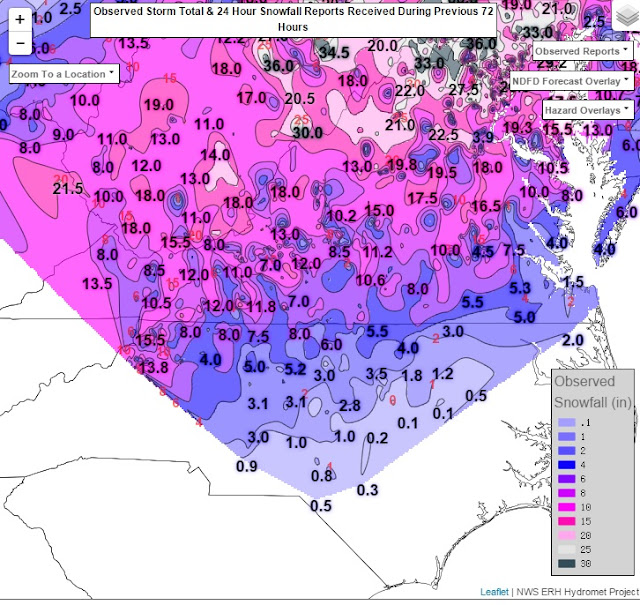 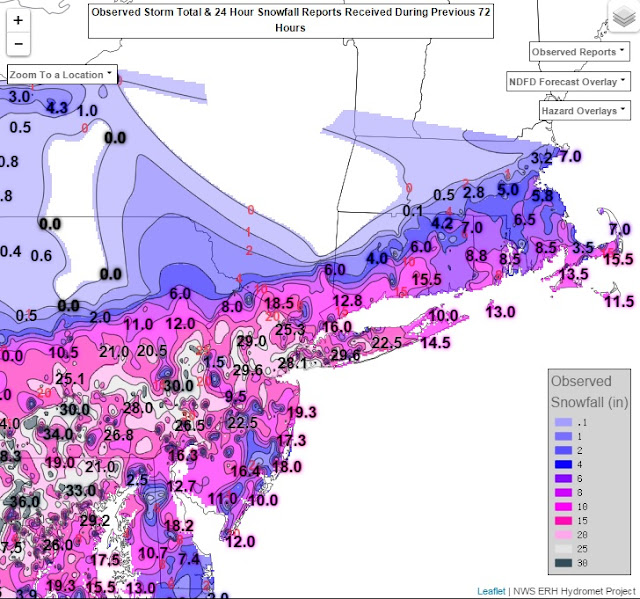 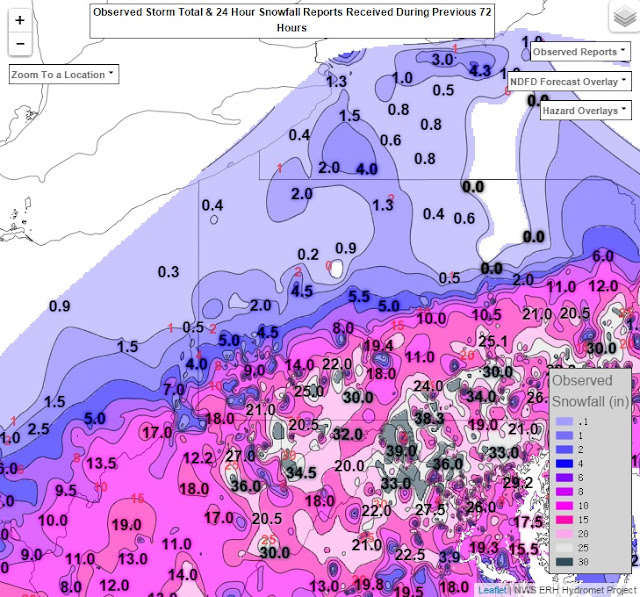 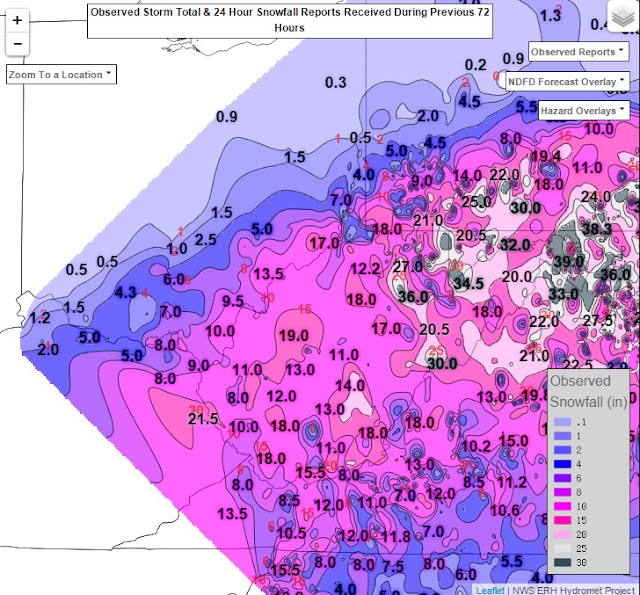 Why is it so cold in Rome, Ohio?

Email ThisBlogThis!Share to TwitterShare to FacebookShare to Pinterest
Last winter, Rome, Ohio in Ashtabula County reached an unofficial state record low temperature of -39. Why is Rome, Ohio so cold compared to other rural locations?  It lies in a valley surrounded by higher elevation. The denser, colder air drains into the valley when the sky conditions are clear and the winds are relatively calm. The heavy snow cover also promotes more cold. 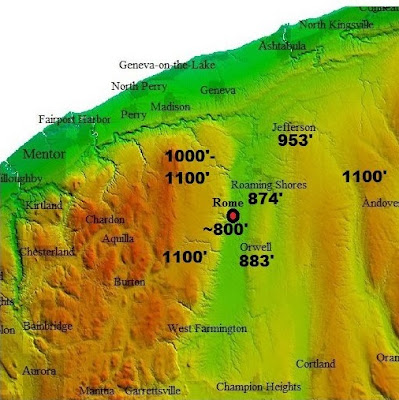 I emailed a variety of people within the National Weather Service asking why this temperature was not certified as the new state record low. Gerry Creager explains:

"In general (and there are others on here who can correct me if I'm wrong), US NWS, and climatological records are recorded by the National Weather Service Forecast Office with responsibility for that area, as well as the Operational Monitoring Branch of the Climate Prediction Center (http://www.cpc.ncep.noaa.gov/information/who_we_are/miss_analysis.shtml).

In addition, the various State Climatologists are responsible for their local data, and report to their own State, often as direct reports (at least on paper) to their Governor.
There are three networks of stations that might use for climate monitoring, including the Historical Climate Network, the Climate Reference Network, and the Federally maintained ASOS sensors usually found at airports. To the best of my knowledge, unofficial, and Citizen-Science sources are not included in monitoring extremes for records, but may be used, as they are in operational meteorology, as sanity checks for other observations.

I believe you can pull the MADIS Mesonet records, and look at METARs as well. There are several climate data sets in there, but the ASOS data are present, as are the CWOP data. You might also want to peruse http://www.noaa.inel.gov/crn/crn.htm, and the NCDC holdings.

Note: This is based on my knowledge and interpretation due to my research, and some of the work I do with the CWOP servers. There are other folks, associated with the Federal side of CWOP and MADIS, included here, who can provide more authoritative data, perhaps."

"Gerry covered the issue very well. It is very difficult to get the Climate Extremes Committee managed by NCDC to use networks beyond NWS/FAA.

See http://www.ncdc.noaa.gov/extremes/scec/records
for more details on the process, etc."

So it doesn't look promising that Rome, Ohio will officially break the all-time state low temperature record set back in 1899 in Milligan, Ohio

Email ThisBlogThis!Share to TwitterShare to FacebookShare to Pinterest
Back in September, I strongly speculated on the possible winter pattern. This was my initial outlook given the initial conditions and projections FOR DECEMBER back in September.  In reality, the southern jet stream hadn't established itself as a winter storm driver. 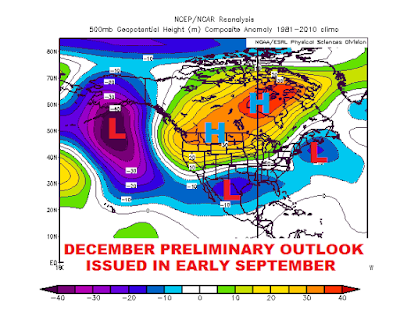 The position of the warmth was too far west for December.  The arctic air over the North Pole was very stable. The ridge was powerful across the east. Heavy rain and severe storms/deadly tornadoes during the month were common around Christmas. 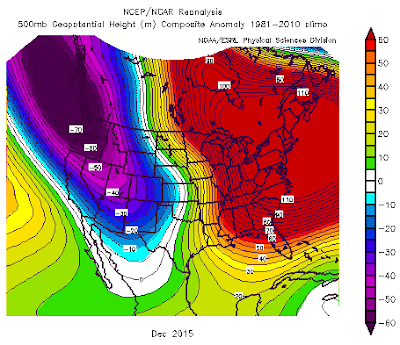 On December 6th, I opined using videos (bottom half of the post at this link) showing the stronger position and intensity of the southern jet stream in January. 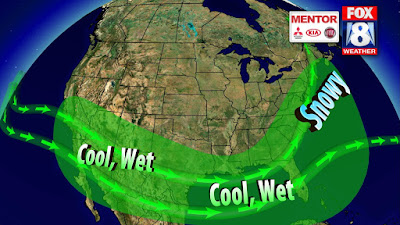 The extended models are this southern storm track (panhandle lows) as the dominant track through much of February.  Here are the snapshots on six periods of seven days each ending during the third week of February. 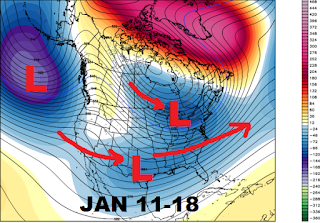 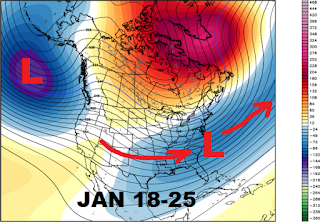 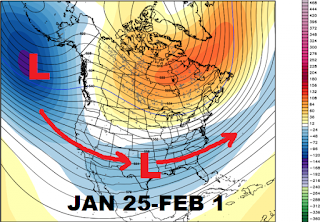 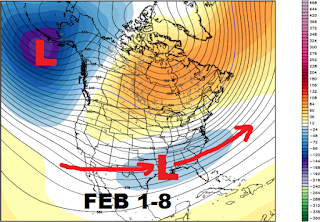 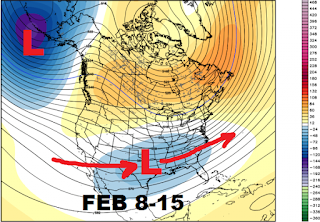 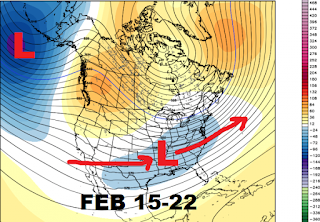 Most of the teleconnections (NAO, AO and PNA--EPO bouncing back a bit) showing troughiness in the east overall. 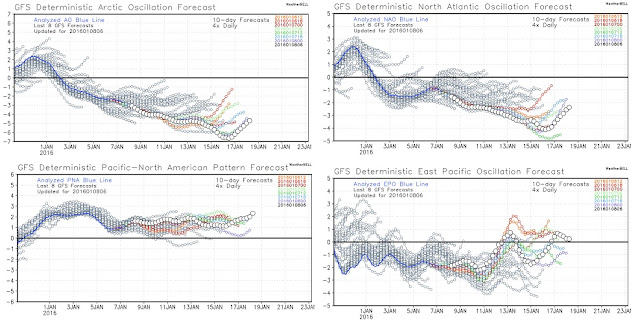 All of these factors seem to be the real deal which will lead to colder temperatures and higher chances of panhandle low type systems to interact with colder air leading to an eastward push of snow!

Lake Erie ice cover is nearly non-existent. Last year (before the record setting cold developed) ice cover was only 5% through the first 8 days of January. The current water temperature is still at 40 degrees.  The average water temperature is 35 on the 8th. Any cold outbreak like what we will see next week will aid in dropping the water temperature versus adding lake ice outside of the western basin where the water depth is shallow. Bottom line, lake effect snow is more possible January through March than in past years. 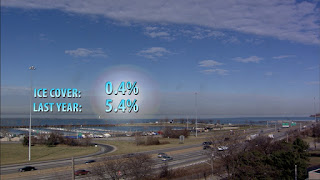 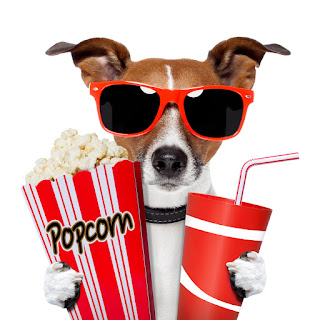 Here it is. My final movie list of 2015--83 in all--with links to past years' lists. Wikipedia has a great description of each movie. Enjoy!