Email ThisBlogThis!Share to TwitterShare to FacebookShare to Pinterest
Back on May 10th, I posted this long range outlook showing that our confidence of warm finish to the month of May was very high. This was my thinking at the time. 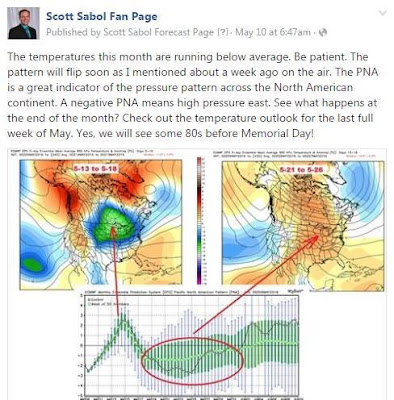 The first 23 days of May were cool not only in Cleveland and northern Ohio but across 85% of the US. 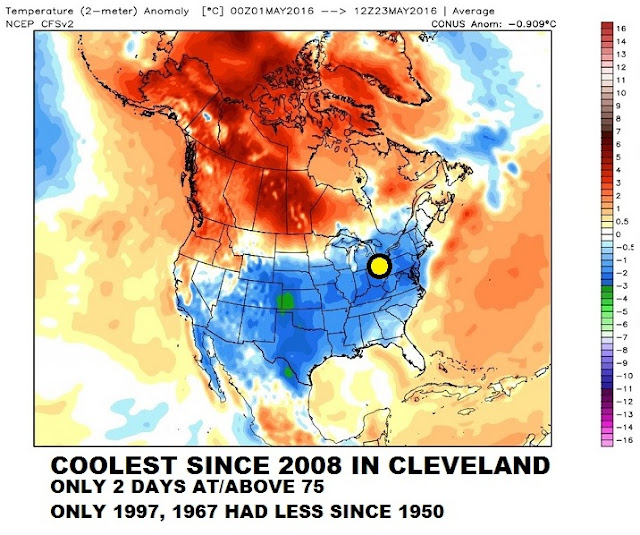 The final 8 days will feel summer like across a 15 to 20 state area. 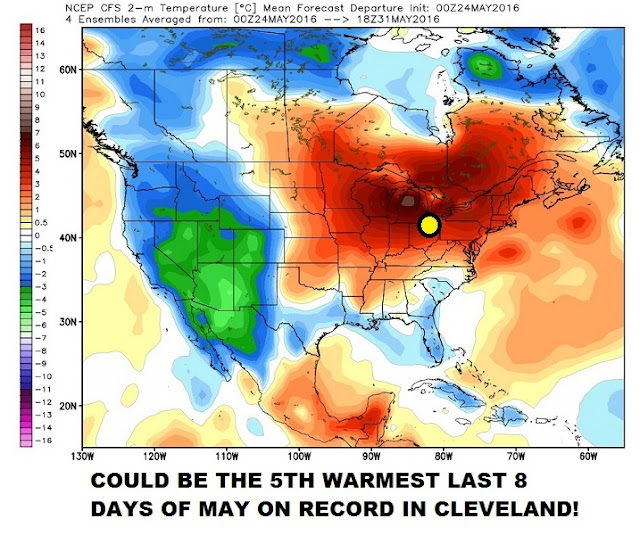 Who says realistic long range outlooks aren't possible?
at 8:24:00 AM Posted by Scott Sabol No comments:

Email ThisBlogThis!Share to TwitterShare to FacebookShare to Pinterest
Some days weather casts flow with metronomic ease. Each segment evolves with seemless precision incorporating sprinkles of down-to-earth science, flawless grammar resulting into an easy to understand message. It permeates the air with the richness of a chocolate cake. Other days it's like driving a dump truck through a nitroglycerin factory with no chance of rescue.  I've blown up a bunch of factories. 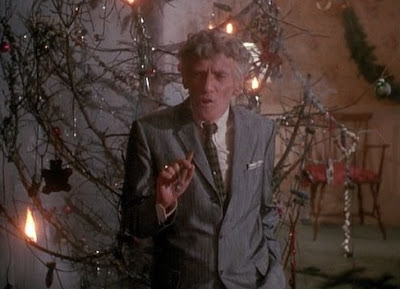 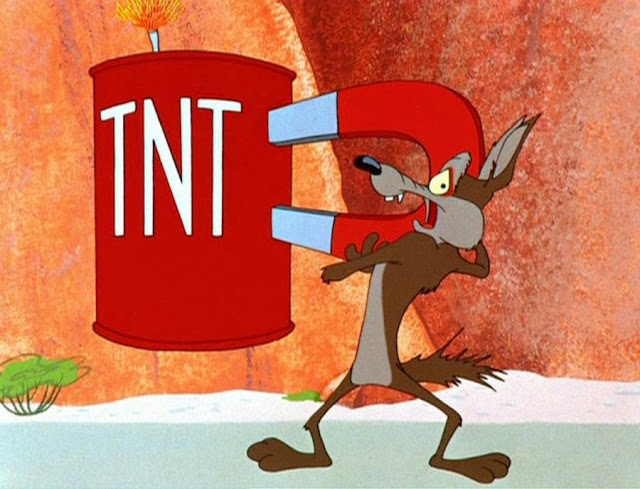 How Rare is May Snow in Cleveland? 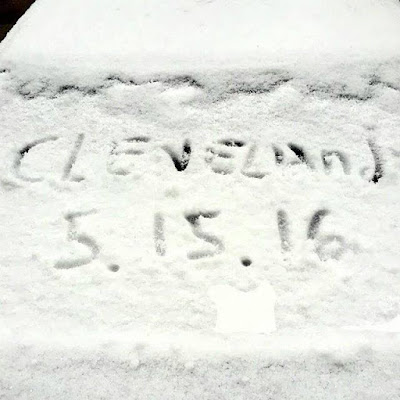 Sunday marked only the 12th time since the late 1800s we have had measurable snow in May.  The latest report of snow at a National Weather Service reporting station in Cleveland was May 27, 1907 when we had a trace. Keep in mind that weather reports were recorded at different location around downtown Cleveland from 1870 through the 1930s.  Readings started at Hopkins Airport southwest of the city in the mid 1920s.

It wasn't until the late 1930s when records became consistent and searchable. Officially, we only had a trace at Hopkins Sunday.  850 mB temps were between -5 and -7 early Sunday morning with surface tempertures in the mid to upper 30s.   The rare instances of May snowfall is list below.

Links to this post
Labels: 2016, cleveland, fox8, may snowfall

Are These Big Spring Temperature Changes Something New? 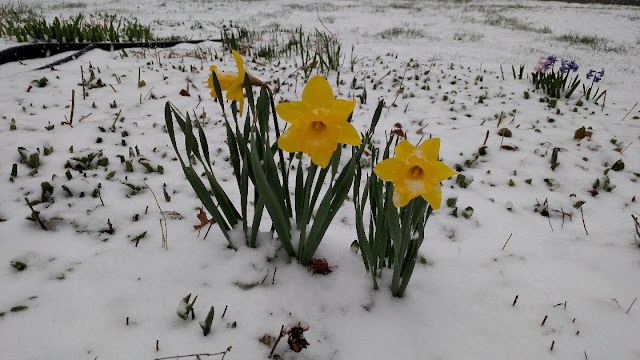 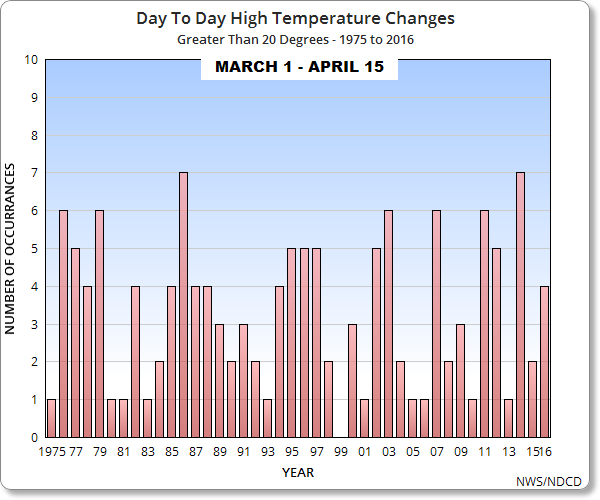 The number of occurrences haven't varied a lot over the last 40 years between March 1st and mid April. I thought the numbers would have been higher since the late 1990s. 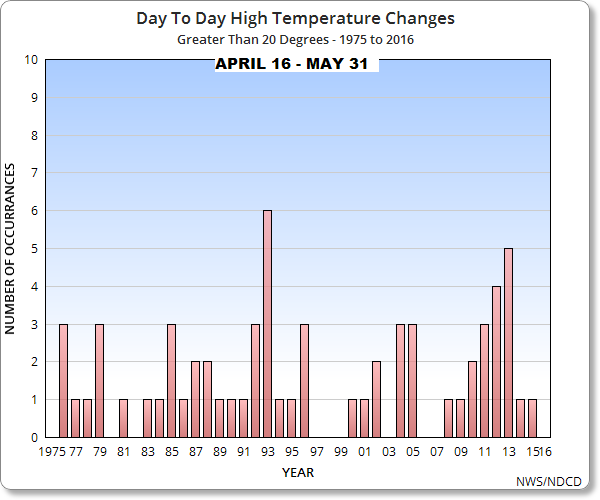 Historically, large temperature fluctuations after April 15th don't occur as often due to the lack of residual cold air left over from winter. So far this year (2016) we haven't had an occurrence since April 15th. 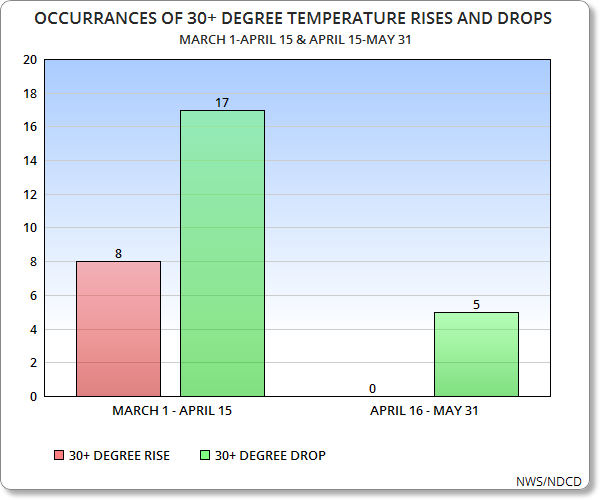 As much as perceive these fluctuations to be a new thing here in northern Ohio, it is quiet common in early spring and has been for at least 40 years. This is another classic example of the Recency Effect as work.  That is we overly weight in our minds more recent events with greater significance and quickly dismiss events further back in time. Note that these conclusions are derived ONLY from Cleveland temperature data.

How big is the largest Alberta Fire?

Email ThisBlogThis!Share to TwitterShare to FacebookShare to Pinterest
The Fort McMurray fire as of Thursday May 5th is around 85,000 hectares or 210,000 acres! These comparison to big cities around North America are staggering. Images courtesy Macleans. 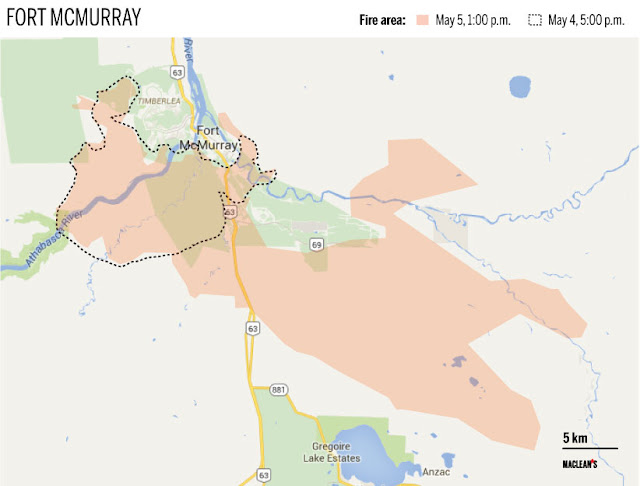 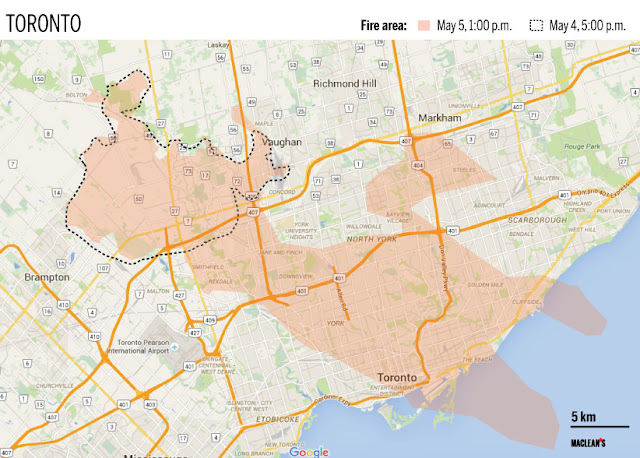 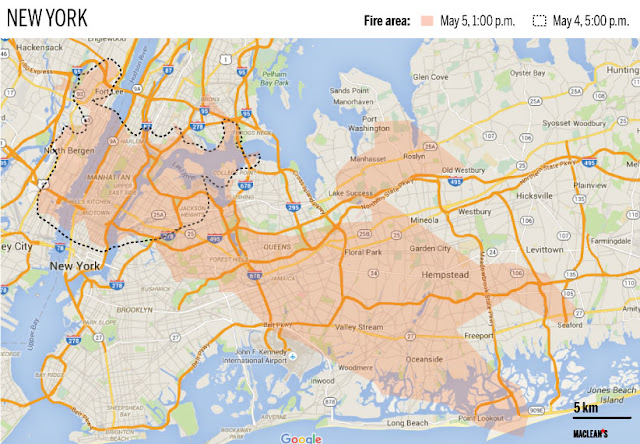 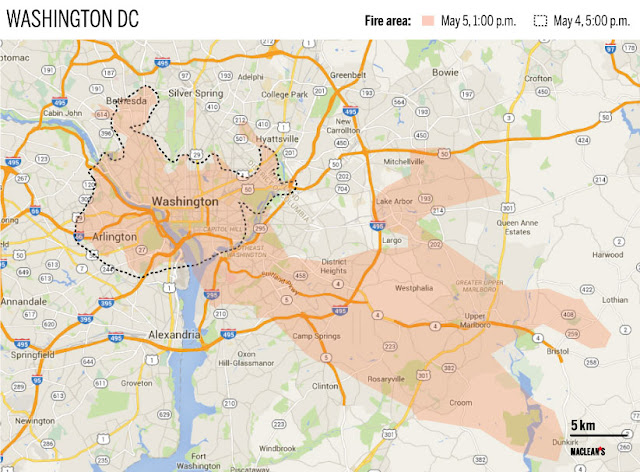 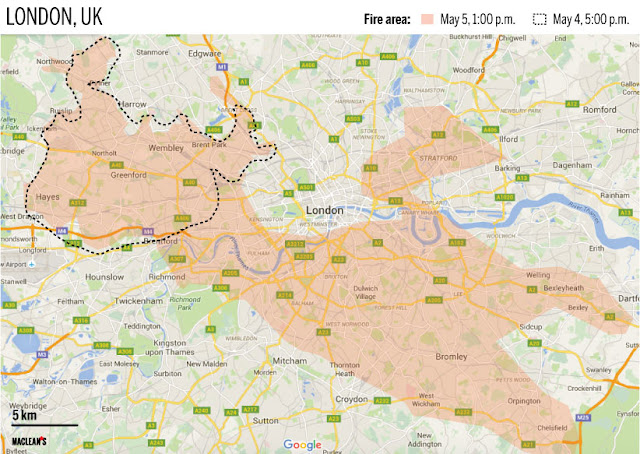 The Omega Block in the middle of North America kept central Canada dry accelerating an already dry region from this past winter. Well above normal temperatures surged north. 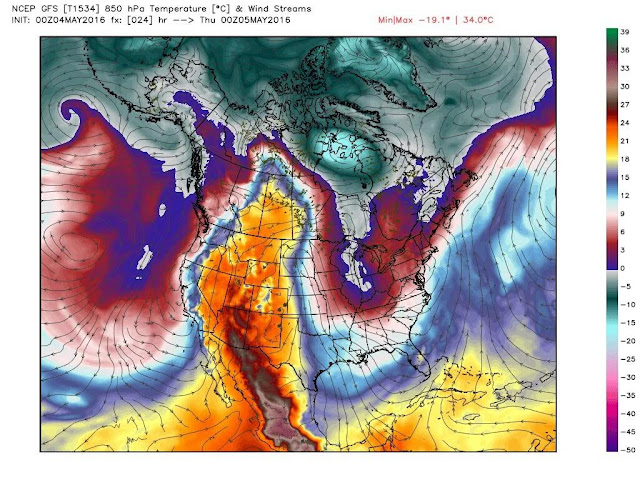 More heat this weekend. Some relief is on the way late this weekend as the temperatures will fall back into the 50s.