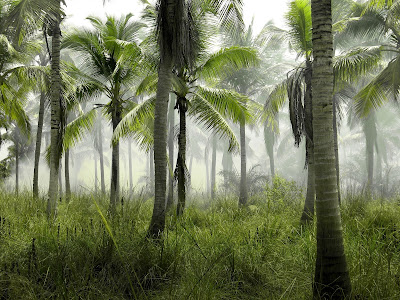 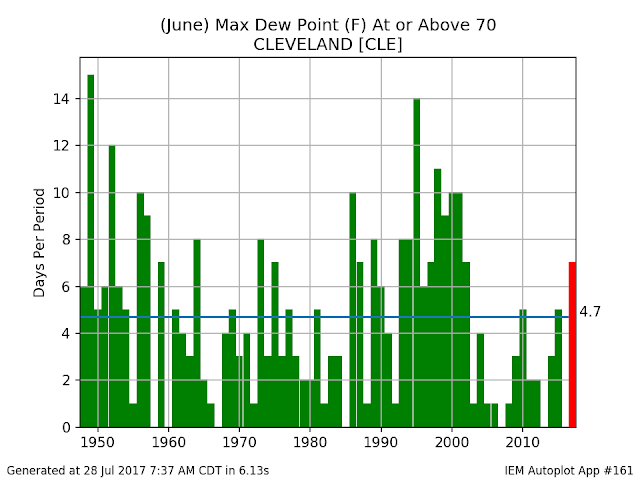 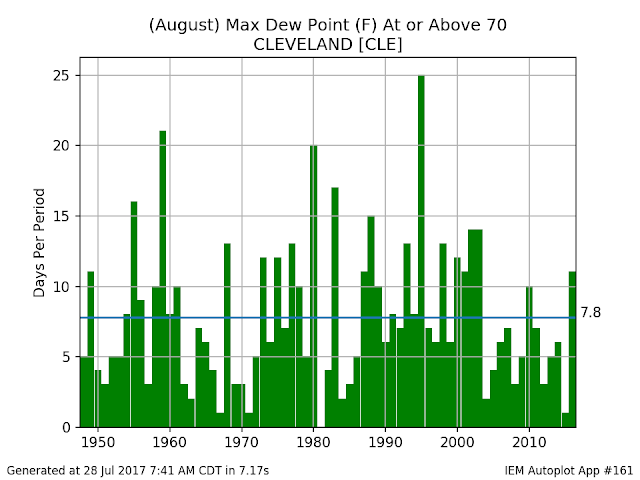 In July (two graphics above) 12 years since the late 1940s had at least 15 days with 70 degree dew points. The peak in the data period was over a 25 year period from the late 1970s through the early 2000s. We have trended below normal since the early 2000s in August. 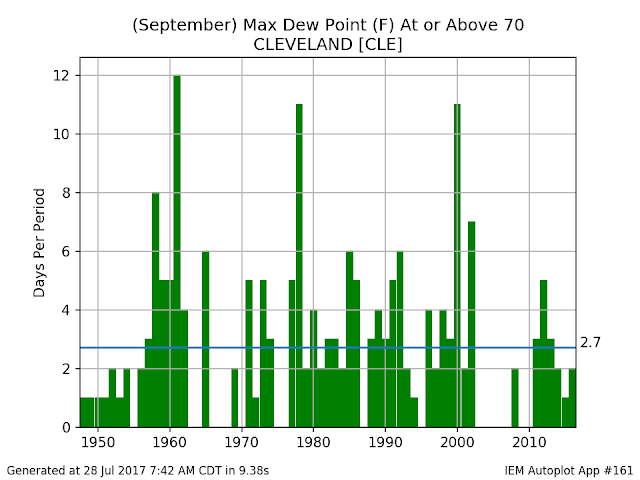 How about 80 degree dew points? 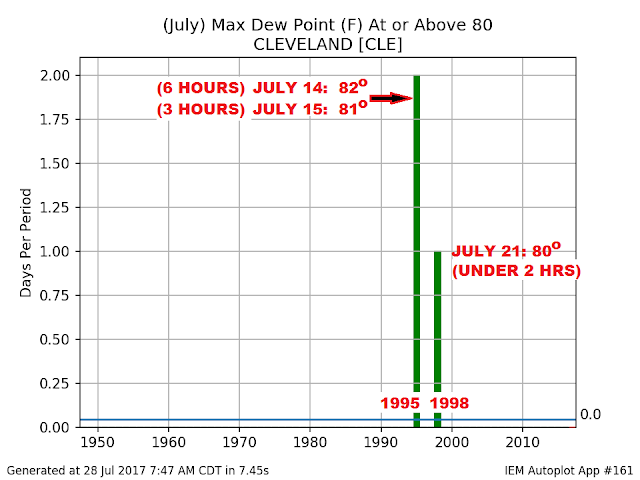 Are Summer Temperatures in Northern Ohio Getting Warmer? 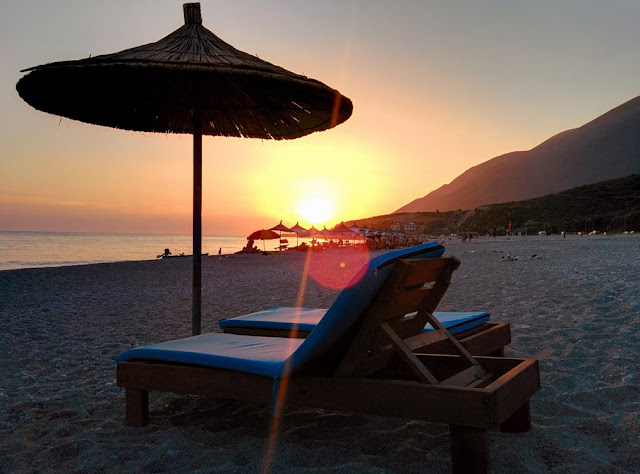 Many people have asked if summer temperatures are getting warmer in northern Ohio over the years. Answering this question isn't easy because there are so many automated observation stations that yield different answers depending where you are across our 20+ county area. Cleveland Hopkins isn't an accurate representation of Geauga County.  Akron or Canton isn't good in representing Sandusky. See the problem?

Luckily, Ohio is broken down into ten climate divisions to make our quest easier.

Using the NCEI (National Center for Environmental Information) "Climate at a Glance site, it was easy to plot the average temperature for the divisions that encompass northern Ohio.

(I also used the Southern Regional Climate Center site to show 5 year averages (blue and red bottom graphic) for each division. I used divisions two, three, six and seven to best reflect all northeastern Ohio counties).  These graphs above give us a pretty good idea on long term trends dating back to the 1890s. 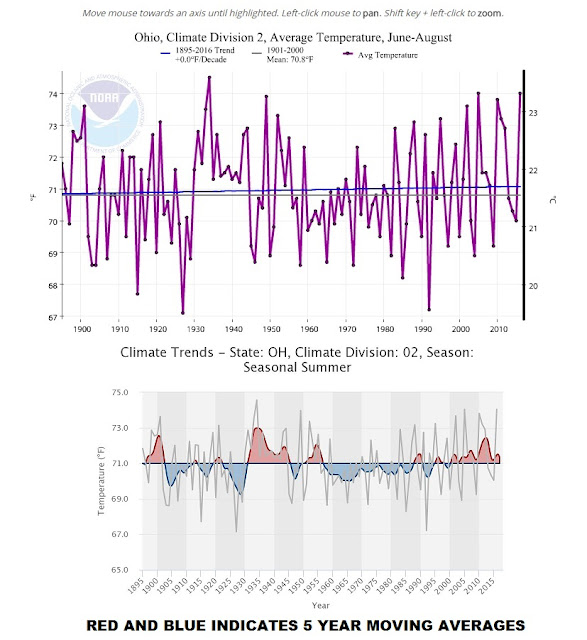 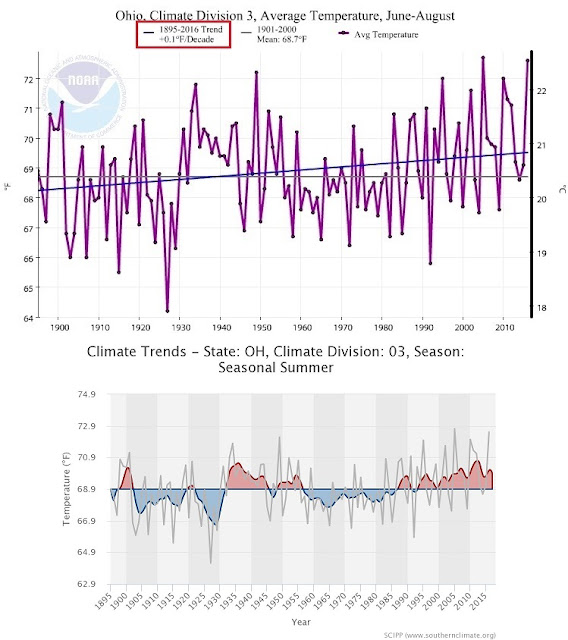 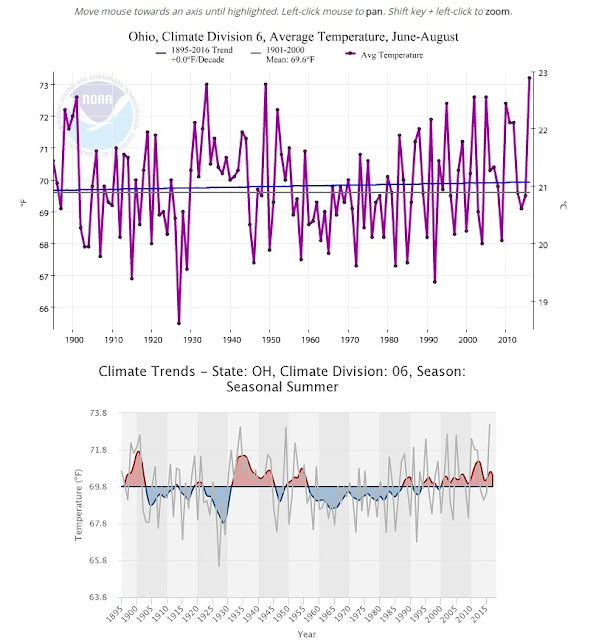 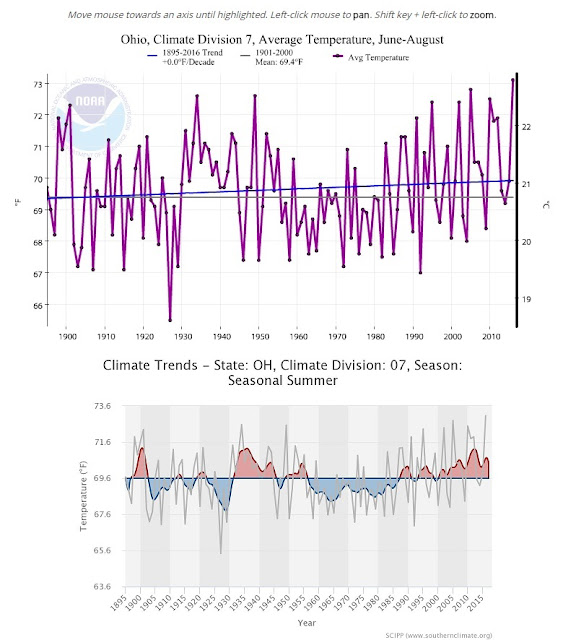 A few points to consider when interpreting these temperature graphs:

1)   Interestingly and surprisingly, these northern Ohio climate divisions show very little long term temperature variations during the summer months (June, July and August).  We see general above normal warmth from the 1930s through the 1950s, a cooler trend from the 1960s through the mid 1980s and a warmer trend since the 1990s. Will this warmer trend continue? That's the big question

2)   Its very important to note that these graphs don't necessarily reflect any temperature trend on a larger scale nationally or globally. What occurs on the local level like northern Ohio can be very different from global trends. So using this data or any local data to dispel Climate Change ideas would be inaccurate.

So how were these divisional temperatures calculated?

Were main reporting stations that we use on the air like Cleveland, Akron, Mansfield, etc the only ones used?  In searching for the answer, I remembered my discussion with Derek Arndt, Chief, Climate Monitoring Branch at the National Climate Data Center (NCDC) back in 2012 and my recent follow up in which he outlined the procedure:


"For our month-to-month reports, the climate divisional averages are constructed from all available stations (NWS) within the division at the time. We only use stations that are in the GHCN-Daily network of stations with a service record long enough to establish some kind of "normal". These are your familier NWS ASOS/AFOS/AWOS stations, NWS-commissioned COOPerative observers. .This preliminary makeup won't change dramatically from month to month. The major airport stations you mentioned will almost always be there, unless there are problems at the station. The more obscure cooperative observer stations may be a little less reliable and may drop in / drop out from month to month..."

"...After a few months the "paper based" records roll in (the ones that are literally recorded on paper and old-school mailed to the weather service). At that time, we'll recalculate the divisional averages, and call these our "final" values.  The preliminary average isn't a straight average. There are some mild gymnastics involved to account for missing stations; this has little impact on the outcome especially for temperatures."

That's probably more than you needed to know.  As a scientist, it's essential to ask these questions so that you can have some working knowledge of the process. Asking WHY or HOW is often times more important than the result.