Email ThisBlogThis!Share to TwitterShare to FacebookShare to Pinterest
Cool Lake Erie ice coverage images courtesy of the European Space Agency Sentinel-L2 and L3 satellites. Notice the surface inconsistencies of the ice and the BIG crack/gap highlighting the unstable nature of the ice field. First image is from the MODIS satellite. The remaining images (courtesy ESA - Sentinel L2 and L3 satellite) start over the eastern basin from Buffalo to Erie, PA where the ice thickness is greatest. Notice the mid-lake crack which is roughly 2 miles wide.

Our vantage point from the shoreline is short. Notice how highly variable the ice coverage is as you continue out onto the lake 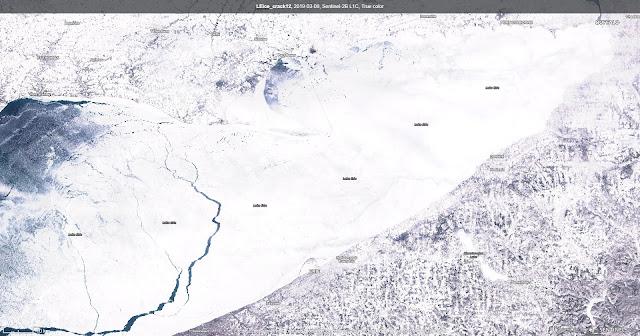 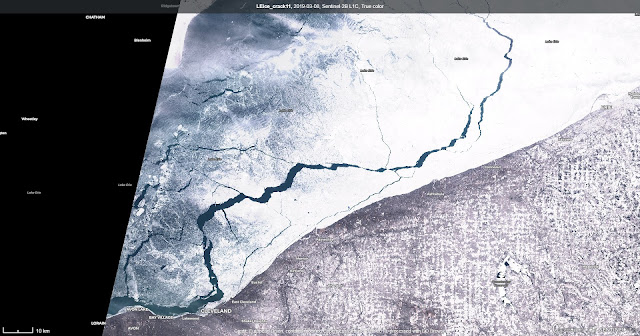 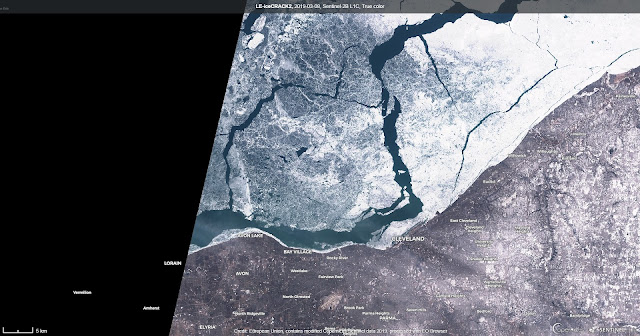 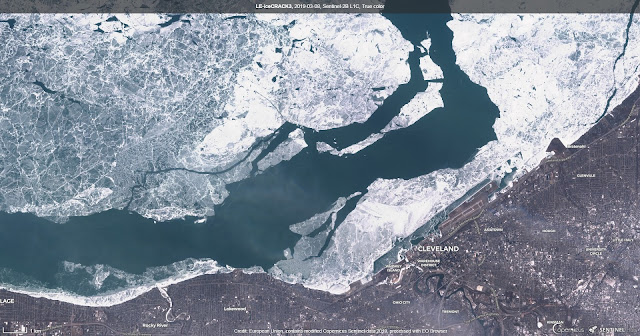 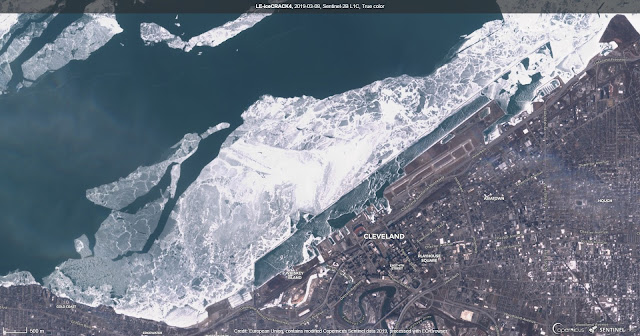 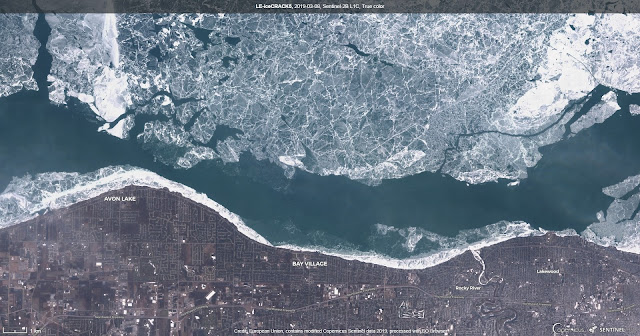 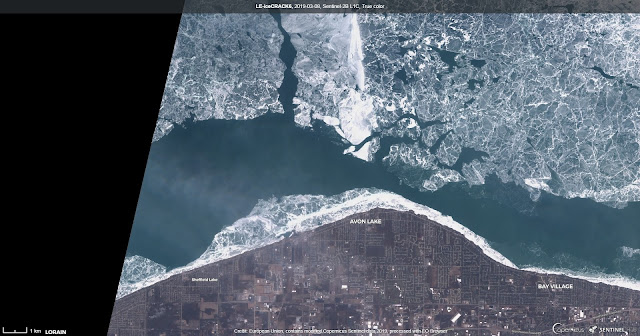 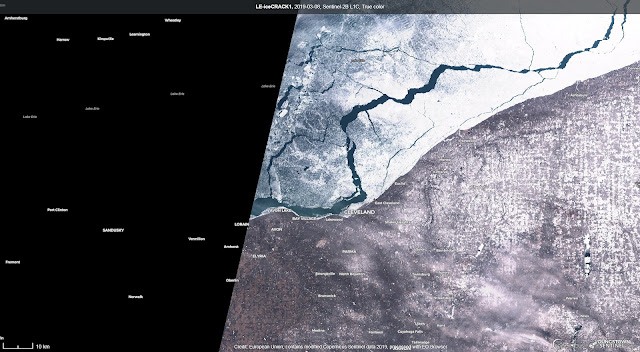 Thickness will continue to drop along the shoreline to between 1-2 inches
at most by the end of the week. STAY AWAY FROM THE ICE!

Email ThisBlogThis!Share to TwitterShare to FacebookShare to Pinterest
Jose Ramirez was in the midst of an historical season for the Cleveland Indians. His offensive numbers have cooled down recently as teams have taken a different approach in pitching to him.

The first 4 months of the 2018 season, Jose feasted on fastballs. The majority of the pitches he saw were fastballs even when the pitcher was ahead in the count. 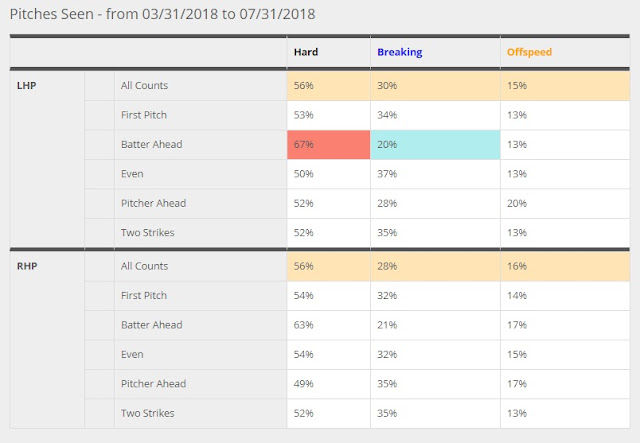 By August, pitchers began throwing more breaking balls and off speed pitches especially when they were ahead in the count. 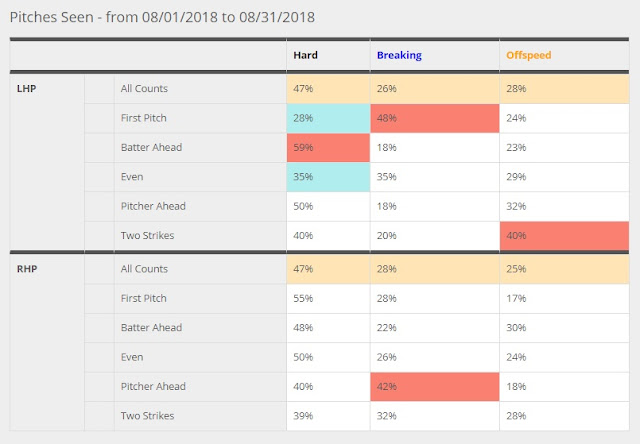 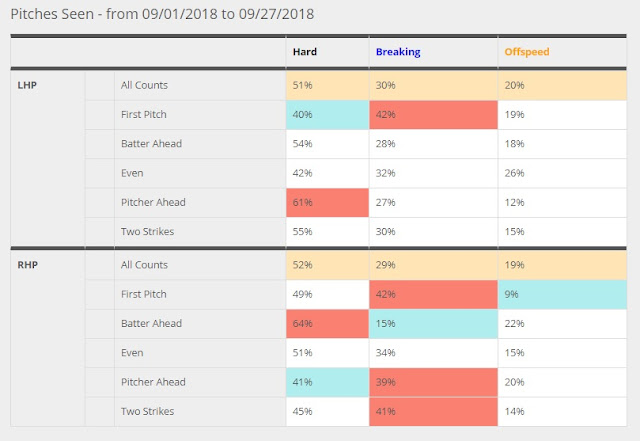 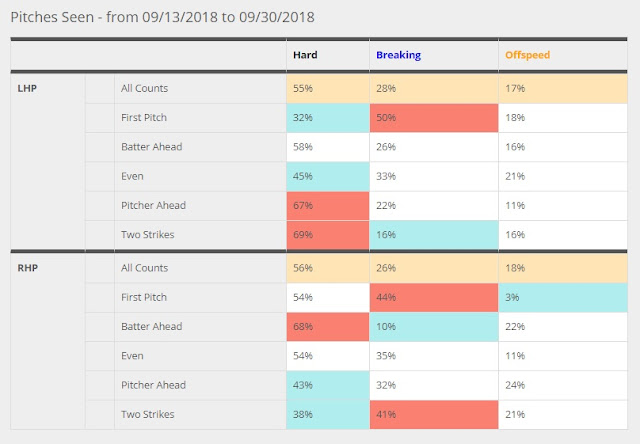