Email ThisBlogThis!Share to TwitterShare to FacebookShare to Pinterest
Here are the wOBA ranks for each of the last 10 season at the end of May.  (Fangraphs has an excellent tutorial on their website on what wOBA is an why this statistic is much better than batting average or on-base percentage)

While there are certainly some exceptions (total of only 5 teams) 81 of the 86 teams that have made the playoffs in the last 10 years have had better wOBA than the Indians as of this writing.

Unless the Indians offense gets better at the chances of them making the playoffs are extremely Slim.

Email ThisBlogThis!Share to TwitterShare to FacebookShare to Pinterest
April/May 19th cloud cover for each day in Cleveland and Akron


Mid April-Mid May: Ohio rainfall and temperatures vs normal since 2015

Email ThisBlogThis!Share to TwitterShare to FacebookShare to Pinterest
So far our spring weather has been less than desirable. Many have said that this spring has been the worst spring in a long time with many believing that rainfall must be close to a record for spring.

Rainfall since April 15th has been well above normal (normal is 3.7"). Interestingly rainfall has been almost identical to the last 2 spring seasons.

So why does it seem that the weather recently has been much worse?

I used 3 different measures in determining how the spring has gone.
* Number of days with rainfall
* Cloudy Days (at least 50%)
* Temps vs normal

Sure enough, we've had more rainy days and cloudy days for sure with very little breaks.  But contrary to popular belief, the temperatures have not been all that cooler than normal.

Will the pattern start to dry out or will a rainy pattern redevelop in the long term?

The PNA is starting a dive below normal in the next 10 days. By itself, this indicates troughiness west and ridging (warmth) eastern half of the US. 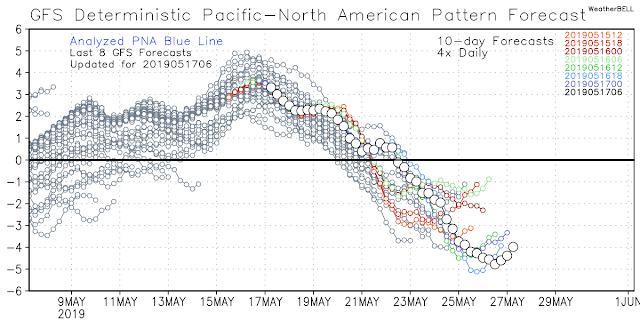 The Euro has been picking up on this configuration for a few days. A brief warmup this weekend (May 18-19), a break followed by the ridge blowing up and expanding north to start Memorial day weekend!

Earlier in the week (May 13th), I tweeted the SOI (southern oscillation index) changes and the matching 500 mB composites for the end of the month.  Based on these, the pattern looks to do two things:  First the SE ridge flattens out and shifts south.  Secondly, the storm track re-positions itself back through the middle of the US.   The EURO is starting to pick up on this flattening by the 27th of May. 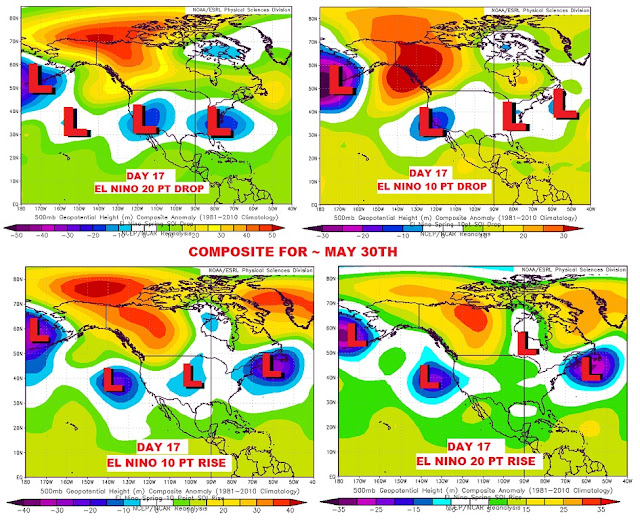 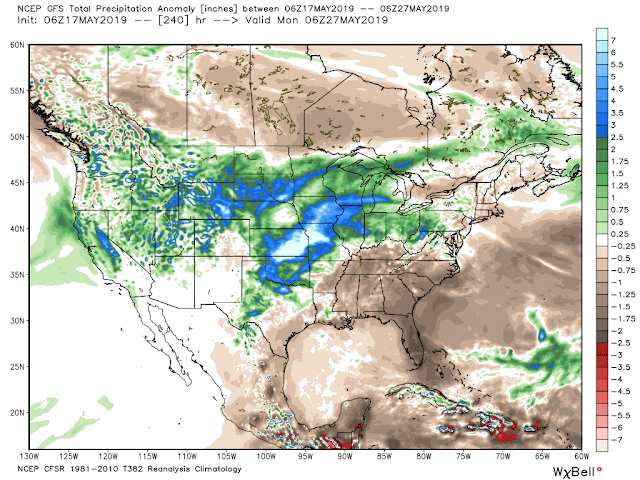 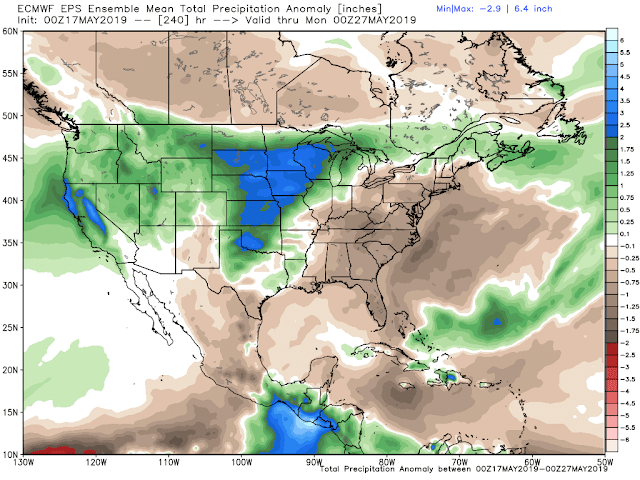 Email ThisBlogThis!Share to TwitterShare to FacebookShare to Pinterest
Per Iowa Extension Agents:

"At the state level historical USDA-NASS data indicates that if 50 percent of the corn is planted before May 15 the chances for high yield potential still exists (Figure 1). In only five of 40 years the 50 percent corn planting point has not occurred before May 15. In each of those five years, the statewide corn yield was below trend line." 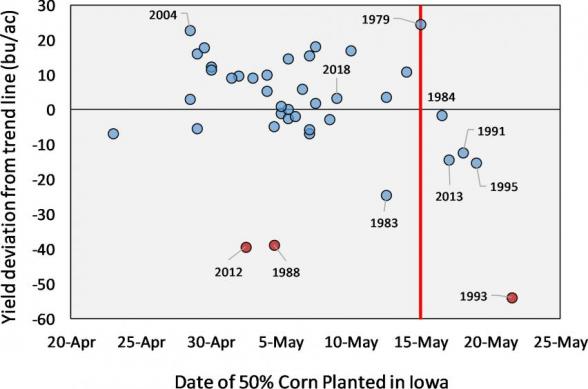 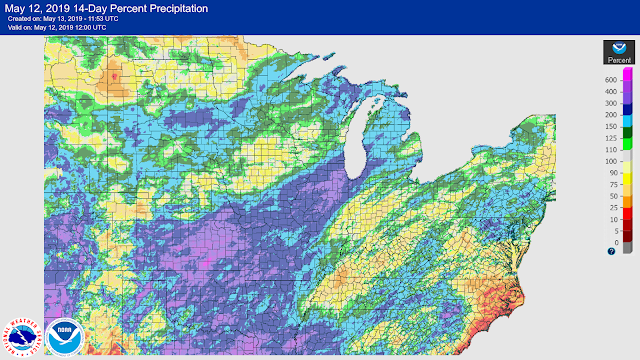