May Snow & Cold in Cleveland/Northern US

Email ThisBlogThis!Share to TwitterShare to FacebookShare to Pinterest
Here in northern Ohio we typically say that if you make it to Tax Day, the chances of seeing snow are pretty remote. Not this year. Late April cold invaded the eastern half of the US and again in early May!  A ton to unpack here so let's get to it.

The month didn't start off super-cold. We had a few days in the 70s during the first weekend. Watch the progression of the cold across the northern US via the RTMA temperatures between May 2nd and 5th. 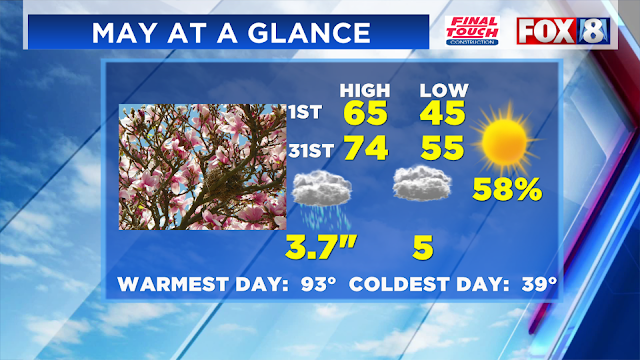 There have 19 years since 1950 with at minimum snow flurries in May and only a handful of years with measurable snow. I remember May 15, 2016 because I was at a baseball tournament coaching. It was a Sunday and there was snow on the ground at 7am! 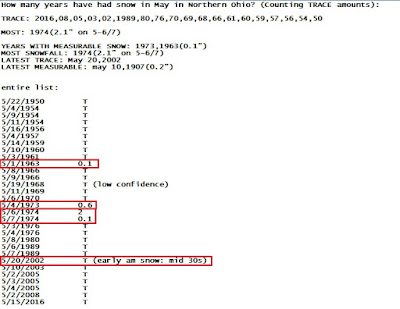 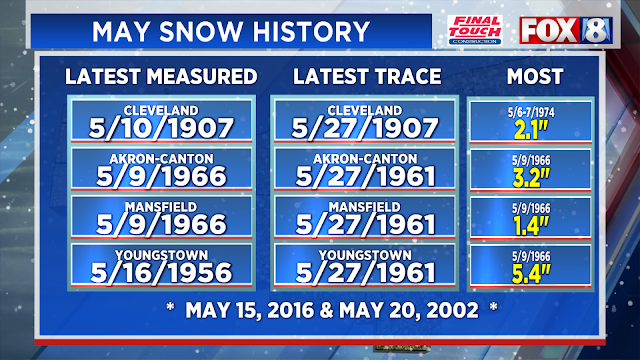 Earlier last week, the models were showing a strong surge of cold for Friday/Saturday, May 8-9th. Based upon both the GFS and EURO long range data for Detroit and Pittsburgh--IF verified--this would tie or possibly break the all-time upper level sounding data record for 850mB (5000 feet) cold !set back in 1966 While this isn't where we work and live, this level is critical for determine lake effect snow and surface temperatures. 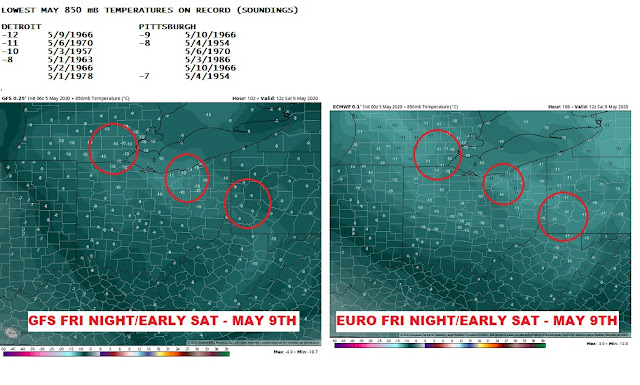 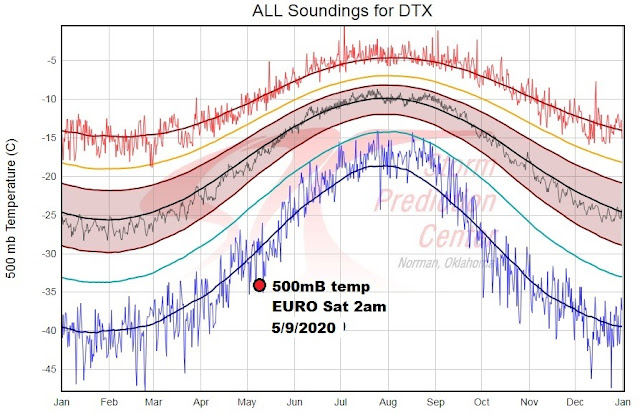 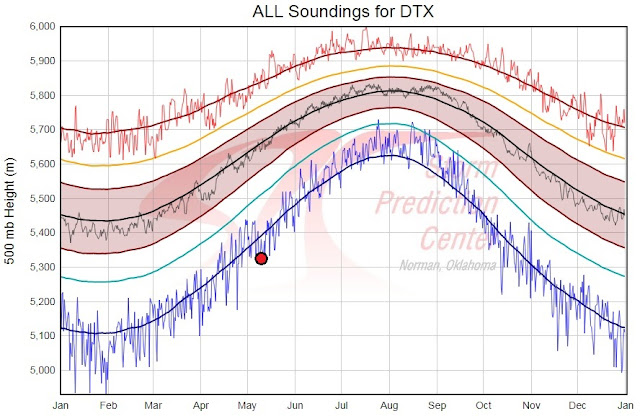 This is what the 850 mB temperatures read at 8am Saturday morning, May 9th: 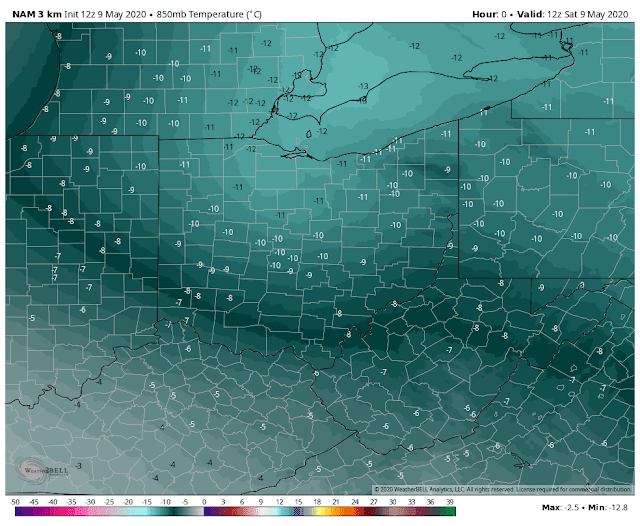 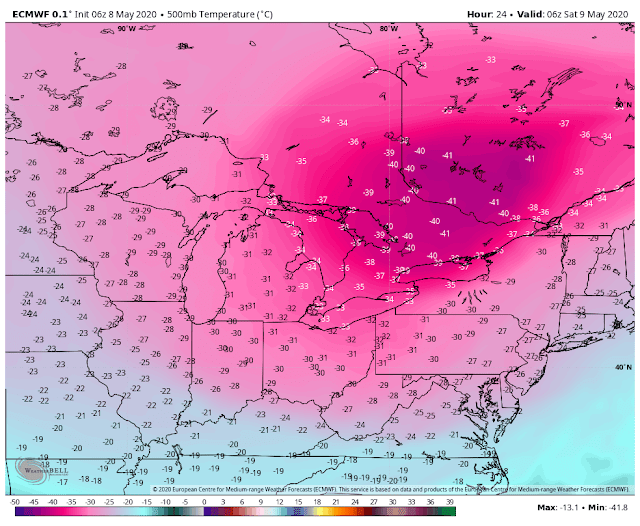 Our forecast called for "thundersnow" due to the large temperature change from Lake Erie (45 degrees or 7.5°C) to the temps above (-32°C) 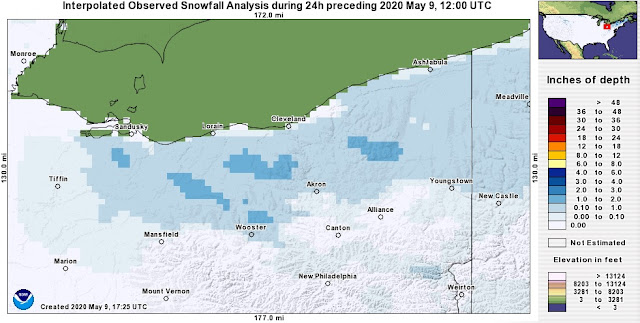 Check out the progression of record lows Saturday morning across the US.

Core of the cold over the Ohio Valley, Great Lakes and New England Saturday morning.

Wind chill at NWS Cleveland dropped to 20 at 7:51am Saturday May 9th 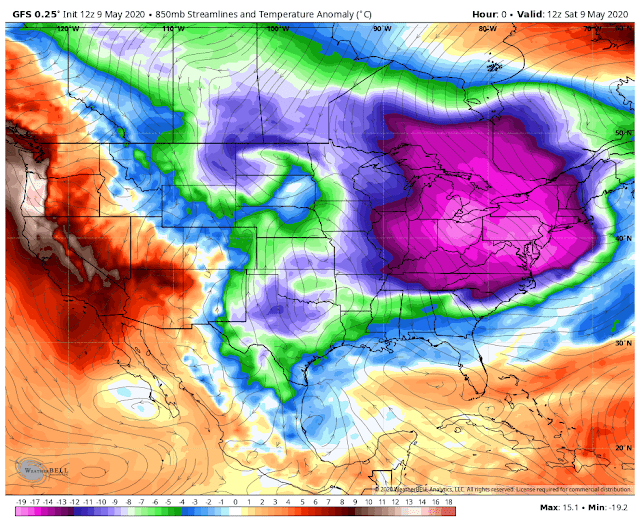 After a break Sunday with temperatures near 60 with storms/shelf cloud passage in the early evening...

...another clipper front passed through early Monday morning, May 11th. Yet another shot of frontal/lake effect snow! 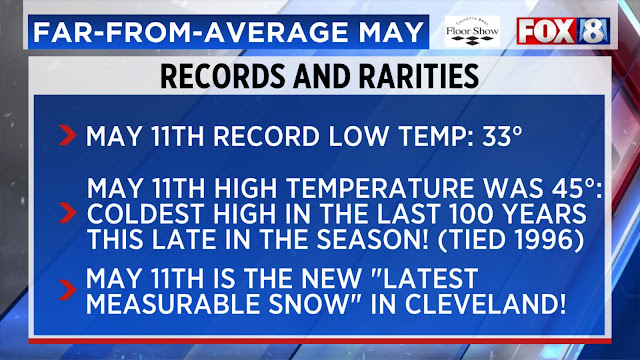 We still haven't reach 80 degrees this year. A warm up is coming! (regression to the average which is now nearing 70) 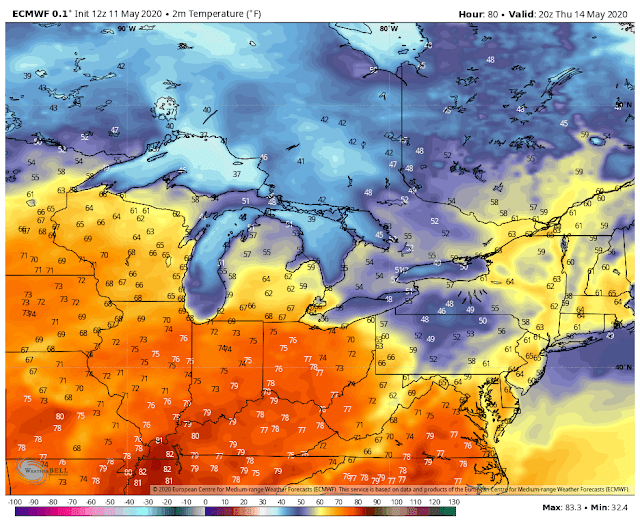 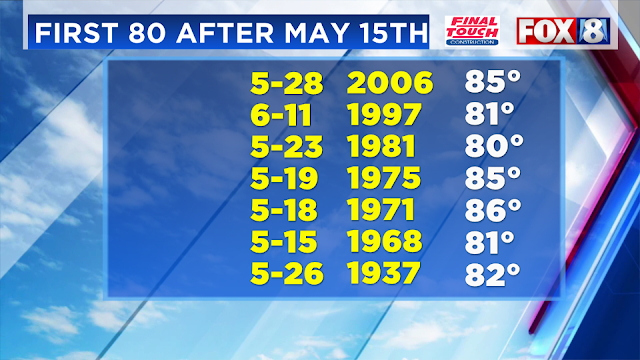 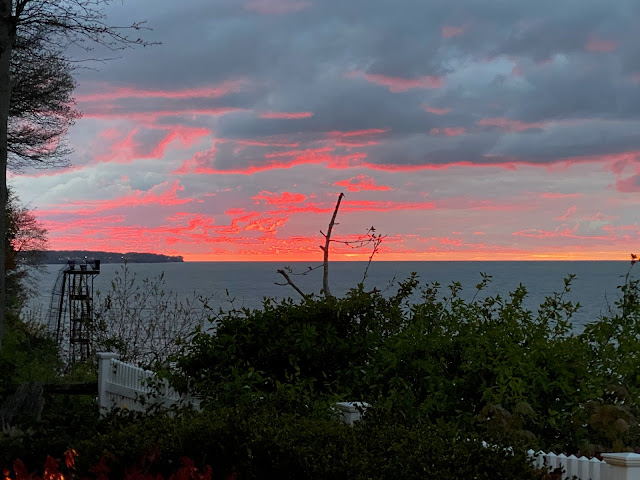