Cristobal About to Break a Unique Record

Email ThisBlogThis!Share to TwitterShare to FacebookShare to Pinterest
Tropical Storm Cristobal is now inland after making landfall along the Louisiana coast.

The forecast track takes the remains north through the central US and into the upper midwest/northern Great Lakes. 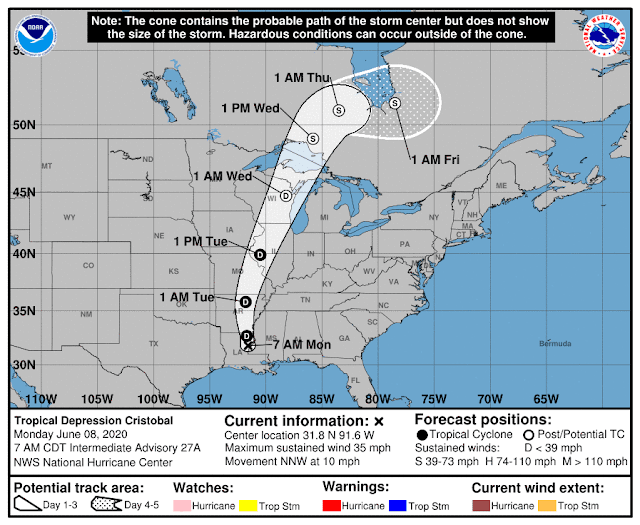 The western trough/surface front picks up the remains of Cristobal and lift it north...

This is very unique because after more than 2000 tropical systems in the Atlantic Basin since 1851 no tropical system has EVER impacted Iowa, Wiconsin, Minnesota and the upper peninsula of Michigan.   All of the multi-colored lines on the animation show EVERY tropical system since 1851. 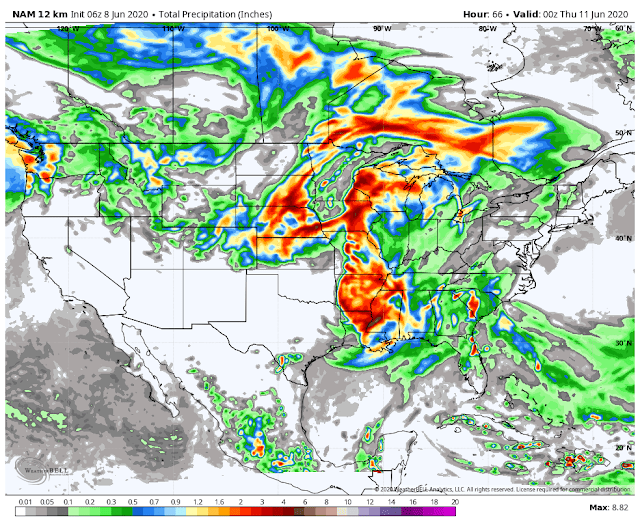 Which Weather Warning is issued the most in northern Ohio?

Email ThisBlogThis!Share to TwitterShare to FacebookShare to Pinterest
The Iowa https://mesonet.agron.iastate.edu/ is a fantastic resource for looking up past weather data. Warning: The site can suck you in so plan on spending some time bouncing around the different archives and graphical tools.

One element I found very interesting was the plotter that allows you to plot the NUMBER of specific types of watches and warnings PER MONTH for each NWS office.

How frequently are specific watches and warnings issued out of the NWS Office in Cleveland by month?

Earliest EVER Remains of a Tropical System - OHIO

Bertha developed off shore a few day ago along the Carolina coast. 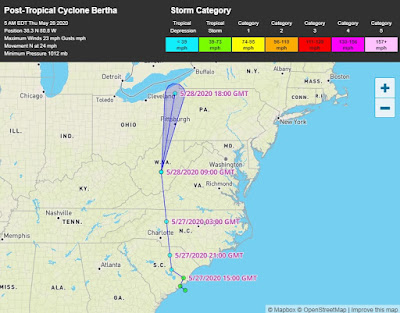 National Hurricane Center forecasted the remains to move along the Ohio/PA line. 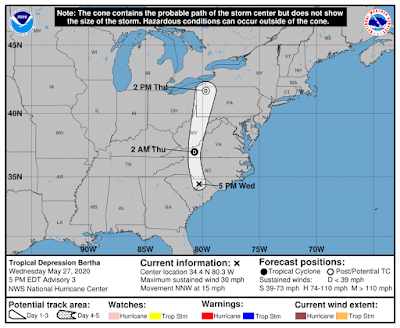