Will Lake Erie Freeze Over This Winter?

If you live around the Great Lakes especially downwind in wintertime, you probably experience lake effect snow especially during the first half of winter when the lakes are warmer and free of ice. Here in northern Ohio we live on the southern edge of Lake Erie (warmest and shallowest lake) directly in the lake effect snow firing line.  More ice on Lake Erie reduces lake effect snow potential. So each winter by mid January, the same question pops up: Will the lake freeze?

(Right after Christmas, we reached 1.2% ice coverage on the 27th of December before it melted off) 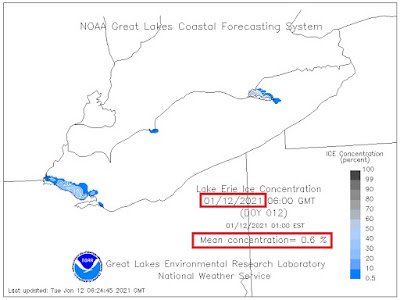 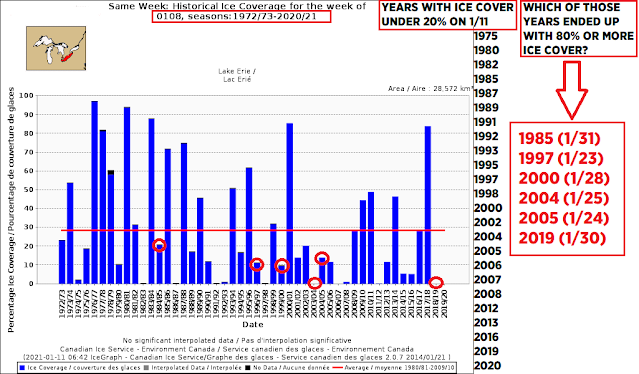 In these years ice coverage jumped significantly in just a few weeks! 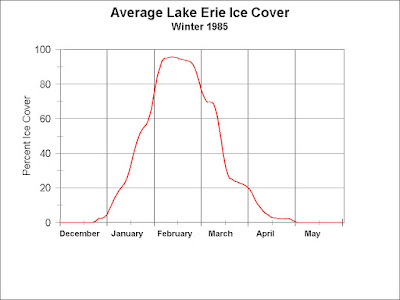 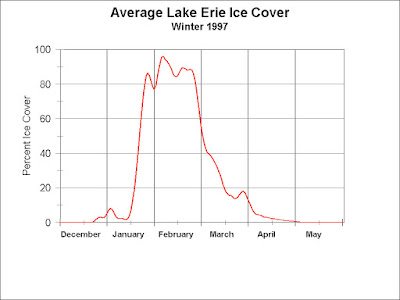 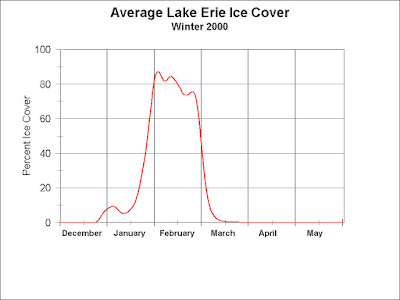 Why did those years develop ice so quickly?  Look at the temperatures vs normal across the Great Lakes and Ohio Valley between January 11th (low ice coverage) and the day when ice coverage reached at least 80% FOR EACH OF THESE 6 YEARS.

The below normal cold wasn't just relegated to Ohio. In each year, the cold was widespread over multiple weeks!


The Lake Erie water temperatures in these years started out well above freezing between January 11 and January 13. By day 10 (January 23) the water temp had dropped to between 32 and 34 degrees... 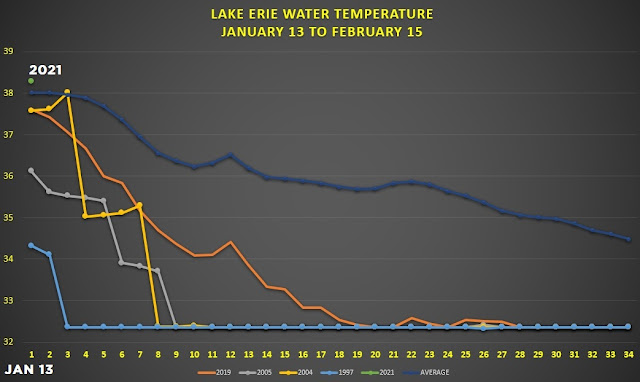 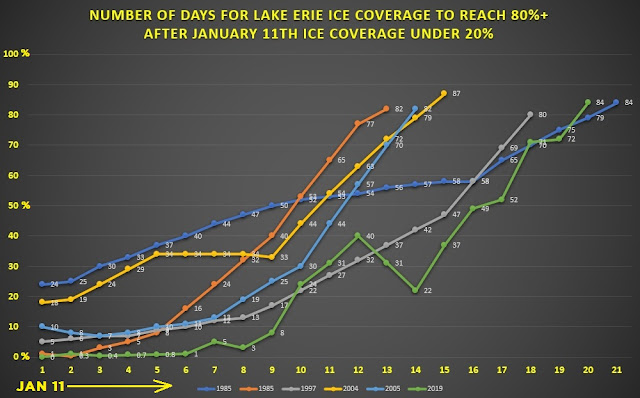 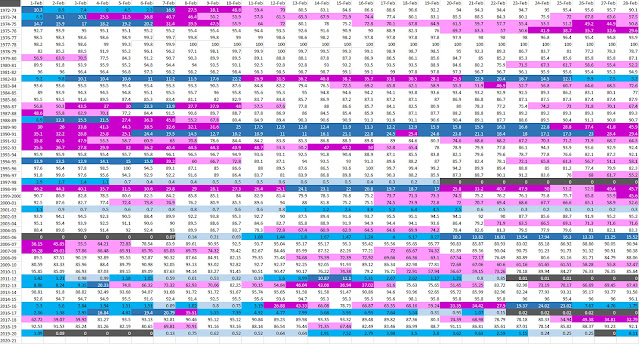 Based on the temperature forecast for the remainder of January and into early February, what are the chances the lake freezes over--80% or more?   Pretty small.
We are entering a 2 week stretch through the end of January with periods of colder than normal temperatures.  Based on what I am seeing, on the higher end I think the ice coverage will be between 40-50% by month's end.  In reality I believe it will verify closer to 25%.
Bottom line, Lake Erie will stay open for lake effect snow business into early February!
The first 10-14 days of February will be key to the rest of the winter Lake Erie ice coverage. 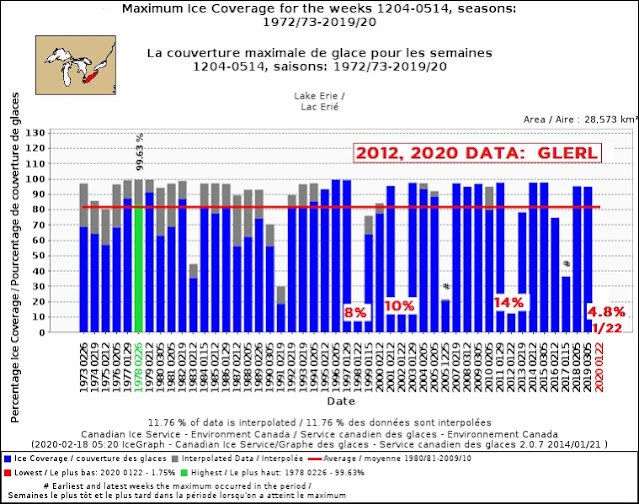