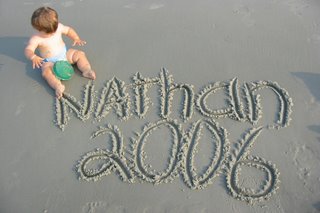 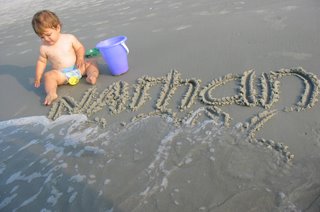 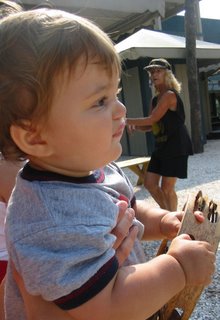 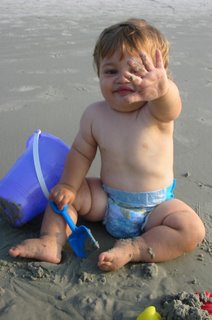 Email ThisBlogThis!Share to TwitterShare to FacebookShare to Pinterest
These are about 6 weeks late. Enjoy them nonetheless. 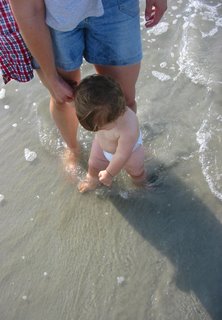 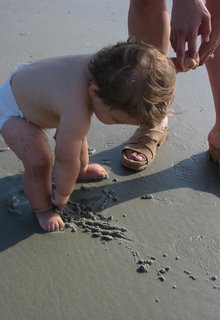 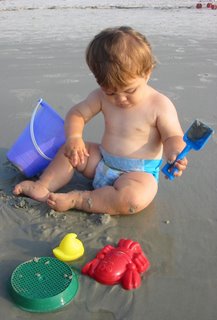 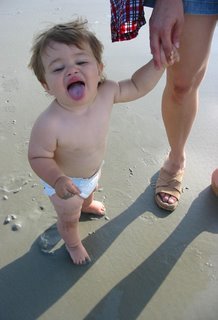 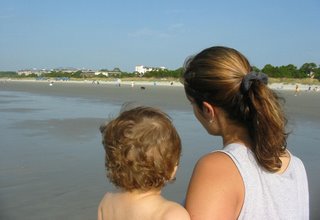 Email ThisBlogThis!Share to TwitterShare to FacebookShare to Pinterest
While I enjoy some delicious stir-fry for lunch that my lovely wife made last night (even better as leftovers), I've been pondering what this fall and winter has in store for me being that my son, who is almost 15 months now, has a comprehension list of at least two dozen words. Those words range from "bottle" and "blankie" to "subacromial decompression". Everytime I ask Nathan what part of daddy was operated on last year with a procedure called Subacromial Decompression, he immediately points to my right shoulder. Amazing. By Halloween, he'll be beating mommy and daddy at Scrabble. 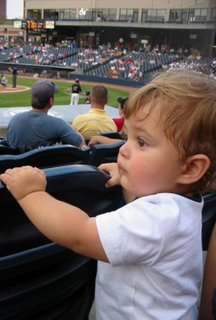 His level of comprehension and mobility certainly makes days very entertaining. You can interact with him more than ever before. He even has a favorite baseball bat picked out from my collection which he drags around the house.

But I believe that this fall and winter will be especially enjoyable. I can't wait to jump in piles of leaves in October to a hayride around halloween with my little bruiser. And how will he respond to the first snow? Who knows. Maybe he'll react like me when I was 11 when I tried to shovel the entire backyard in early November because of my immense disdain of frozan precipitation. That's a story for another time.

Nathan is even showing an interest in video games! You know, the basic ones like Tetris and Ms. Pac-Man.

He's also diving head first into mommy's purse no doubt looking to score some cash. Sure, now its coins that strike his fancy. From what I am told, kids' craving for money will only get worse as they get older as the denominations of the dollar they demand become larger.

Do you think my wife will mind if I buy the new Nintendo video game system which comes out on her birthday to "share" with our child?

You know what? Being a parent is and will continue to be the best thing ever!
at 3:20:00 PM Posted by Scott Sabol No comments:

Where have we gone?

Email ThisBlogThis!Share to TwitterShare to FacebookShare to Pinterest
Contrary to popular belief among the blogging world, "eveningwithsabs" is not defunct. The chatrooms are filled with conspiracy theories speculating on the dormancy of our blog. Some claim that we are a secret government department--kind of like Area 51--whose job it is to do covert intelligence operations that will have political and socio-economic implications in third world countries and that Bono is really pissed. A few have even postulated that we have manipulated the universe on the quantum level creating a rift that has changed the alignment of the solar system and that we are responsible for Pluto being kicked out of our local planetary fraternity. 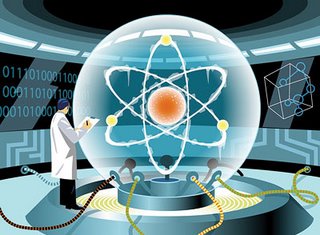 These erroneous rumors, bordering on apocalyptic need to be put to rest with some clarification.
One, we are not in the intelligence business although I'd love a tour of Area 51. (Does Will Smith live there with Tommy Lee Jones?)

We do not, nor does anyone else, have the capability of manipulating the fabric of the quantum world in interstellar space creating rifts that are felt on the planetary scale although that does seem kind of cool.

You know what the REAL reason for our blogging sabbaticle?...our hibernation from communication?

Truth be told, I've been a lazy bastard and frankly too busy!

However.......I now promise to rededicate myself and the rest of the team to produce fun, informative AND entertaining tidbits for you pleasure. The first of which will be later on this week with some badly overdue vacation picture from last month.

The Rapid Departure of Summer

Email ThisBlogThis!Share to TwitterShare to FacebookShare to Pinterest
I just finished a graphic illustrating the 6th named tropical storm of the season named Florence (which resides in the central Atlantic) when it hit me: Summer is basically over! I'm guessing this thought was coalescing inside my cerebral cortex ever since daytime temperatures fell to a pedestrian 73 with heavy cloud cover but it just took a week or so for it to surface.

Whatever the catalyst, September is here and I'm caught in the middle of being distraught at the loss of daylight and afternoon heat with the relaxing feel of cooler nights and mild days coupled with a fountain of colors spanning the entire spectrum which will soon blanket the leaves (due to the absence of chlorophyll) as autumn begins.

Honestly, I love summer but I love autumn even more. It reminds me of splitting wood with my dad, my mom taking all of kids to ball practice after school, playing football in the backyard in Hudson, the smell of the wet leaves on the ground as we raked them up after an afternoon rain, the Browns when they were good.....you know, the good things about the changing of the seasons.

We've already seen the emmergence of those dark, mid-level clouds on more than one occassion which foreshadows not only prolonged overcast days but yes, the return of lake effect snow.

The road construction on the interstates is either finished of winding down. This in and of itself is great but it also signifies the return of colder weather and eventually salt trucks.

The Indians are almost mathematically eliminated from the playoffs.

The Browns have gone through 57 starting Centers and the season hasn't even begun yet.

So unless someone has invented a method of changing the tilt of the earth on it's axis, the warm of summer will soon be a distant memory the leaves will soon be a sea of brilliant colors and the snow will be flying.