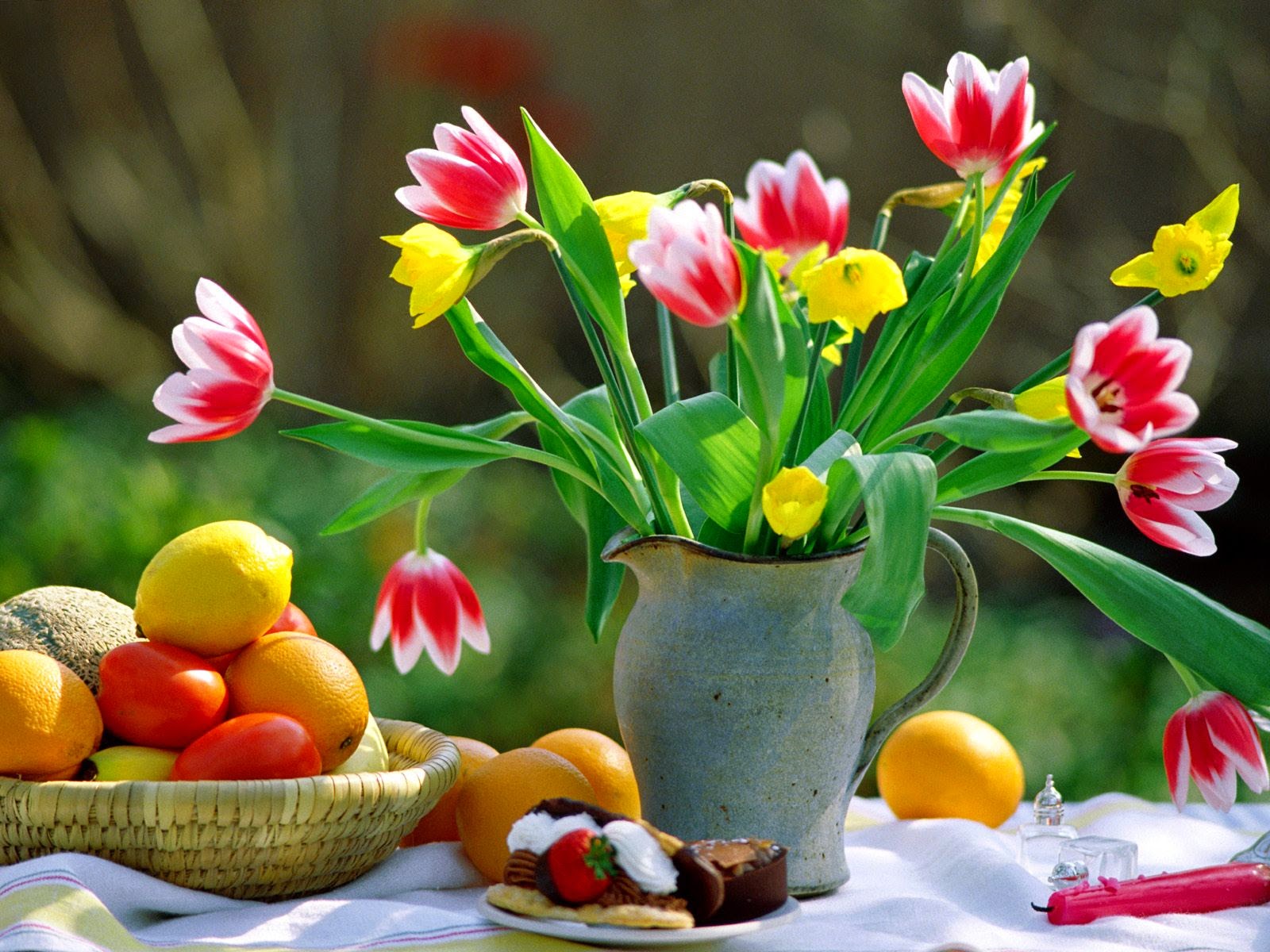 "It seems like we go straight from winter into summer nowadays."

Its by far one of the most frequent comments I get this time of year. But is it true? Are those traditional spring days from yesteryear being replaced by quicker transitions from winter to warmer days?

A tall order for sure. So rather than relying on our perceptions (I've written extensively how our senses and selective memory fools us by placing more weight on more recent events that match up with our inherent biases) in determining whether or not this "winter-to-summer" trend actually exists, I looked up the average temperatures each day during the meteorological spring months (March through May) over the last 50 years. I plotted the average daily temperature and ran a linear regression of all 92 days (March through May) for each year since 1964 (last 50 years) to determine the rate of warming for each spring. 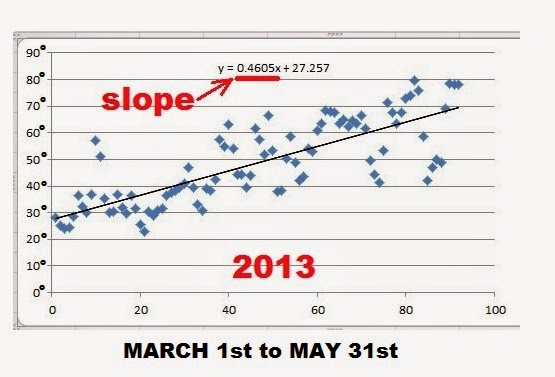 The "slope" if you remember from grade school math represents the trend. So in last year's case, the slope or trend was a 0.46 degree INCREASE per day from March 1st through May 31st.

Here are the TOP 10 and BOTTOM 10 with the year of occurrence:  Only 2 of the TOP TEN occurred in the last 20 years. 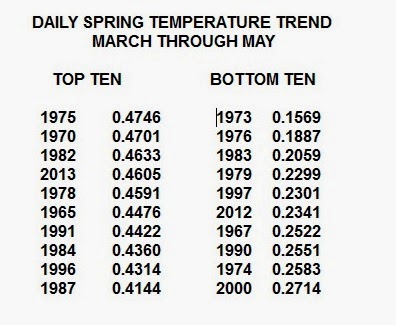 Back to the original question? ARE SPRING TEMPERATURES DISAPPEARING IN FAVOR OF A FASTER TRANSITION FROM WINTER TO SUMMER?  MORE IMPORTANTLY, IS THERE A LONGER TERM TREND IN THESE YEARLY SPRING TEMPERATURE TRENDS?

I plotted each year's trend with the trend line. The long term trend over the last 50 years is negligible. 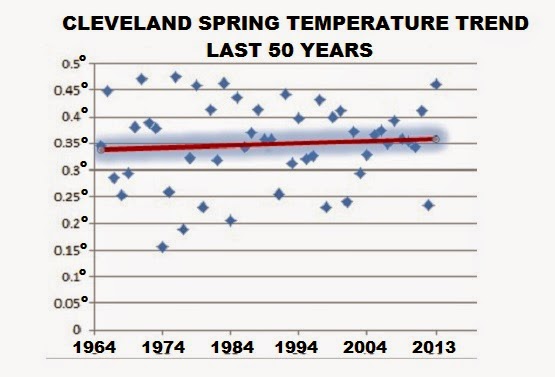 However, the same temperature trend data in bar graph form shows HIGHER INCREASES in consecutive years since 2000 (except was 2012).  The increase over the last 15 years is steady around 0.35 degrees per day in spring. We also saw some long stretches in the 1980s equal to recent years.

The 1970s though saw WIDER VARIATION YEAR-TO-YEAR with SMALLER INCREASES compared to recent years of about a tenth a degree lower than the last 15 years. 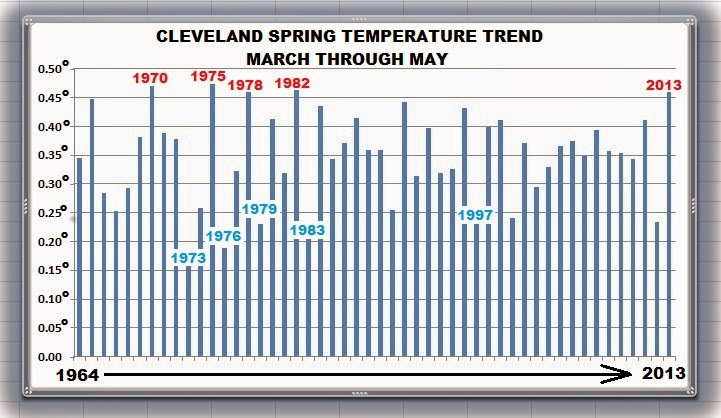 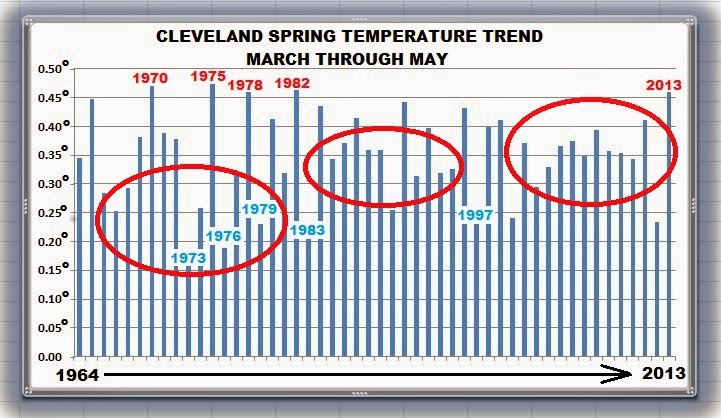 So when someone says "Its seems as if spring is shorter" or "We're jumping from winter into summer faster now than in past years", it seems they would be right...but for a different reason.  These changes of a few tenths of a degree over many years are imperceptible to us. My guess is that we take the short term weather changes (a sudden drop from 75 to 35 for example) and believe these changes reflect bigger changes over longer periods. Its a classic example of the RECENCY EFFECT.