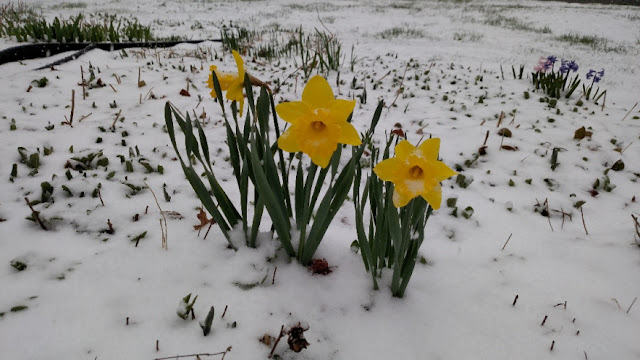 We often think that our location has the greatest weather changes. Often times that's true. I can count the numbers of times when people say "That's Ohio weather. Wait 5 minutes and it'll change." The perceptions are powerful. I wrote about this a few years back which you can read HERE. But when we look at the entire middle of the country, the locations that see the greatest frequency of day-to-day temperature change might surprise you.

How did I figure this out? I downloaded the high temperatures for each day for 20 cities over the last 50 years. (I would have downloaded further back in time and more cities but I ran out of time and computer speed). I found the day-to-day temperature differences and counted up the instances when it was more than 20 degrees. Finally I tabulated the totals for each month and graphed them below.

The central of the US features the largest day-to-day temperature swings especially in March and April. Eastern Nebraska, northeastern Kansas, northwestern Missouri and portions of Iowa and southern South Dakota.

Also notice the pockets of higher frequency across Ohio and western Pennsylvania in March. Another localized pocket is located over northern Illinois and portions of Wisconsin in May and June.

When you look at the biggest changes between daily high temperature and low temperatures, the high frequency area shifts to the panhandle of Texas and Oklahoma.

What is the largest temperature difference between high temperatures and low temperatures between days in Cleveland?  Lows were close to ZERO the morning of March 8, 1986. By the afternoon of March 9th, the temperature was in the lower 60s...almost 70 degrees by the 10th! 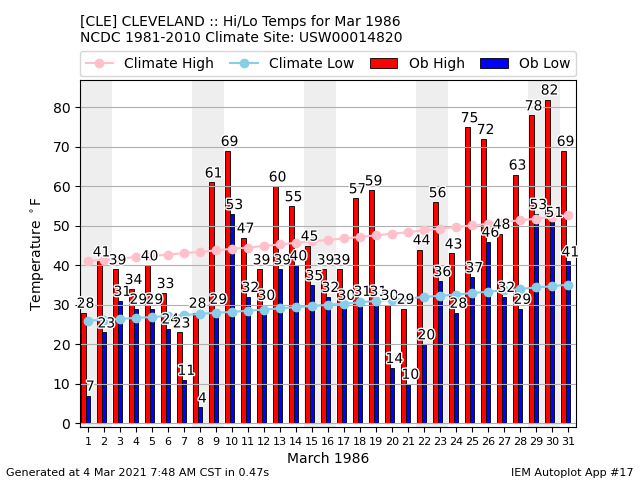