20 Years Since 9/11: My Memories From The Newsroom That Morning

The power of the images and videos from 9/11 can still be felt. We relive that day each year. It so happens to be my dad's birthday. Back in 2013 I added some observations that I missed in my ten year retrospective. Below is that published retrospective.

I thought back in 2011, looking ahead to 2021 the day would still bring up the same emotions.  But like other traumatic events of the past like Pearl Harbor, the raw 9/11 memories would gradually fade--though never completely--into the background of our national consciousness. I was wrong. 9/11 is like a cut on your arm that never heals completely. Its taking a lot longer than I would image. Its crazy to think that most people in their mid 20s might not have solid memories of the events of that day in 2001 because they were in early grader school.  All high school and college students have grown up in a post 9/11 world. They know nothing else.
Below is my post from last year which recounts my 9/11 experience in the newsroom as the events unfolded.  I'll never forget it.
=============================================== 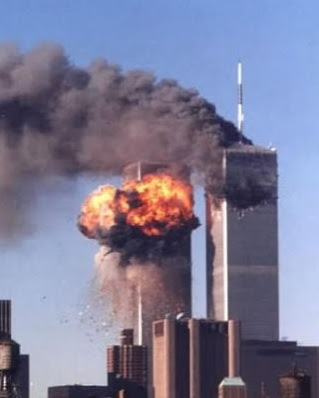 My memory of 9/11 actually begins the night before. My wife and I were--let the cold shivers begin--planning a trip to visit her friend in New York City. We were on the web looking at maps of the city familiarizing ourselves with the locations of the tourist attractions in relation to where my wife's friend lived in Queens. At that time, never having traveled to New York City, the NYC street grid was as foreign to me as a city grid of Moscow.
I distinctly remember pointing to several spots on the map of Manhattan and Long Island that I wanted to check out on our trip. Queens, the Statue of Liberty, Central Park, Yankee Stadium, Greenwich Village and the World Trade Center. As we studied the map, I made mental snapshots of the region remembering how far Yankee Stadium was from the subway stop, etc. It was getting late that night. I had to get up to go to work at the local NBC affiliate the next day. I was the morning meteorologist at WSAZ in Huntington, West Virginia back then so I needed to get up at 3AM.
The morning of 9/11 started out as normal as any other day. Our morning show started at 5AM. The news was fairly typically. No outlandish stories although the "big" story that summer was shark attacks.  I don't know what I remember that.  The weather was quiet. I remember a powerful hurricane off of the New England coast named Erin but that was heading away from land. This monster hurricane would be lost in the events of the day. 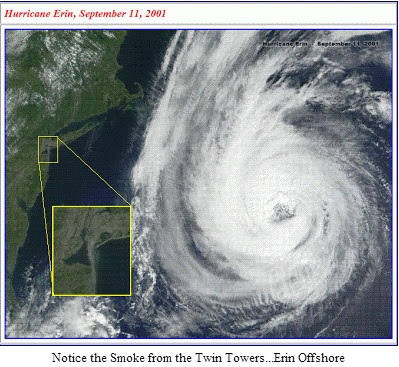