So far no ice has developed on Lake Erie this winter through January 6, 2022. 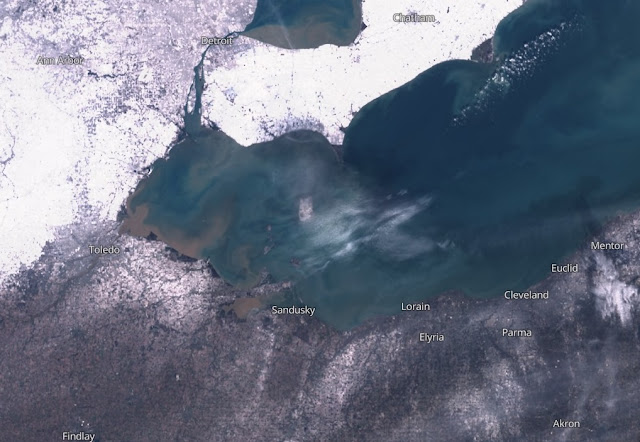 The Great Lakes as a whole is void of significant ice. 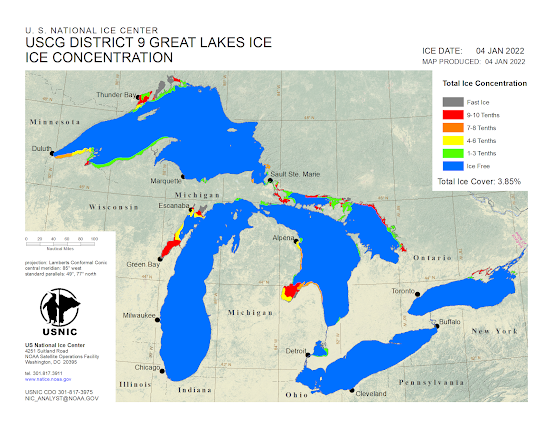 There have been 12 winters (since 1972 when records began) where no Lake Erie ice was reported through January 5. Over those 12 winters, 6 ended up with at least 70% ice coverage for at least 3 weeks later in the winter!

Lake ice development is directly influenced by the duration of cold temperatures.  The longer the temperatures stay cold, the faster and more expansive the ice coverage.

Last winter I did some research on the years where ice coverage increased rapidly and the temperature conditions that were present for this to happen.

For example, in 2019 the average temperatures over the period of Lake Erie ice coverage expansion (roughly a 2 week period) was WELL BELOW NORMAL across a large portion of the Great Lakes. 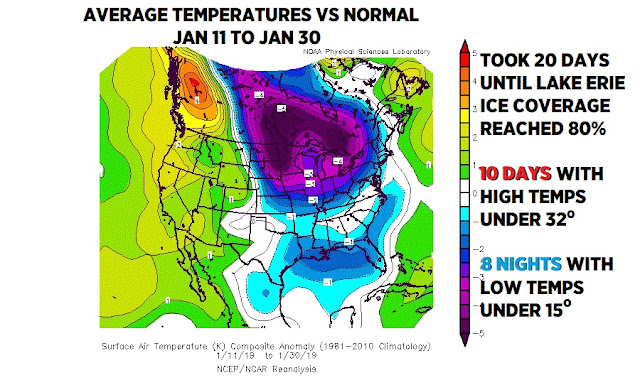 In similar years, the average amount of time of ice coverage expansion from 20% to 80% was roughly 2 weeks. 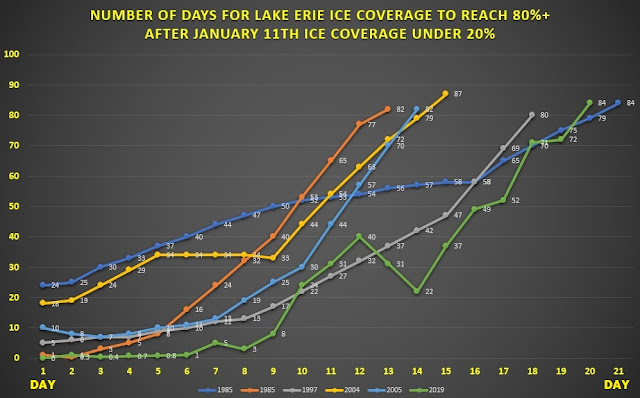 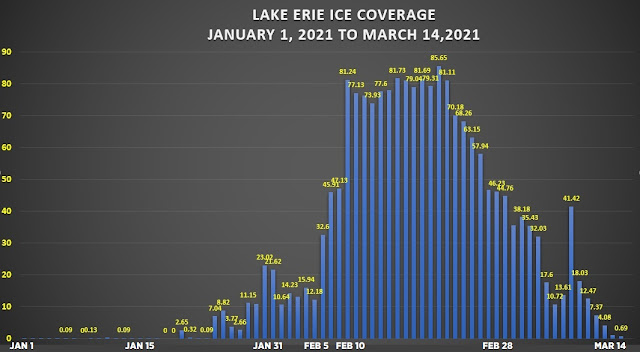 Look at the temperature vs normal from late January through mid February. It's no wonder the ice started forming this fast.
So what's the take home message from this research?
* We still have some time to develop ice on Lake Erie
* Water temperature still needs to drop this month
* Ice coverage can significantly expand well into February
* Temperatures need to get significantly colder for at least 10 days (highs in the 20s) to develop significant ice (above 70%).
This has to occur between now and the first 2 week of February
* By mid March, lake ice begins to melt in most winters. Here is the weekly ice coverage for all winters from mid February to mid March: