So what happened?  Why did the snowfall amounts trend higher? 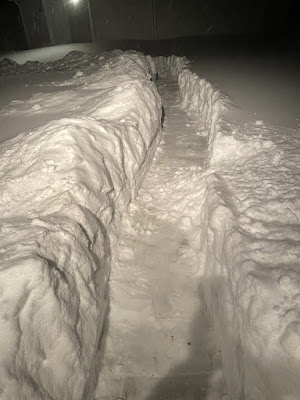 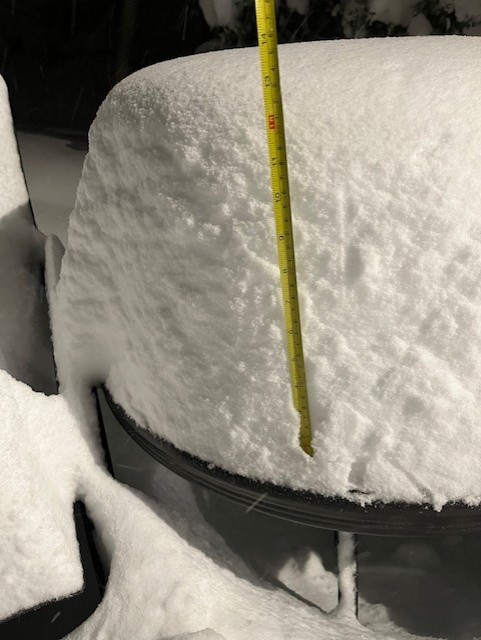 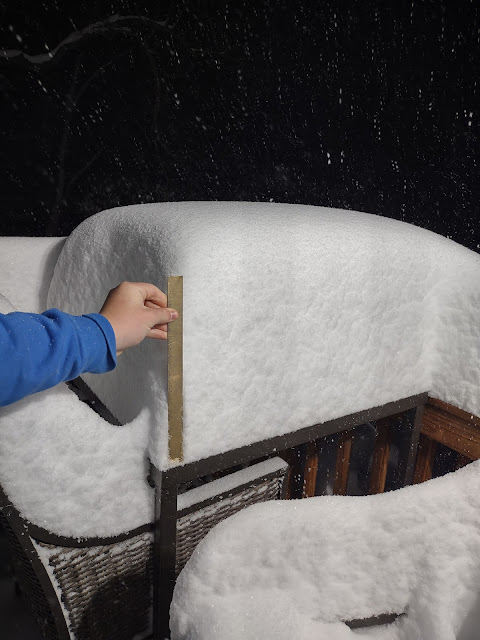 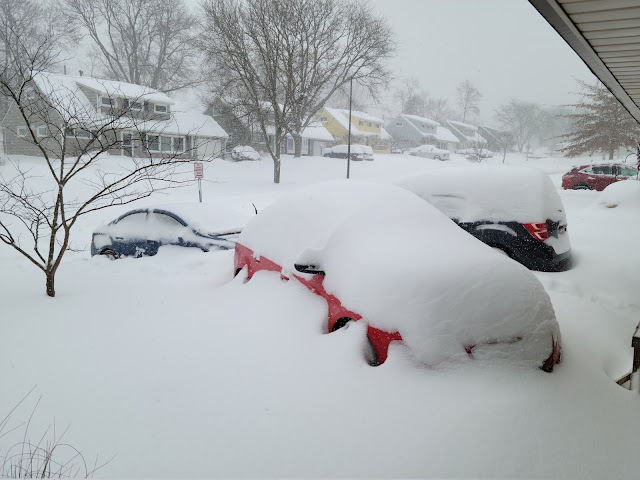 Late Sunday evening model started to show rapidly rising air (10,000 feet) on the northwestern quadrant of the parent low Sunday night/early Monday: The warmer colors along the Ohio/PA line was the catalyst for the heavier snow burst overnight. Watch the warmer colors spinning around low. This greatly contributed to the 4-5 hour window of snowfall rates of 1-2" per hour!

The result was this radar trend between Sunday afternoon and midday Monday.

Base reflectivity radar loop from midnight to noon Monday January 17

Again, our 12 inch snowfall forecast cut-off was shifted west slowly each day. The actual 12" amounts verified west by about 20 miles west of our final forecast

Overall snowfall totals from Friday through Monday. (some numbers might be too low as this is a compiled map from previous reports) 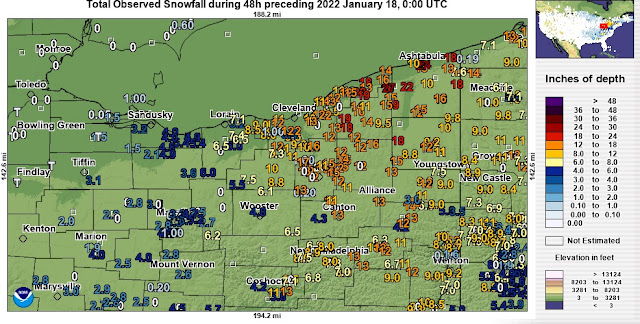 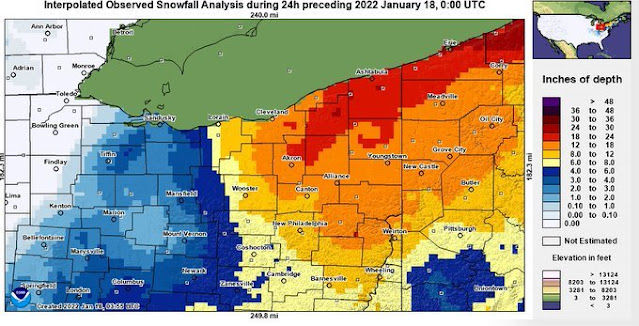 After every big weather event, its easy to Monday morning quarterback snowfall forecasts. I do it too. After forecast snow events for more than 25 years, I've seen computer models blow up snowfall amounts (once more than 35" across half of the state) only to back off at the last minute. I've been burned when trusting models verbatim many times. So here are some pointers for everyone and future forecasters:
*  Models are only ONE forecasting tool not Gospel. Don't use model trends verbatim.
*  Weather forecasting has and will always have a human element
*  Using a blend of models or a trend model forecast doesn't mean the forecast will be more accurate
*  Use history as a guide but not the only guide
*  Take into account how the public will perceive your forecast knowing you'll need to augment it
How about some common questions and comments:
QUESTION:  "So why didn't up the snowfall forecast to reflect the changes in the models?"
ANSWER:   As said earlier, forecasts are not made solely by model output. Should more adjustments have been made toward high amounts further west? In retrospect perhaps. Some changes were made Sunday evening. Remember that this rarely happens here. SEE MY POST HERE
STATEMENT:  "Models predict snowfall.  Models predict rainfall. This seems easy."
RESPONSE:  Hardly.  Models don't forecast snowfall specifically, they forecast liquid precipitation then translate it to snowfall using a ratio (often times 10 to 1 but not always). All snow events are not a continuous 10:1 or ratio. The ratio changes over time. The trick is determining what the ratio is and how long/intense the snow.
COMMENT:  "We weren't under a winter weather advisory on Saturday yet we got 5-10" of snow Monday. We weren't prepared for this!"
RESPONSE:  I disagree. The seeds of this stormy pattern were showing up around Christmas.  We started mentioning the high potential for snowfall 5-6 days before the event. Initial snowfall forecasts were made early Saturday.  Adjustments were made Sunday morning as advisories then warnings were issued for western counties"
COMMENT: "I had 5 inches of snow in my backyard yet my county was under a warning. Wasn't that overkill?"
RESPONSE:  Back on Friday we mentioned that their would be a sharp cutoff west to east between super heavy snow and less amounts due to the position of the storm.  Eastern half of many counties received 12"+ while the western parts received half of these numbers.  Advisories and warnings are issued on a county basis knowing that local snowfall amounts will vary over short distances.
REMEMBER: Weather doesn't stop for county lines.
COMMENT:  "I saw the storm strengthening in Virginia. You should have predicted more snow."
RESPONSE: "Strengthening storm systems hundreds of miles away DOES NOT necessarily translate to more snow in northern Ohio"
QUESTION:  "What have you learned from this snowstorm?"
RESPONSE:  "Great question. I am studying all aspects of the storm and the conditions that were present in an effort to better forecast the next one. I've also realized that people will react to snowfall forecasts differently depending on how they experience the snow (psychology and perceptions).  As communicators of weather information especially snow, we're damned if you do; damned if you don't."

"Snowfall forecasting especially with major snow storms are multifaceted and highly nuanced and never made in a vacuum. Adjustments were made by ALL meteorologist both on TV and within the National Weather Service as the situation developed. If we would have posted 16-25" initially people would have said we were crying wolf if it didn't work out. I've seen it a hundred times."

There is a psychology behind our forecasts. We try not to show too much uncertainty yet it's an integral part of the behavior of the atmosphere. We try not to downplay too much.  We try not to over emphasize. People selectively perceive weather forecasts to fit their individual reality. I always formulate my forecast narrative around the question: "How is the viewer going to interpret what I say."  See below... 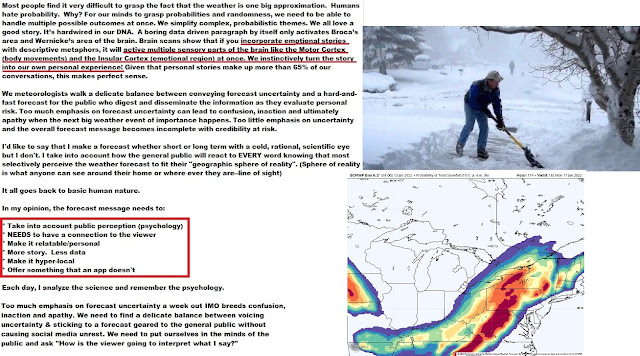